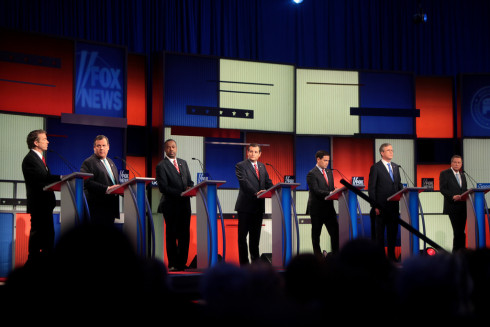 The Democrats have no essential bench strength of young up-and comers, and they are living through the aftermath of when they lost their supermajority in 2010. The Republicans took the statehouses and for the second census in a row, gerrymandered the democrats into a house hole.

Maybe they can reseed, but the Bernie Sanders Campaign exposed deep divisions. How else to explain why they offered up such a lightning rod of a candidate in 2016, without the gaggle of contenders the Republicans had?

But the Republican fissure is deeper, as they’ve been in control with a coalition of interests that hate each other badly. Some party leaders dared to distance themselves from their own candidate, including House Speaker Paul Ryan.

Small government fiscal conservative types, the small but vocal minority, are having a hard time with the big spending warfare state defenders. The social conservatives and finding themselves further and further isolated, but can’t certainly go to the Democrats. Those who just want to govern from the middle are getting hammered from all sides. The party is clearly deeply divided on immigration and international trade policy.

Only the imbedded power structures erected to keep control with the elite are stopping the parties from necessary realignment and reformation.

NEXT: The populist surge forces haven’t been addressed