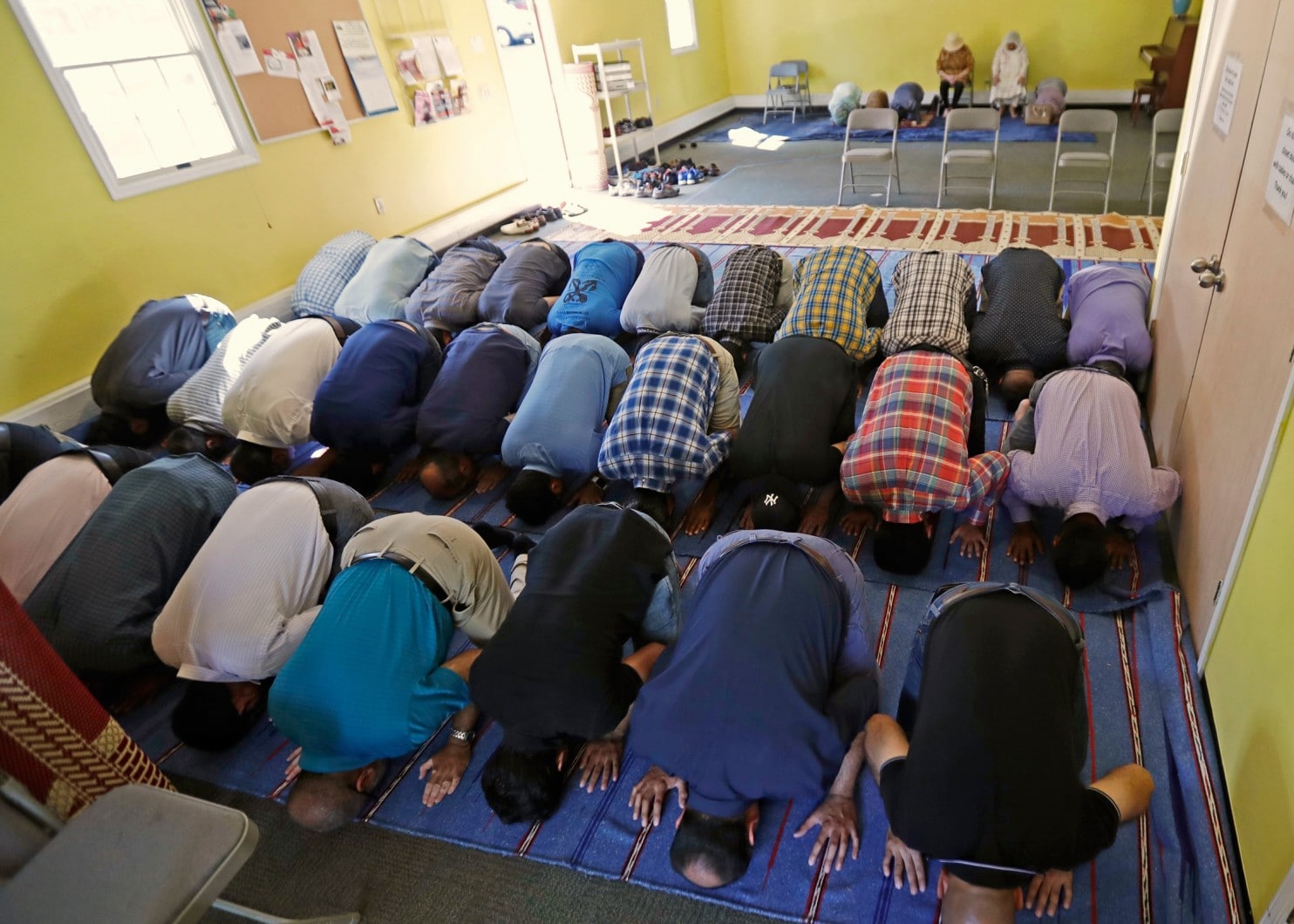 Not even Trump’s recent travel ban can prevent Muslims already in America from practicing their faith openly in houses of worship of their own choosing.

Do Muslims have the same right to build religious mosques as Jews to build synagogues and Christians to construct churches?

The Religious Land Use and Institutionalized Persons Act, passed in 2000, insists that they do.   The law specifically protects individuals, houses of worship, and other religious institutions from discrimination in zoning and land marking laws – and it allows for no differences based on religious faith.

But that hasn’t kept dozens of local city and county councils and planning boards from denying building permits to Muslim congregants in recent years.

Against a backdrop of angry citizen protest, much of it infused with Islamophobia, public authorities have rejected these permits citing “land use” concerns, including the threat of sewage spillage, excess parking space, and traffic congestion.

But Muslim communities have begun fighting back, and thanks to a last minute gesture of support from President Obama prior to his departure from office (see my earlier story), they are winning in court, too.

In May, a federal judge ordered the planning council of Bernard Township, a majority-white New Jersey suburb of 26,000 people, to pay the Islamic Society of Basking Ridge $3.5 million in damages for denying the group a mosque construction permit back in 2013.

Another prominent example is Des Plaines, Illinois, where a Bosnian Muslim community was denied a building permit to convert an apartment building into a mosque.  In June, a federal judge ordered the city to pay the Muslim community $580,000 in damages.   He also required the city to post a pledge on its web site that it would comply with the Religious Land Use and Institutionalized Persons Act (RLIUPA).

“The city has never before been accused of a RLIUPA violation and it doesn’t intend to ever again have to go through this,” the city’s general counsel Peter Friedman said after the settlement was announced.

In both of these cases, the Obama Justice Department joined the local Muslim group’s lawsuit, adding considerable weight – and urgency — to their legal challenge.  The Bernard Township case had languished for nearly two years before the Justice Department filed its own civil rights-based lawsuit in support of the plaintiffs.  The same was true in Des Plaines.

In rendering their decisions, the courts acknowledged that cities did — and do — have legitimate land use concerns.   But those concerns couldn’t be used to deny a permit outright, especially if other religious groups were exempt from similar restrictions, they argued.

In Bernard Township, the judge ruled that the Islamic Society would have to cut the number of parking spaces, limit occupancy inside the mosque, and refrain from using outdoor loudspeakers to amplify their religious services.  At the same time, as in Des Planes, the judge ordered Bernard Township to conduct diversity training for its employees.

It’s tempting to view this spate of recent legal victories as a kind of judicial push-back against the Trump presidency, and to a certain extent, the latest decisions do seem calculated to ensure that today’s increasingly hostile climate toward Muslims – including soaring numbers of “hate” crimes —  is abated.

But, in fact, not all of the latest court cases involve Muslims.  Some involve discrimination against other religious groups, especially Jews.  In Ocean Township, New Jersey, a Jewish group, known as a yeshiva, filed a lawsuit in 2016 after the city’s zoning board denied it the right to build a Talmudic learning center.

The case was unique in some ways because a city ordinance had banned all religious academies within a 12-miles radius of the township’s center.  On its face, the ordinance did not appear to be singling out any one religious faith.

However, in its lawsuit, the yeshiva contended that the zoning board’s denial stemmed from “animus” toward Orthodox Jews and “unsubstantiated, undefined and biased fears about the men attending the yeshiva.”   According to the group, Orthodox Jews were referred to in some online comments as “locusts,” “dirty,” “religious zealots” and “long coat gangsters” who belonged to a “cult.”   In the end, the court agreed that the city had acted unreasonably.

Ironically, despite signs of anti-Semitism from a vocal minority, Jews are prominent in Ocean Township and a number of other coastal New Jersey towns where similar lawsuits are pending.  However, it is often that growing presence and the prospect of cultural integration that sets off the fiercest reaction.

Muslim American groups are clearly cheered by their recent victories.  “Municipalities around the country should pay close attention to what happened in Bernards Township,” Adeel A. Mangi, lead counsel for the mosque, told My Central Jersey. “The American Muslim community has the legal resources, the allies and the determination to stand up for its constitutional rights in court and will do so.”

Trump, despite past statements opposing mosque construction, thus far has shown no signs of reversing the Obama Justice Department’s position in these cases.

Republicans, in fact, were in power when the current wave of mosque construction got underway.  Moreover, many GOP leaders have warned against alienating a voting constituency that has the potential to influence election outcomes in key swing districts throughout the country.

For Muslims especially, the latest decisions are a good sign that religious tolerance is alive and well among mainstream Americans.   In the end, not even Trump’s recently approved travel ban can prevent Muslims already in America from practicing their faith openly – in houses of worship of their own choosing.  There is room for intelligent compromise between competing claims for public space within religious and secular society.  Anti-Muslim and anti-Semitic hysteria, while potent, is the preserve of extremist groups operating on the margins.