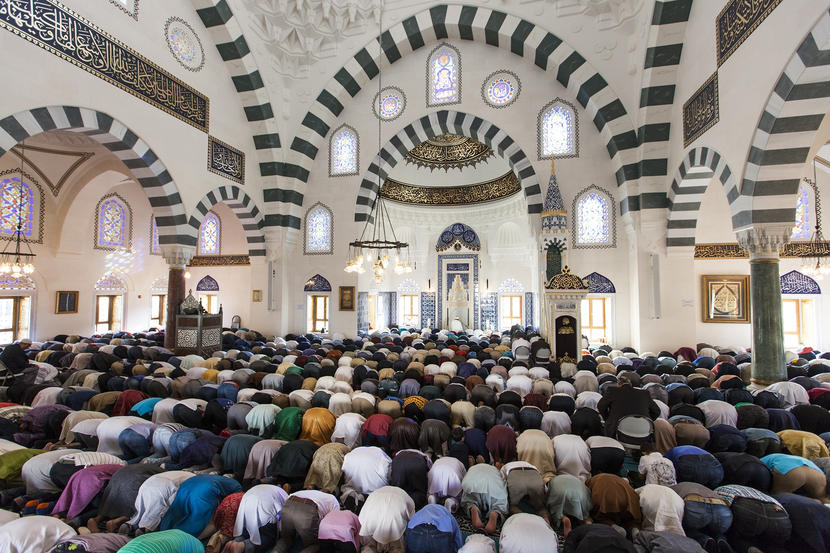 A flurry of Justice Department lawsuits as Trump prepares to assume the presidency.

It’s been happening all over the country for years:   Muslims immigrants of different nationalities banding together to build mosques to celebrate their faith.  And predictably, perhaps, there’s been a fierce backlash from some native-born Americans who are against the new construction surge.

In many cases, local city councils and planning boards have turned down a Muslim association’s application for a building permit;  the group’s plans have gone awry, leaving its congregants, many of them long-time American citizens, angry and confused.

But in the waning days of the Obama administration, Muslim mosque-builders have found a powerful new friend:  the White House. With barely a week to go before the inauguration of a new president who has promised a tough crackdown on Muslim immigrants, the Obama Justice department has begun filing lawsuits against local governments that have denied the mosque building permits, arguing that their actions violate the 14th amendment and the Religious Land Use and Institutionalized Persons Act, which specifically protects religious worship construction from racial discrimination.

Muslims mosque construction is hardly new.  But with the arrival of large numbers of Muslims immigrants beginning in the 1990s, the pace has increased.  However, following 9/11 and the more recent terrorist attack in Boston, concerns that mosques might become recruitment grounds for radical jihadis, or worse logistical centers for Al-Qaeda, and more recently ISIS, have grown.

Conservative organizations like the Center for National Security, a number of ex-FBI and intelligence officials, and prominent Republican members of Congress have sounded the alarm, charging that Muslim mosque construction constitutes a “national security” threat.

Donald Trump, for much of his presidential campaign, echoed these charges, arguing that the mosques should be subject to close surveillance and even calling for some to be closed.  Muslim American groups have fired back, demanding their right to religious freedom.  However, in recent months they have also launched publicity campaigns in conjunction with other religious faith groups hoping to defuse hostility, even organizing visits of non-Muslims to their mosques.  These efforts have increased dramatically since Trump won the presidential election two months ago.

Culpeper, a rural Virginia county a short drive south of Washington, DC, may be ground zero for what is fast turning into a new culture war surrounding Muslim mosques.  Culpeper Muslims had congregated for worship beginning in 2011 but were meeting in a cramped house adjacent to a used car lot.  Their congregation was growing as the number of Muslim immigrant families in the area swelled.  It took them five years to find a nearby site that seemed appropriate for the mosque they had in mind and they dutifully applied for a permit.

But after a wave of local protests, the Culpeper city council turned down the Islamic Council of Culpeper (ICC)’s land use permit, citing problems with sanitation and sewage.  The ICC charges that the permit rejection was strictly political and had nothing to do with land use issues.  They cite numerous other instances across the United States in which their construction permits have been denied, ostensibly based on land use concerns — sewage and parking being the most common — but in fact, due to thinly-veiled Islamophobia.

Officials in towns like Culpeper and Bernard’s Township, New Jersey, where another fierce dispute continues, argue that courts are overstepping their bounds.  In the New Jersey case, city officials relied on an assessment from a civil engineer who argued that the mosque applicants had grossly underestimated the amount of parking space that would be required to accommodate future mosque congregants and the mosque would constitute an undue burden on the land and local traffic.

Muslim religious activists claim that these issues are classic “red herrings.”  These same towns routinely approve land use permits by Christian groups seeking to build churches and Jewish groups seeking to construct synagogues, they say.  And they are not required to meet the onerous and seemingly arbitrary burdens imposed by local governments — often late in the planning process when it is too late to modify their construction and financing plans.

But local officials dispute that claim.  They argue that each case is different and cannot be treated under the same narrow rules of strict equivalence. Muslims because of their religious observance schedule – many individual congregants come straight from work on Friday nights, alone in their cars – have greater parking needs, they argue, and that means a different parking space standard might be applied.

Who’s right?  A federal judge in December struck down as unconstitutional the Bernard Township’s rejection of a local Muslims group’s construction permit.   The Justice department has just filed suit in the Culpeper case, and a flurry of additional actions may be coming in the few days left before Trump takes the oath of office.

All this could change, however, if Senator Jeff Sessions, who has previously supported a crackdown on mosques, is confirmed as Trump’s new Attorney General.   Obama, who waited until early this year to make his first mosque visit, is trying ever so belatedly to stem a rising conservative tide.  But there’s nothing to keep the incoming administration from reversing course and naming dozens of new circuit and district court judges that could well side with localities in future disputes.