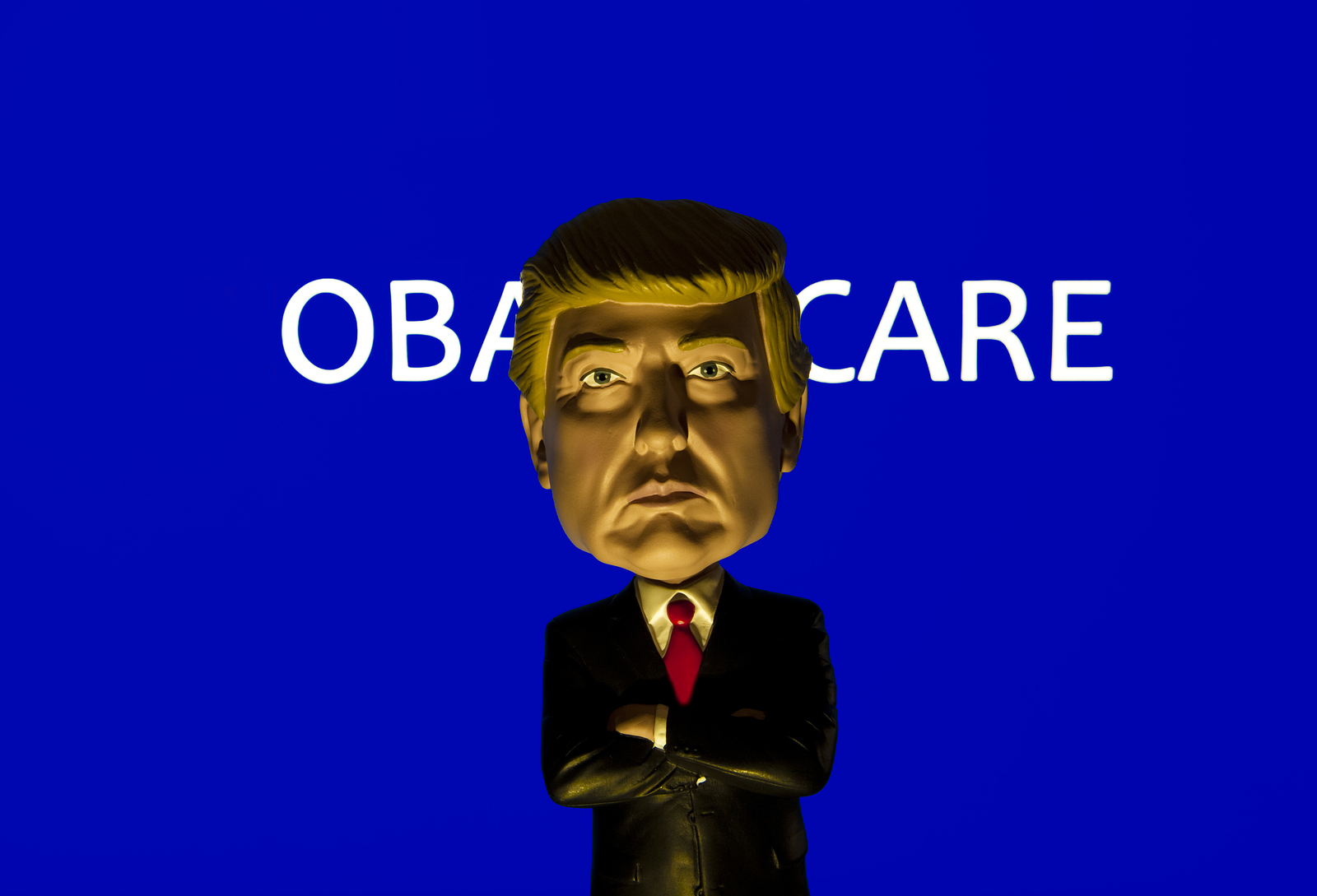 Absolutely amazing. Even tragic. The Republicans railed against the proven failure that is Obamacare for years and voted at least half a dozen times to repeal it. It was the most important issue of the entire 2016 election. Then the GOP gained control – House, Senate, Presidency – and what happened? So far, nothing. There is no agreement on what a replacement should look like. It is entirely possible that four years from now, nothing important will have changed.

Who or what is at fault? People blame partisanship, special interests, public opinion, plots, bad leadership, annoying lobbyists, feckless careerism, the Democrats, the moderates, the conservatives, the CBO, the insufferable media, and Trump’s notorious lack of interest in the details of the legislative process. But really there is only one underlying source of failure: the failure to understand.

The root reason why Obamacare will last the current regime is intellectual. We should take it for granted that everyone in this debate wants more, better, cheaper health care for all. The intellectual failure is a lack of clarity about how to get there.

A real free market in health care would provide affordable, high-quality health care for all, not as a matter of right, but rather as a matter of market logic. How do we know? Look at any market that is largely free. The impossibly brilliant and complex smartphone went from luxury to mainstream in a mere 10 years. The same is true for millions of services, from groceries to clothing to home appliances to software. The driving logic of competitive markets is to provide universal access.

Even in other forms of health care that are free of government control, we see this trajectory. Pet care is affordable, universal, and available at so many levels. Cosmetic surgery is the same. You can get nearly anything done to your body for less than the typical deductible of standard insurance. And consider free health care markets abroad: in a place like Lebanon, prices are one-tenth of the US for great service.

In today’s peer-to-peer economy, I can get a burrito delivered to my desk for $6, with no advance subscription service. I can get my groceries brought to my home for a small service fee. I have access to all the world’s information in my pocket, most of it provided for free. But, at the same time, I and everyone else have to pay exorbitant fees just to gain access to simple medicines to fix a sinus problem, and even then we risk being on the hook for more money than it would take to buy a nice car.

The system is not working, but there is no mystery about what would fix it: an open and competitive market. The free market delivers prosperity to all. It would do the same with conventional health care. The evidence for this assertion is everywhere around us, so present that ideologues have to shuck and jive to deny it.

Why can’t we get there? The people with decision-making power lack confidence in the solution simply because doing so would require a level of understanding which they seem either incapable of or unwilling to embrace. The belief that you can legislate your goals into being has subverted the courage it would take to repeal everything that stands between us and a free market.

A particular frustration in this debate concerns the treatment of “preexisting conditions.” Politicians like Trump think it is just fine to speak and tweet about the need to preserve prohibitions protecting people with real health problems. But from this position flows the main problems in health care today.

The cause of our current death spiral was precisely these prohibitions. If you are telling an industry how they must deal with a certain class of consumers, all the rest of the problems follow. That’s why there are the three pillars of bad and expensive health insurance: Guaranteed Issue, Community Rating, and Essential Benefits. They should be renamed: Forced Provision, Price Controls, and Production Quotas.

Put all those together and you drain the insurance market of all of its commercial features. It doesn’t matter if the insurers, service providers, and payment source are all private. It is no longer private enterprise. You lock down the market and make it impossible to operate properly. Competition is drained out of the system.

Starting in his campaign and continuing throughout his presidency, Trump has made the preexisting condition mandate a condition of his support. Trump’s role has been devoid of any principle but this one, because he cares only about the optics and not the substance. That alone made the Republicans’ job impossible. They can do nothing but generate fake bills that bluster about “repeal and replace” but don’t actually do anything substantial to restore competition.

Imagine an alternative universe, one in which Trump actually understood the health care problem (and wanted to do the right thing). He might have given serious speeches on the topic. He could have boned up enough to present his point in interviews. He could have rallied the public in the same way he did on issues of immigration and trade, or the way Ronald Reagan rallied the public on tax cuts.

Trump could have explained that the fixation on preexisting conditions is nothing more than a ruse to preserve government control that restricts access. There has to be flexibility on the part of insurers to behave like real insurance companies. They must have the freedom to decline issue, to price coverage, to offer any and every variety of plan. And yes, in the short term, some people would lose coverage. That is what happens when you impose an unsustainable plan on top of markets.

But if markets are allowed to work, this would change over time, and much more quickly than people think. New entrants would rush into the market and competition would drive down prices for everyone, regardless of preexisting conditions. Institutions would make profits by providing for these people’s needs. The P2P market would get to work. When you deregulate medical provision, there is nothing to stop it from being as accessible as software and groceries.

Frederic Bastiat was the first to describe the problem. People who want to preserve the existing system are looking at the seen beneficiaries rather than the unseen costs of regulating against a free market. This amounts to a failure of imagination. The reformers have failed to comprehend – and so they cannot persuasively argue for – the creative and transformative benefits that would flow from freeing the sector.

A related fundamental error is described by Henry Hazlitt: the failure to look at the effects of policies on all groups over the long run rather than merely focusing on the effects on some groups in the short run.

Yes, pushing public opinion and political consensus in a certain direction does take work. But it is not hopeless. People can learn economics. It takes focus and it takes concentration, but economics is not incomprehensible.

What is the alternative? For health care to go through current route: falling ever-further behind the market-driven direction of history, riddled with bureaucracy and undergoing unending pressure toward the disaster of single payer. This is an intolerable result.

The failure traces to a lack of understanding and imagination at the top. There is no other choice: the repeal and replace must be done at the lower levels of society, by people with an intellectual comprehension of the stakes and the real solution.