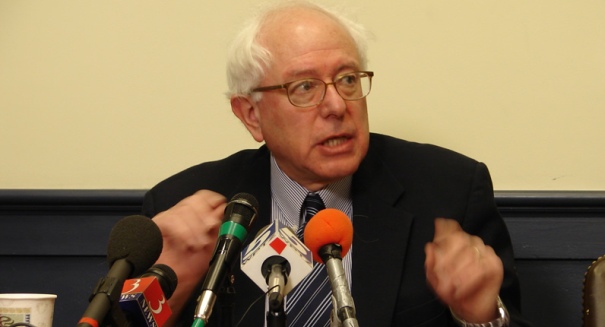 Sen. Sanders said those with student loan debt aren't truly free, but actually it's just the opposite.

Democratic Presidential candidate Bernie Sanders (I-VT), who describes himself as a “Democratic Socialist,” has seen enthusiasm for his campaign wane in recent weeks, and now he is pulling out a new idea to bolster his chances by appealing to the young people saddled with student loan debt.

This isn’t exactly news, but Sen. Sanders has chosen to equate those under the oppressive arm of debt with a lack of true freedom in this country, an idea that is completely off base.  In reality, massive student loan debt is an example of one of the greatest freedoms we have, the freedom to make the wrong decisions.

We all make many wrong choices as we grow older.  It’s actually a part of the process that helps us learn to make the right choices later on in life.  Unfortunately, making the wrong decisions comes with the responsibility for facing the resulting consequences.

Sen. Sanders tweeted, “Are you truly free if you graduate hundreds of thousands of dollars in debt? Are you free if you cannot pursue your dream because you don’t make enough to cover your student loan payments?”  This was in response to his proposal of taking $1 trillion of taxpayer money and cancelling all student loan debt.  And this is on top of a plan to make college tuition free to all in the future.

The part that the plan seems to forget is that the American taxpayers will be paying for the cancelling of the debt, including those who have dutifully performed their responsibilities by paying off their loans, those who decided a less-expensive way to get a job was more prudent, and those who didn’t go to college because they could not afford the ever-rising costs of higher education.

The old song-and-dance about merely taxing the rich to pay for social programs eventually ends up hurting the ones it intends to help, in the form of higher prices for goods and services passed along to the consumer to cover the additional taxes paid by corporations that want to continue to show a profit on the bottom line.

But under this umbrella, what other types of debt makes Americans less free?  A new car loan, purchasing a house in a gated community that you can’t afford, taking a year off to travel the world?  These things cost money as well and few high school graduates have that kind of money.  Should the government reimburse these indulgences as well?

You argue that a college education is not an indulgence.  Maybe you are right but taking out massive debt that you can never afford to pay back is.  You can go to another less expensive college, a community college, or a trade school for far less.  Or you can work and earn enough to pay as you go, if you must follow your dream route.

Nevertheless, taking on massive student loan debt is a freedom Americans have.  No one says you must go to this college, or that one, or that you must go to work immediately.  You have the freedom to pursue your dreams in any fashion you like, but you also have the responsibility to face the consequences of the choices you make.  This is where the government should be focusing its efforts, counseling recent graduates in making sure their paths and goals are realistic and advising them against bad decisions, not encouraging them with easy credit and pie-in-the-sky promises of debt relief.

No one points a gun at you and makes you take on debt you cannot afford.  You have the freedom to do just that if you desire.  On the other hand, if the taxpayer says I refuse to pay additional taxes to bail out others who made bad decisions, there is a good possibility the taxpayer’s freedom could be in serious jeopardy.