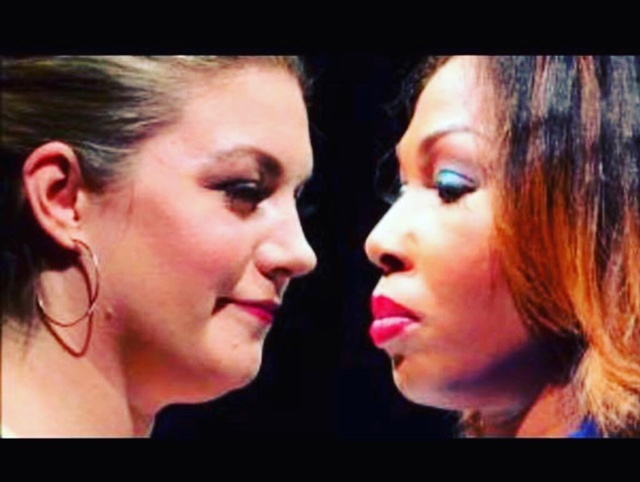 “Fifty years ago they said that single mothers were the downfall of America. Now that white women are single mothers, they’re calling it creative family structure. I’m here to say to you that all the narratives you get about what is wrong with Black women; I think Black women are the savior of this country.” ~Dr. Brittney Cooper at Essence Fest 2018

I am a 39-year-old Black woman from Talladega, Alabama. In 2017, I, like many other Black women throughout the state, worked fervently to send Doug Jones to the U.S. Senate. It was this experience that put me in contact with individuals from around the state and re-ignited my political fire. A few weeks later, my diligent work was honored at a Democratic Party banquet, as my canvassing efforts were instrumental in delivering Talladega County to Senator Jones.

In the days following this event, several individuals in attendance encouraged me to consider running for the U.S. House of Representatives (AL-03). Because the qualifying deadline was fast approaching, I had about a week to decide if I would take this leap into politics. After praying and speaking to my family, I decided this was my moment, and on February 8, 2018 I became a U.S. Congressional Candidate.

Just before qualifying, I learned there was another Democratic candidate; a 29-year-old white woman who was a former Miss America winner, whom already had a campaign committee. Although I was a political novice with supporters who were also novices, I was confident my support of Doug Jones, #AEIOU (Agriculture, Education, Innovation, Opportunity, Unity) platform, Doctorate of Clinical Psychology degree, and life experiences as the mother of four would garner support amongst Democratic leaders in the state. Ironically, it was during a Doug Jones celebration rally a couple weeks after I became a candidate, that I started to see this support would never come. But this only fueled my fire.

Throughout the month of March, I spoke at many meet and greet events around the state, sharing my story and expounding upon my platform, which began to generate a buzz. By mid-April, my confidence was growing, that is until a single meeting with a highly influential Black Democratic leader on April 25th. It was on this day, that I was told for the first time, to my face, I would not succeed because I am Black. Straight like that. Although this person spoke highly of my history of community organizing, life experience, and likability, he stated that because I was a Black woman, I did not have a chance. And so, began the chorus of other Black leaders in Alabama saying, “everyone likes you, but you’re Black, so…”

While this, was no doubt crushing, what angered me more was the narrative they were choosing to support instead of me. A white woman who literally started every speech with, “I was born to teenage parents and raised on public assistance.” Yes, the very narratives Black people have tried to evade for decades, was being touted as actual qualifications when they were uttered by a white person. If the Democratic leadership could not fathom supporting me, the Black doctor, author, and mother, imagine how my campaign would have gone if I used her script. It was eye-opening.

Despite the opposition I faced from all sides and having a largely understaffed team, my campaign made its mark throughout the state of Alabama. My opponent out fundraised me by over 10 to 1, received assistance from all the Democratic groups that told me they were “remaining neutral”, and was given all the major endorsements. Yet because I was a strong candidate and had a team that worked tirelessly, ours was one of the key Democratic races in the state people were watching. In the end, I did not win my Primary, however I received over 11,100 votes, a great feat considering the Democratic machine and centuries old racist beliefs I was up against.

In the weeks since, I have thought a lot about the words of discouragement I received on the campaign trail as it relates to my race. It is a sick feeling to realize no matter my degrees or life experiences, being born to Black parents is cause enough to not be given a chance. But by far the most painful part of this experience was my four children ages 14, 12, and 10-year-old twins witnessing the treatment I received. We talked candidly throughout the campaign and they vented their anger, sadness, and frustration with what they saw and heard. During those times when I wanted to give up, they became my motivation. It was my desire to show them that the ignorance of a few should never silence their voices.

Being amongst that historic group of 70 Black women running for office in Alabama in 2018 was a great honor. Although several in leadership roles dismissed me from the outset because I am Black, I am proud to say people of all races and ages throughout the state supported my campaign. And as voters in my district began realizing the bias that was being wielded towards me because of my race, the support I received increased.

Six weeks after my Primary election, I am still trying to make sense of my experiences and decide what is next. But one thing I did learn for sure, my race and gender will never place a cap on the vastness of my vision.