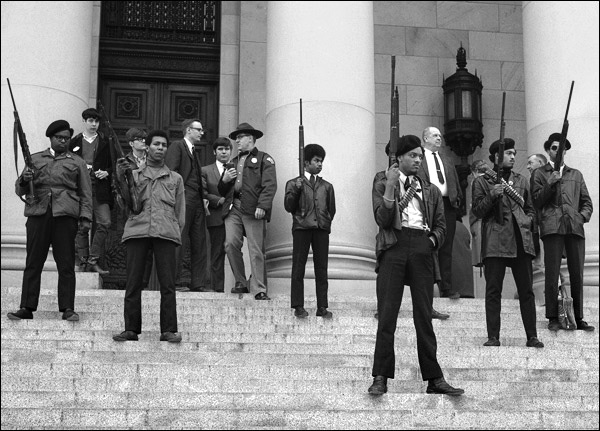 In Part I of my answer to Dr. Winfrey’s piece, I addressed the problem of treating Biblical stories of immigration as direct proof of the hypocrisy of White Evangelical Christians. Without first understanding each story’s historical context, whether or not the immigration occurred across strong national borders and what was required of the individuals to remain in their new locale, the accusation is forced and falls short of the mark.

That is not to say that Christians of all nationalities and groupings cannot learn much from the Biblical treatment of people less fortunate. The hypocrisy cuts across all boundaries and includes far more than just White Evangelical Christians.

Now I turn my attention to the accusation by Dr. Winfrey of White Evangelical Christians association with the NRA:

“The National Rifle Association (NRA), one of the largest political lobbying groups in Washington, D.C., advocates for minimal restrictions on gun ownership.”

This accusation is often repeated without examination — especially, in recent months, when a firearm is involved in fatal catastrophes. I’ve heard this accusation from Juan Williams (on “The Five”) as well from many others in the media as to why no “reasonable” gun control measures can be enacted. The media was so replete with this charge, I looked at the data.

All lobbying is a form of “rent seeking.” Lobbyists do this because they have something to gain either monetarily or through increased control (restriction of competition) or both. The US government, because of the power ceded to them by the populace, has tremendous amounts of money and power they can wield for their benefactors. Lobbyists go to the government because the Return on Investment (ROI) is better through lobbying than it is trying to make their money or influence, to steal from the 1979 Smith Barney ad, the “old fashioned way by earning it.”

The NRA certainly advocates for minimal restrictions on gun ownership. They were founded, however, to provide marksmanship programs. They are not the only pro-firearm organization but are the largest. According to a 2017 Pew Research study, 3 in 10 adults in the US own a firearm but only 19% of the firearm owners are members of the NRA.1 This means approximately 6% of US adults are NRA members.

The Pew Research Center says Whites lead firearm ownership with 49%, Blacks 32% and Hispanic’s 21%. Of these households, 47% have some college education. Rural American ownership is 58%, suburban 41% and Urban 29%. Government data shows a vast number of firearm homicides happen in specific urban neighborhoods.2 Suicide death by firearm lead all other firearm related deaths. Evangelical Christians cut across all the categories.3

For the record, I am not an NRA member. If the NRA is one of the biggest lobbyists, then they are and we can move on to White Evangelical Christians alleged support of this organization.

The NRA is a single issue PAC, with expenditures of 22 million in the 2015-2016 election cycle and 4.8 million so far in the 2017 – 2018 period as of Oct 31, 2017.4 Breaking down their expenditures to political parties or individuals, while most of their money goes to Republicans, some still goes to Democrats. The percentage to Democrats has been steadily decreasing since 1990 but it remains a non-zero amount. The data shows that during neither lobbying cycle is the NRA expenditures in the top twenty.

ActBlue has the largest expenditures across all PACs for 2015-2016, having spent 645 million. In the 2017-2018 cycle, ActBlue is still number one having spent 268 million. By comparison, they give no money to Republicans, being 100% dedicated to Democrats and their causes. The chart provided displays the top 10 PACs expenses across all committees1:

Looking at the data another way, here are the top 10 contributors to candidates with party breakdown:

The NRA isn’t even in the top 20 having provided approximately 1m to candidates. The only way the data can be parsed for the NRA to show up as major lobbyist is to list the top PAC’s by Total Independent Expenditures (indirect expenditures) for the 2015-2016 cycle, where they will show up 6th with 52.6m. Priorities USA/Priorities USA Action gave 133m primarily spending their money against Republicans (n.b. not to Democrats) which places them as #1. For ad context, Walt Disney Company (#1) spent 2.1b for media (for context) in the US in 2016.

Breaking this down by category comparing the NRA vs the #1 ranked:

The data does not support the claim that the NRA is one of the top lobbyists, certainly without qualification. Their independent expenditures put them in the top 10 as do their communication costs but those aren’t direct lobbying funds.

It should be noted that, similar to others, their Independent Expenditures and Communications are for negative ads rather than positive ones (which seems to be in line with what most are doing). They also gave money to Hillary Clinton.

Diligence is required to avoid confirmation bias. Yes, it takes some work. The charge against the NRA is hypocritical unless we change the definition of lobbying. At a minimum, it’s dishonest. 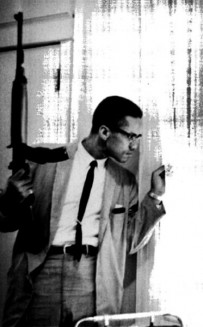 Evangelical Christians have drawn the author’s scorn for disallowing immigration of Arabs because of a few terrorists. We agree.

The article, however, promotes judging 30% of America (or the 6% American NRA membership) by the actions of a few. You can’t have it both ways. If legislating out of fear is bad for Arab immigration, it’s bad for everything else.

In the 60’s, the Black Panthers started arming themselves to insure, among other things, their right to vote without reprisals. The NRA, backing then Governor Reagan in CA, supported the passage of the Mulford Act in 1967, direct legislation against this activity.5 The NRA was wrong to do so because they devalued Black’s rights. It wasn’t until 1977 they supported all individual’s rights. That change has enabled firebrands like Colion Noir6 and others to exist.

I join with Dr. Winfrey to decry lobbying at this level regardless of the issue or aim. If lobbying is a problem, then we need to address the source (i.e., the ROI from using the government as a personal bludgeon), not just the NRA’s participation in it. If we want people to stop killing each other, we need to focus on the source there, too.

Apart from suicide, it’s the predilection to solve our issues with violence and that applies, regretfully, to our government as well. Christians, not just white evangelical ones, should be leading here for they have a Biblical solution. It’s just not a governmental “bludgeon” one.