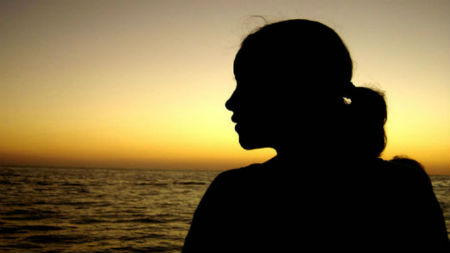 “Ain't no love in the hood only hearts torn/Love letters to the innocent and unborn/All the babies that died up on the table/Wasn't able to breathe, cause the family wasn't able/Can't, blame her I would do the same/All I could give it was my debt and my last name” ~2Pac Words 2 My First Born

It was the start of summer 1999, and I had just completed my Sophomore year of college. My boyfriend and I were nearing our 2 year anniversary and starting another summer of separation. The period when school was out until August, and we went back to our hometowns, which were 5 hours apart. However, by June it was clear this summer would not be like the last.

Just weeks after my 20th birthday, I found out I was pregnant. Excited and nervous, I called my boyfriend and let him know we were having a baby. He was just as excited and nervous as I was. However, the mood quickly shifted when I shared my good news with my parents, and I was told I couldn’t keep my child.

Over the following days, several of the parental figures closest to me explained why I needed to focus on my academic goals and not have my child. I constantly cried, and asked myself “what kind of life could I give a child?”

Abortion was a topic I heard discussed on the news as a teenager. I also knew of high school classmates who decided “not to keep” their pregnancies. I always believed a woman should have the right to choose, but I never thought abortion would be my choice.

After a family meeting involving me, my boyfriend, and our families, it was decided I would abort my child. They set up the appointment and arranged the travel. My boyfriend took the five-hour ride to be there with me.

When we arrived at the clinic, picketers were outside. I was told to ignore them. When my name was called, I entered the room. I climbed up on the table with child and climbed down without.

On the 2-hour ride home, I cried in my boyfriend’s lap. For the rest of the summer, when I wasn’t working, I was in my room crying. School started back, and I wept. Two years later, I was still weeping, but by then I had reframed my decision, and saw it as something I had to do in order to live my life to the fullest and achieve my goals.

So when I became pregnant again, just weeks before I was to start my doctoral program, I didn’t even bother sharing my news with family. What was the point? If I wasn’t prepared as an undergraduate student to be a parent, how could I be a parent three years later as a doctoral student? I was in therapy at the time, and was already processing my previous pregnancy, so I was comfortable sharing my situation with my therapist.

I immediately found a clinic and did “what had to be done.”

The first year of my doctoral program was one of the hardest years of my life personally, and during the third quarter I dropped out. A few months later, I found out my boyfriend, yes the same one, and I were pregnant. Again.

We immediately decided we would keep our child, and in that moment, I returned to school. Over the next four years, while I completed my doctorate degree, we had three more children.

Twenty years later, I think about my unborn children whom I relinquished to the ancestors. I pray for my soul and seek connection with theirs. I still wonder what could have been and how they would be. I think about the grandchildren that could not be and moments of love that were cut short.

I am thankful to have had access to safe options at 20 and 23. This is why I remain pro-choice.

I also give thanks constantly for motherhood. Having all 4 of my children while completing my doctoral degree, after having 2 abortions because I felt I was unable is my testimony. I share my story every time a young girl or woman tells me she is pregnant and seems unsure or has a family situation that mirrored mine. I encourage her and tell her she has a choice.

In the wake of the passage of HB314 in Alabama, currently the most restrictive Abortion Law in the nation,  I am now ready to be an advocate to ensure the next generation of childbearing girls and women are afforded the same safe choices I was.