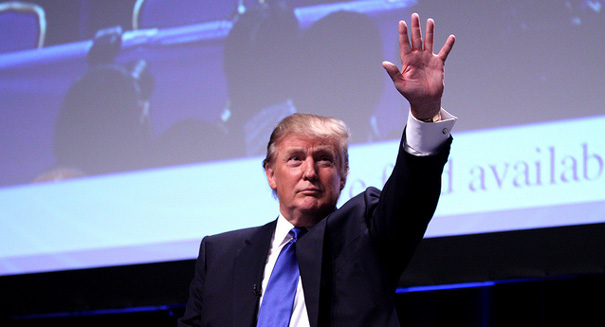 Trump withstood the Blue Wave, but getting re-elected in 2020 just got a lot harder.

Now that the dust has settled and the campaign for the presidency is full on for 2020, the Republican Party would be well served to take a long hard and honest look at the political landscape as they plan their campaign strategies.

Despite the President calling the mid-terms a rousing success, there are several danger signs littered along the way, and ignoring them could lead to a Democrat in the Oval Office in January of 2021.  It’s true, the Blue Wave predicted by the Dems and the media failed to materialize, and the GOP actually strengthened its hold on the Senate. But losing the House will hamper Trump’s agenda quite a bit, especially since the new majority seems to be planning to spend most of its time investigating and trying to remove Trump from office.

Gains he has made in the first two years, many of them very impressive, will start to fade from memory if the momentum stalls amid repeated hearings and cries of scandal.  By the time the 2020 election rolls around, voters will be asking “What have you done for me lately?” as they always do.

First, let’s take a look at the 2016 election.  Trump won handily, despite losing the popular vote as many have pointed out, meaning that a majority of voters were not Trump supporters in the first place.  Couple that with the Democrats nominating what was arguably the most flawed Presidential candidate in US history, and Trump’s victory starts to look a little shaky.

Secretary Clinton brought more baggage with her than a Kardashian world tour, and had she been a conservative candidate, the press would have pilloried her so sharply she never would have made it past the first primary.  And that press support kept her in the game to the end.

Should the Democrats find a new media darling in the next year or so, a lot of people who selected Trump because of the distaste of Ms. Clinton may swing the other way next time around.  Most of the Democrat front runners now are a bit too progressive for middle-American tastes, but should they start to migrate to the center for the election cycle, who knows?

If Trump is to have any success promoting his policies and practices, he will have to compromise with House Democratic leaders to get any meaningful legislation passed.  Of course, the Left and the left-leaning media will portray anything that does get accomplished as a Democratic victory, so the President is in a bit of a catch-22.

Ironically, one of the things that Trump might actually accomplish in his second two years is the one promise he failed to keep in his first two years, and that is provide some relief for rising healthcare costs to middle class Americans.  While Trump focused the last few weeks of the mid-term campaigning on illegal immigration, the Dems touted healthcare, and it was evident in the exit polls that that is the biggest concern for most voters.  Should some relief be gained, it will be marketed as a win for the Democrats now instead of the Republicans.

Trump has a loyal and supportive base, but many of them are more enamored with conservative policies than Trump the individual, and as an individual, he’s really not that popular.  His advisers and strategists are going to be faced with the daunting task of making Trump more appealing to a broad reange of voters if they hope to keep their jobs for another four years.

Trump will need to score some major victories between now and November 2020, to maintain his base and grow his supporters, and with the deck stacked against him that may prove to be quite difficult.