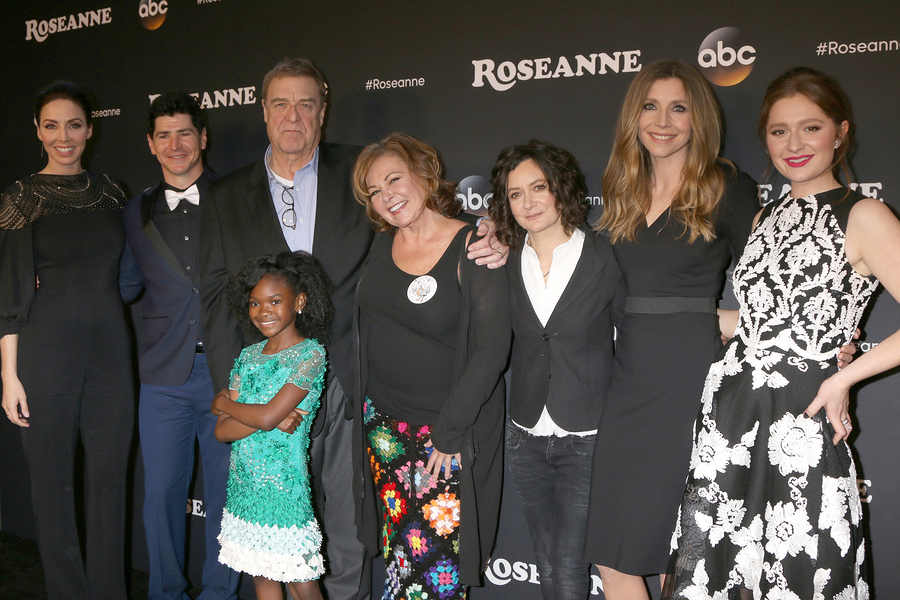 Roseanne Barr tweeted out a racist insult to former Obama advisor, Valerie Jarrett, and the reaction was swift, harsh and completely justified.  Despite Ms. Barr’s apology, ABC quickly pulled the plug on the network’s successful re-boot of her earlier series, cancelling the show after its first season.

The network received plaudits for not only responding to the despicable comments from Roseanne, but for doing so despite of the millions of dollars the show was set to generate.  Unfortunately, many innocent victims were caught up in the incident, notably her co-stars and the minions of support workers needed to produce a television comedy.

Another sad fact of the situation is Roseanne is about to become the poster child for the left’s interpretation of a typical Trump supporter, on indeed everyone on the right.  But, which Roseanne is the true example?

Is it the Roseanne Barr, who actually sent the tweet, and who has made a career out of being controversial and divisive, insulting and shocking her way to success as a comedienne?  This was not the first time she has been embroiled in a brouhaha.  In fact, that is part of what makes a successful comedian.

But comedy has taken a dangerous turn over the last decade or so, particularly since Trump’s election.  Late-night TV hosts hurl insults and derogatory remarks at Trump, his family, and his staff and advisors, as well as anyone who might have voted for him in 2016.  Yet they are celebrated by the media as darlings of the left.

But, Roseanne Barr touched the American third rail when she made a racial comment, a point from which there is no return.  Her insult was indefensible, and if it was intended as a joke as she said in her later-tweeted apology, it was done in poor taste and without consideration for the upcoming justifiable consequences.  In short, she should have known better.

With a few exceptions on the fringe, even conservatives condemned the remarks and the insult, a lesson those on the left may want to think about.  You don’t always have to toe the party line of group think (see Kanye West).

Or is the face of the “deplorable” Trump supporter Roseanne Conner, a woman trying to cope with the everyday problems and issues that face ordinary Americans?  A woman who is trying to deal with the pain of worn out knees, but unable to afford skyrocketing insurance premiums or costly surgery.  A woman forced to endure the pain because she is afraid of losing her home and being unable to feed her family.

Is it the Roseanne trying to cope with caring for her aging mother, while worrying what will happen to her and her husband when their time comes?

Roseanne Barr is the one the left will try to portray as a typical Trump voter and supporter.  Roseanne Conner, despite her faults and hard to understand ways, is more like the face of the typical middle American, coping as best she can in an ever-changing world.

Maybe Ms. Conner isn’t all that bad of a role model after all.  If we could just somehow separate the two and save the show.