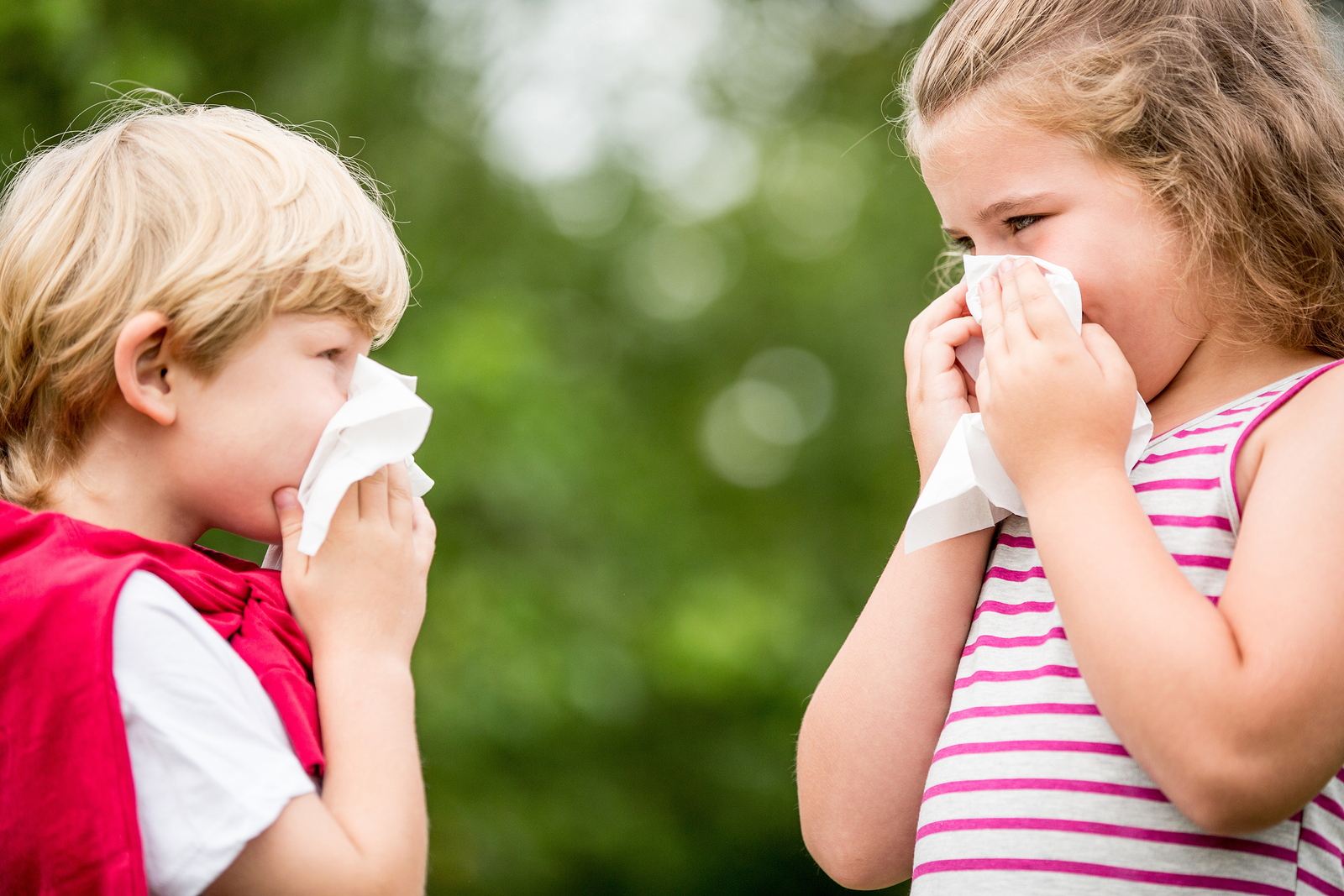 A new study says kids are experiencing more allergic symptoms. Is it because of better reporting and treatment, or are we keeping them too sanitized?

News of a seven-year study just released by Blue Cross Blue Shield Association’s (BCBSA) Health of America Report used medical claims to analyze children diagnosed with allergies, and the report finds that the number is on the rise.

Emergency Room visits by kids with allergic reactions jumped from 1.4 per 10,000 children in 2010 to 3.5 per 10,000 children in 2016, with 47 percent of those visits in the latest year’s data (2016) related to specific food allergies.  Still, 53 percent of causes of the allergic reactions were undetermined.  The causes could have been food-related, or possibly from insect bites or even other causes.

The report points out that children diagnosed as being susceptible to having an anaphylaxis episode also increased 104 percent over the length of the study.  However, the report also noted 18 percent of children had an allergy in 2016, just slightly up from 17 percent reported in 2010.

At first glance, one would wonder what is causing so many more kids to have allergic reactions, but you also must factor in the fact the parents are better educated to recognize the symptoms today than in years past, and reacting by taking their children to the doctor more quickly.   Quicker reactions and better reporting may be a leading factor in the report of the increases.

Still, it seems that more and more kids are suffering from allergies than ever before, and when you think about it, it really shouldn’t be all that surprising.  Let’s face it, our kids today spend increasing amounts of time in a virtual world more so than outside in the real world, where they become exposed to things that allow their young bodies to build an immunity.

I’m not saying every kid; some are just born without the mechanisms to defeat foreign invaders that enter the body through the mouth and nose, but many live in a relatively sanitized bubble.  With the advent of hand sanitizers, handy wipes and constant cleaning by parents, children are protected from such exposure.

Adding to that hypothesis, the reports states that younger children are more likely to suffer from allergies than older kids.  Twenty-five percent of kids under the age of three are being diagnosed with allergies, while the rate for children aged 14-18 drops to 14 percent.  Could it be the exposure to the elements that lead to allergies lessens the intensity of the allergic reaction in older kids?  Or could that be influenced by the fact that parents tend to react to infant and toddler illnesses more rapidly than with older teen-agers and young adults?

As the use of video and mobile devices continue to spread, and our kids spend more time indoors, will our kids become more likely to suffer from allergies as adults by not being exposed to outdoor microorganisms as children?

Or will we see a trade-off, in which we see the benefits of germ-free environments leading to fewer diseases and illnesses, but we suffer from more allergy-type symptoms because of it?

Isn’t it strange that it often seems a clear-cut benefit becomes offset by an unintended consequence down the road?  But we see it in nature quite often.  An introduction of a non-native species that produces more plentiful food or prevents soil erosion eventually takes control of the surrounding environment and becomes a different problem with which to deal.

I guess it is really is true.  It’s not nice to fool Mother Nature.