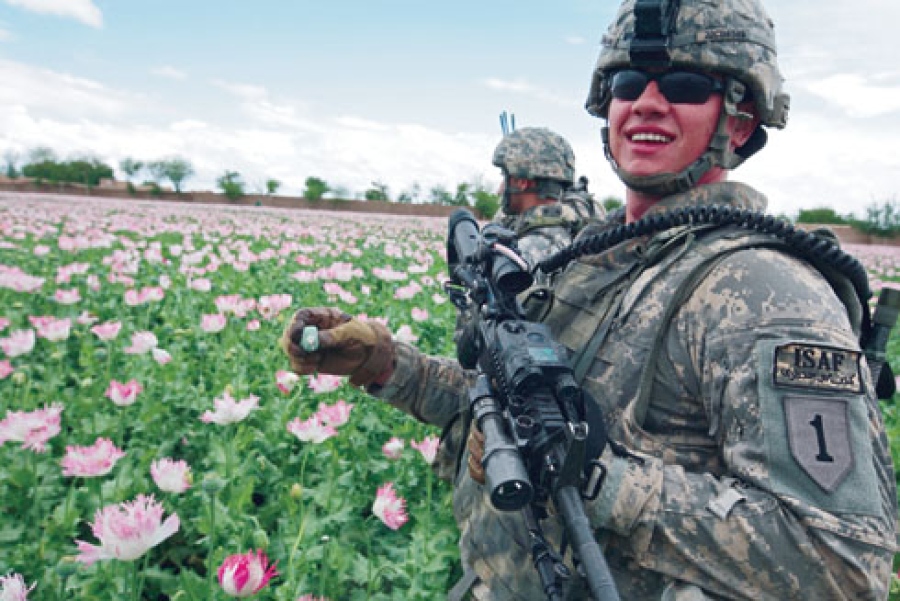 Emeralds, by contrast, are chiefly found in an area off limits to the Taliban: the semi-autonomous region known as the Panjshir Valley.  A number of private companies, including Aria Gems, along with the US State Department, are working with Afghani elders in the Panjshir to boost their emerald exports.  The mines are located near the top of 10,000-foot high mountains accessible only by mules.

The burgeoning legal emerald trade is valued at $60 million annually — about a tenth of the estimated value of the opium trade.  But Afghanistan is also rich in valuable minerals like gold, silver, tantalum, bauxite and cobalt as well as lithium and a number of rare earth minerals currently used to build “smart” phones.  Some observers believe that Afghanistan could one day dominate the global lithium market the way that Saudi Arabia dominates oil.

But that would require the development of a modern extractive industry – which won’t come into existence until the warring parties lay down their arms and agree to a negotiated settlement.  A postwar reconstruction and development plan could include a strategy for collectively exploiting – and taxing – the country’s mineral wealth, estimated at $1 trillion.

But a solution of this kind – if it’s not just a pipedream — is a good generation away.  It will take massive new Western investment, an upgrading of the country’s roughshod mining infrastructure, and a new legal regulatory regime. Right now, the trade in precious gems – which includes rich deposits of amethyst and lapis luzuli – is predominantly illegal, just as the opium trade is.  The warring parties are simply too invested in exploiting whatever resources are available to keep their operations going.

And that includes the United States, which is still spending $1 billion a year in Afghanistan to defeat the Taliban –with no end in sight.

Maybe Trump is right.  It is time to put America and Americans “first” overseas.   Not by financing more war, but by promoting a lasting peace.