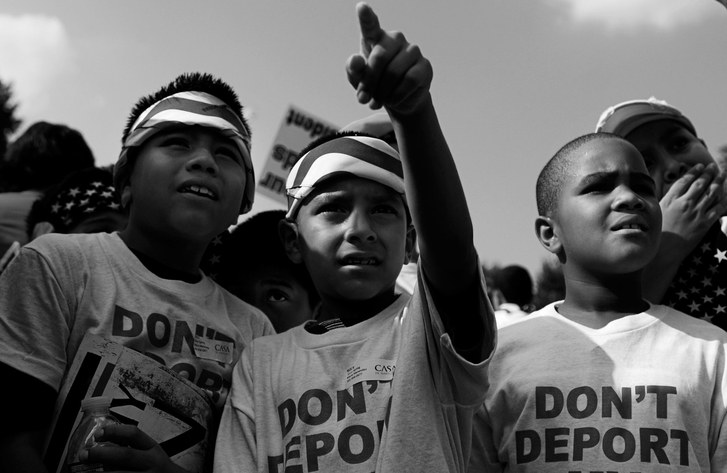 Obama’s intransigence eventually exasperated those same activists who began a wave of “sit-ins” at congressional offices.  The confrontation reached a climax when the DREAMers began reaching out to Republicans like Florida Sen. Marco Rubio just prior to the 2012 election.  Some even talked about sitting out the contest altogether and letting Obama’s re-election go down the tubes.

The White House panicked, and hastily drafted an executive order that allowed the DREAMers to stay.  The maneuver worked.   Latinos not only returned to the fold but voted in record numbers to help Obama win, in part by carrying Latino-rich Florida and the Hispanic Southwest.

The pattern was repeated in 2014, when Congress continued to resist passage of an immigration compromise that would extend citizenship to the undocumented.  On the eve of the mid-term elections, Obama extended his executive order beyond the scope of the DREAMers, adding several more million to the list of those granted a stay of deportation.

Trump, during the 2016 campaign, attacked both Obama orders as “usurpations” and in the end, the Supreme Court more or less declared them unconstitutional – just as Obama himself once feared.

And yet Trump, almost from the beginning — and to the consternation of some Republicans — has decided that the DREAMers are a special case.  He is well aware that the Pentagon views the DREAMers as a source of fresh military recruits.  And his own vice-president, Mike Pence, has long pushed to extend a DREAM-like deferment to the undocumented spouses of American soldiers.

Trump himself has obvious  sympathy for the plight of immigrant children – only a partisan cynic can deny that.  He did rescind Obama’s executive orders as a matter of principle.  However, upon doing so, he ordered the GOP to work with the Democrats to find a legislative compromise, an effort that has finally borne fruit

The proposed bill, however it finally takes shape,  is no small breakthrough.  It will likely position Trump as a bipartisan deal-maker on an issue that has fiercely divided the country for well over a decade.  Eventually, it could well pave the way for Trump and the Republicans to take full command of the immigration issue, much as Ronald Reagan and the GOP did in 1986 with passage of the last major immigration overhaul.

And on the heels of a successful battle for tax reform, it gives Trump and the Republicans more political wind at their back as they head into next year’s fiercely contested mid-term elections, anxious to preserve their current majority in the House and Senate.