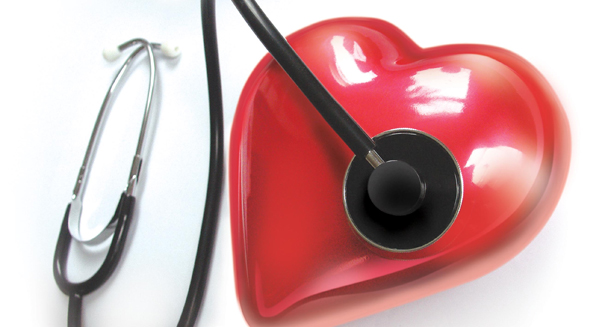 Cardiovascular disease is not just for old people, take it from one who knows.

Today is the day I visit my cardiologist for my annual heart checkup.  Millions of people go through a similar routine on a regular basis, while far too many have never seen a cardiologist.  I personally take my heart health very seriously.

I was raised in the south on a diet that consisted of mostly fried anything.  If we could catch and kill an animal, then logical next step was to take the meat from the carcass and drop it into some molten animal fat and fry it until it was a crisp golden brown.

But it wasn’t just wild game that was destined for the deep fryer.  We also fried chicken, pork chops, and sausage and dipped a good many vegetables in the golden nectar, such as okra and the famous fried green tomatoes as well.

My diet as a youth and as a young adult was primarily based on fried foods.  As I became older, I added fast food eating to my diet, became less active, and put on a good bit of weight.  I gave up playing sports and became a television watcher, which only added more weight and less exercise.  You have probably guessed where this is headed by now.

Finally, after experiencing periods of shortness of breath, which with my medical expertise I dismissed as being overweight and out of shape, I thought I may need to go to the emergency room on a Saturday night, when the shortness of breath was accompanied by a sharp pain in my left arm.

Making a longer story much shorter, on the following Wednesday morning, a skilled team of surgeons sawed my sternum in two, took veins from both legs, and provided me with three artery bypasses in an attempt to keep me from having a fatal heart attack.  The lead surgeon told my wife Tuesday afternoon he was concerned that I may not live through the night and put me in intensive care with some sort of pump in my main artery to keep the blood flowing.

In a tribute to modern medicine, I went home the following Saturday morning, sore but alive, and appreciative of the second chance I had been given.  Someone in my situation a mere 25 years earlier would have died, because the technology was not available to save them.

My surgeons said I would likely have to repeat the procedures in 7-10 years, based on the history they had observed from similar patients.  That got my attention, and I underwent a series of lifestyle changes that included changing my diet, taking my medications, losing weight, and getting more exercise.  The latter is the one with which I still struggle today.

That will be 17 years ago this January.  And today my cardiologist told me he didn’t see any problems with my heart health.  Of course, he advised me to lose even more weight, something that becomes increasingly difficult as you get older, and increase my exercise levels.

Why am I telling you this?  Everybody knows that diet and exercise are the keys to good heart health.  It’s all over the internet and on television.

I’m telling you because it was widely available 17 years ago, when I had my problems, and everyone knew it back then, including me.  But I didn’t act on it, because I was young, strong and bullet-proof.  It took a near-death experience to make realize this was the only heart I had, and if I killed it, I would die as well.

I’m still not doing all I should to be healthy, but I’m trying.  I urge you to take a look at your own heart health, while you still have a chance to improve.  You may not get the second chance I did.  Far too many people each year don’t survive the first heart attack.  Don’t become one.