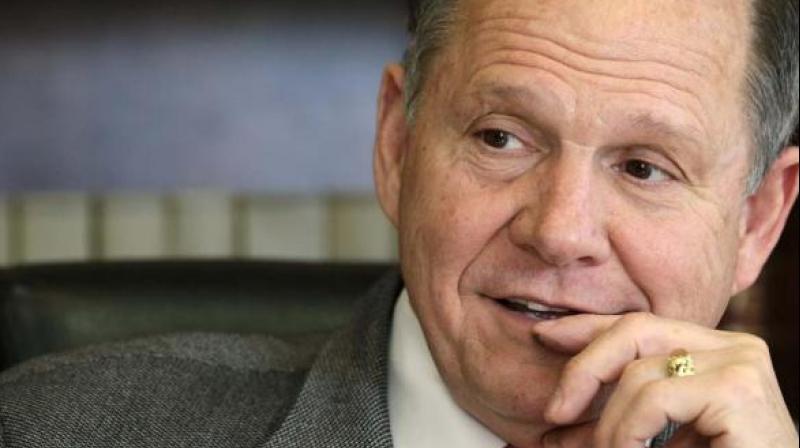 The Republican candidate for the Alabama Senate seat vacated by Attorney General Jeff Sessions, former Judge Roy Moore, has been eviscerated in the national media over allegations of improper sexual contact with under-aged girls.  The accusations have given his Democratic challenger, Doug Jones, momentum going into the December 12 special election.

Depending upon which poll you read, and on what day, both candidates have shown slight leads, and the race is almost certainly going down to the wire.  Of course, polling has been shown to be not an exact science in recent years.

But chances are, despite the damning allegations, Moore stands a good chance to be elected to fill the seat.  Mainstream media, and most people who live outside the state of Alabama, are aghast at such a possibility, that an accused sexual predator could be sitting in the Senate, but recent events have shown that may already be happening.

So, what does that have to do with Moore and the Senate race?  What you will find in Alabama citizens is a strong-willed desire to be self-governed, and I don’t mean a desire to secede from the United States, like California. Most Alabamians feel their local and state officials have a better understanding of what works best of Alabama than do the elected officials of, say, Michigan and Pennsylvania.  They strongly believe in limited federal government.

Moore came to the race with a good bit of excess baggage, having been removed from office twice for failing to follow court orders over the removal of a monument to the Ten Commandments.  This rankled a number of Republican voters, even if it endeared him to the religious right.  But he and Luther Strange, former Governor Robert Bentley’s temporary appointment to Sessions’ seat, were in a tight race until Mitch McConnell and the Republican establishment in Washington threw their support to Strange.

This was viewed by many Alabama voters as Washington trying to tell Alabama what was best for them, and Moore won the subsequent primary to face Democrat Jones.  Then came the allegations of sexual misconduct, yet unproven, that some believe that was a ploy to discredit Moore to maintain control of Washington power, especially when Republican leadership called for Moore to withdraw.

While “innocent until proven guilty” may not apply to a Senate campaign, Alabamians believe Moore and his reputation deserve to be given a chance to defend himself.  Ironically, given Nancy Pelosi’s remarks on Meet the Press yesterday about “due process” in the John Conyers case, there are apparently certain situations where simple accusations are not sufficient.  See Bill Clinton.

Most of Moore’s religious supporters do not believe the accusations against him, or at a minimum want to see some tangible verified evidence against him before taking some type of action, something that still can be done if he is elected.  See Al Franken.

Meanwhile, Doug Jones, Moore’s opponent, is saddled with a verifiable handicap, that being the “D” following his name.  Most Alabama voters see him as an otherwise fine man, but with strings tied to Pelosi and the national Democrats, and with his election to the Senate, the possibility of a return to the Obama policies the Alabama voters rejected in 2016.  Alabama residents see the Democrats as pro-big government, wanting to dictate to the states how they should manage their lives, something most Alabamians will resist.

In short, the Alabama voters are faced with the same decision with which they struggled in the 2016 Presidential race, the unproven allegations against Moore (Trump), and the frightening association with the Democratic Party in Jones (Clinton).

Frankly, I’ll be surprised if independent Red-State Alabama doesn’t take the chance with Moore over the Democrat.