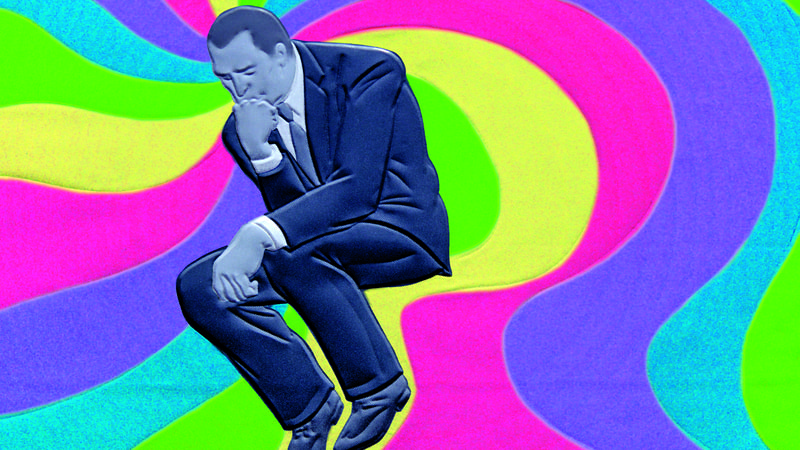 It’s an open secret now.  Over the past two years a growing number of IT professionals have gone public with their claims that taking small amounts of LSD at work is boosting their creativity and making them happier and more productive employees.

They don’t really get “high,” they say, so much as intensely focused.  And not just on ideas, but on people.  LSD engenders empathy as well as a natural curiosity about the world’s inner workings.  As a result, they engage their colleagues and prospective clients on a higher level, and over time that pays untold dividends for their company, they claim.

It’s an unusual argument, given LSD’s history and reputation as an extreme — and potentially dangerous — way out of the stresses and strains of corporate America — and “bourgeois” conformity.

But Silicon Valley’s LSD enthusiasts insist that they aren’t seeking an escape, much less a psychedelic adventure.

If you ask these hard-working techies about Timothy Leary, the maverick scientist of the 1960s who once famously urged his followers to “turn on, tune in, drop out,” they’ll likely scoff, not cheer.

Their “hero” is one of their own — Steve Jobs, the Apple founder who once credited LSD with helping him launch the most successful computer company in American history.

Jobs, before his death in 2011, was fond of taking old-fashioned acid trips associated with the hippie counter-culture.  As a corporate titan who helped revolutionize American industry, no one was going to argue with his eccentric work methods or lifestyle choices.

But for most of today’s users, in fact, micro-dosing is more akin to “dropping in” than dropping out.

What does science say?  There isn’t all that much — and what’s there is often biased by establishment fear.  Since 1966,  the federal government has classified LSD as a “Schedule 1” substance — meaning “devoid of public health merit” — and illegal to use.  That also means that federal funding for large scale research studies on LSD is officially off-limits.

Over the years, a number of American universities have managed to secure funding for small-scale LSD studies, with limited samples, including two published last year, which reported astonishing results.   Studies elsewhere, including an unprecedented scan of the human brain on LSD,  have echoed these findings.

Some scientists now believe that LSD may have a vast untapped potential for easing anxiety and depression, improving memory, reducing the effects of PTSD, and even stimulating brain growth.  Many are calling for the federal ban on LSD research to be lifted.