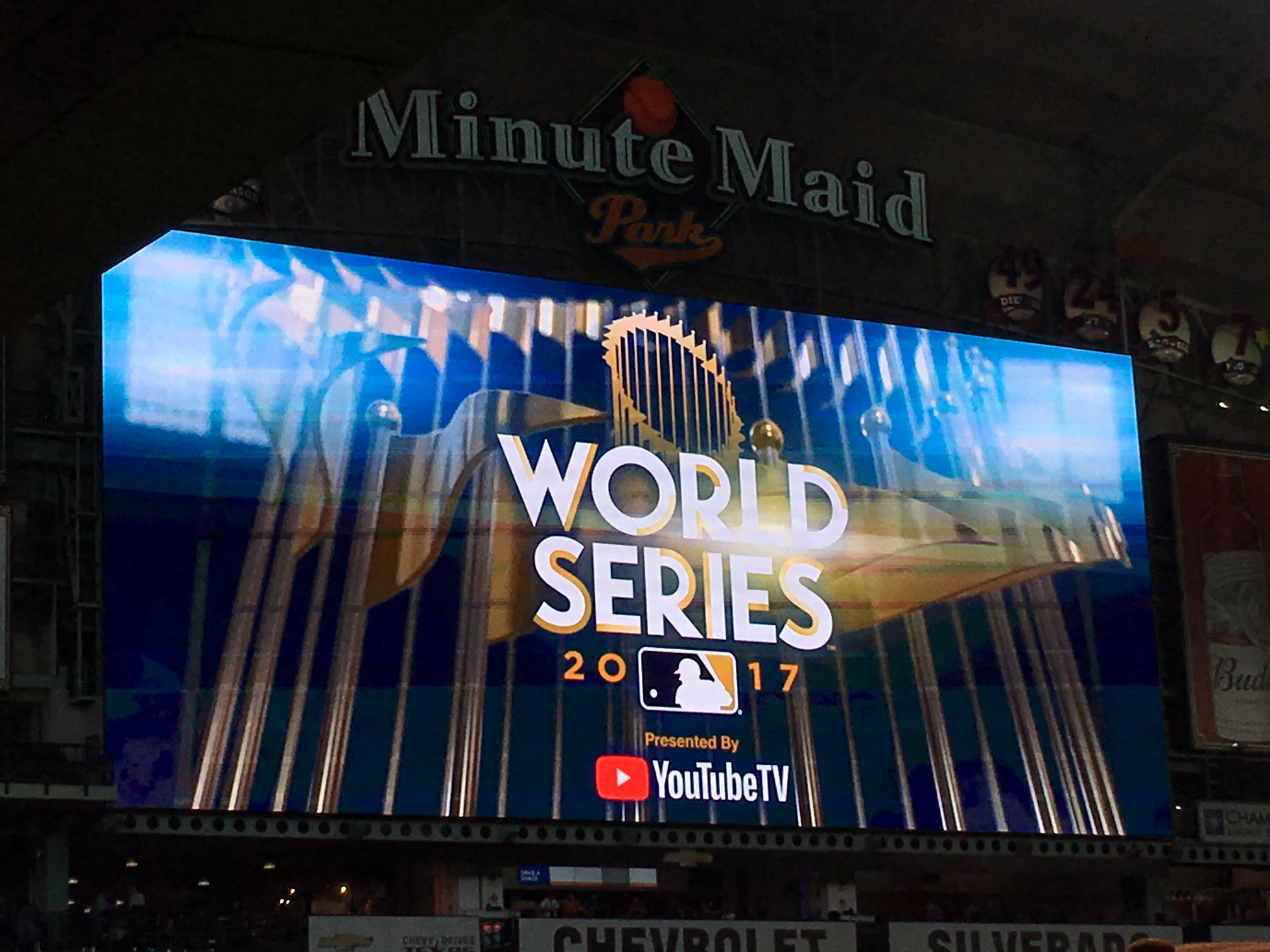 A long-time dream comes true for this faithful Astros fan with a trip the the 2017 World Series in Houston.

I had waited for such a long time for this.  This past Saturday night, I attended my first World Series baseball game when the Houston Astros played host to the Los Angeles Dodgers in Game 4 of the 2017 Fall Classic at Minute Maid Park in downtown Houston.

It wasn’t the first World Series game played in Houston.  They hosted two games against the Chicago White Sox in 2005, but several factors prevented me from making the trip from my home in Alabama to the contests.  They also played Game 3 the night before, and while we didn’t have tickets for the game, my daughter and I did go downtown to walk around the stadium and absorb the playoff atmosphere.

That is when I saw a man with his son, about age five or six, decked out in the Astro orange, walking into the roped off street festival area reserved for that game’s ticket holders.  I’m sure the scene was played out several times over the three games in Houston, but this particular young man held a sign that read something similar to “My Dad is taking me to my first World Series Game.”

Can’t say tears didn’t well up in my eyes seeing this, partially because to the fact that in today’s world, so many young boys don’t have that father in the home to take their kids “out to the ballgame,” but also partly because I lost my dad to heart disease at the age of 14 myself.

I remember when the announcement was made that the Braves franchise was leaving Milwaukee for Atlanta, but by that time I had become firmly entrenched in the Astros’ camp of followers.  Few games were televised at the time; AM radio was medium of choice for a young baseball fan, and I twisted the dials at night, searching for a game.

I happened upon the Astros’ broadcast on a clear-channel station from New Orleans. It was usually pretty clear for an AM station, unless, as there often was during the hot summers in the south, there was a thunderstorm within 150 miles.  The more I listened, the more a fan of the team I became.

I kept a homemade scorecard of the games in a ring binder (pretending it was my homework until school was out for the summer), scoured the magazines in the drug store for news about my Astros, and grabbed the Sports section of the Monday paper to see what happened on Sunday afternoon, since I could only hear night games from WWL.

I tried to be a Braves fan, but the Astros were rivals in the National League at the time and it just didn’t work.  Finally, I was able to make a trip to Atlanta to see the Braves play the Astros, and I can still see the bright colors and smell the hotdogs and popcorn to this very day.  Never before had I seen such a beautiful sight and I was completely hooked.

Now, after traveling to 28 of the 30 MLB franchise cities in a quest to “touch them all,” I can mark an Astros’ World Series game off my bucket list.

There was another little boy at Saturday’s game in Houston, but no one recognized him.  He was a bit overweight, balding, and slowed down some by age, but inside he was still that kid lying down by the old Zenith AM/FM radio, listening for the crack of the bat between the crackle of the static.

On several occasions, he choked back tears as he stared at the logos on the field, realizing that after a half century, he was finally seeing his beloved Houston Astros play in a World Series game.  He is choking back tears as he writes this.

The Astros lost to the Dodgers on this particular night, but the small-town boy’s dream had finally come true.  He left the game as a very, very happy man.