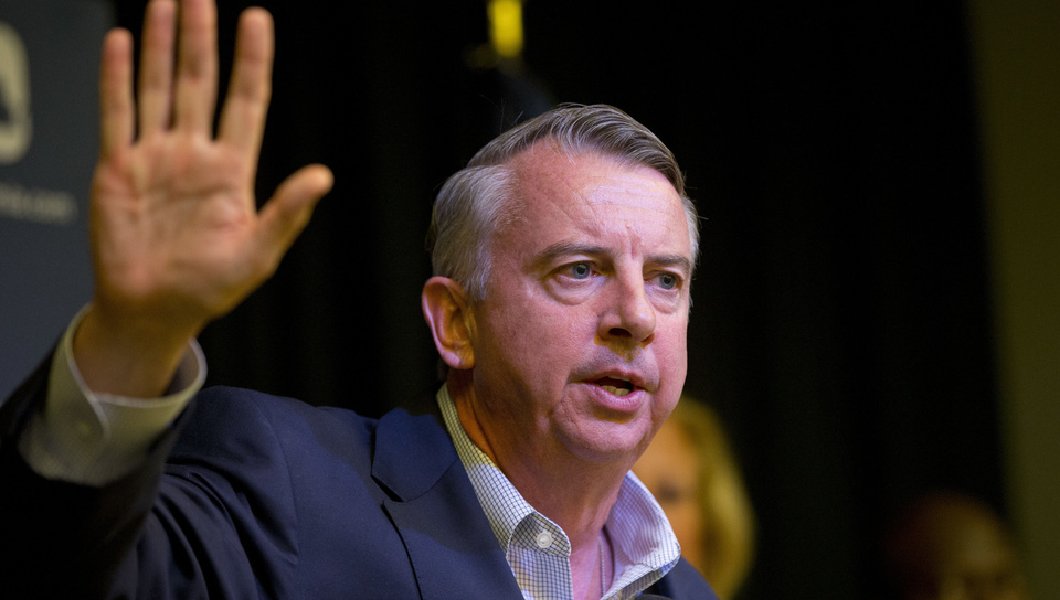 A year after Trump's victory, a critical swing state that has trended Blue for over a decade is suddenly up for grabs.

Could Virginia, a one-time Red state that’s been trending Blue in recent years, actually swing back to the GOP?

Democrats are in a state of near-panic that one-time Republican centrist Ed Gillespie may have found the winning formula to defeat Ralph Northam, the state’s current Lt. Governor, in Virginia’s high-stakes gubernatorial contest next Tuesday.

Gillespie, who managed the GOP’s last successful campaign for governor in 2009, is trying to retain the loyalty of Republican moderates all the while throwing red meat to the party’s pitchfork-wielding populists, including diehard supporters of Donald Trump.

And to the Democrats’ chagrin, the strategy seems to be working.

Recent polls show a decided surge toward Gillespie following his airing of an ad that attacked Northam as “soft” on sanctuary cities and depicted the state and the nation as vulnerable to attacks by MS-13, the transnational terror gang that maintains one of its strongest bases in Northern Virginia, the state’s liberal heartland.

Northam’s supporters, inexplicably it seems, countered with their own incendiary ad that depicted Gillespie supporters as KKK members intent on killing off the state’s minority children by literally running them down with a truck.

The 60-second ad showed a rainbow coalition of small kids running for their lives as a beat-up pick-up with a prominently displayed “Vote for Gillespie” bumper sticker chased them through a  suburban neighborhood.

Even Democratic members of the state assembly felt compelled to apologize to Gillespie for such an obvious smear.  They also called for the ad to be pulled off the air – which it was, but not before some considerable damage was inflicted on Northam’s campaign.

A visibly angry Gillespie went on Fox News and other channels to denounce Northam, saying the ads “set a new low” and were an “insult to all Virginians.”

A few months ago, no one gave Gillespie much chance of winning.   Northam had a double digit lead in a state where Hillary Clinton had beaten Trump handily in 2016, largely because independent-minded White voters that swung sharply to the real estate mogul elsewhere tilted strongly against him here.

But Democrats have not won a single election anywhere since President Trump took office.  And their defeat last June in a special House election in Georgia — where they spent more money than God — suggests the reason why:  The absence of a compelling vision and an inability to mobilize their voters bases, especially Latinos and African Americans.

Apparently, Northam and the rest of Virginia Democrats think that scaring the Bejesus out of minority voters will somehow inspire them to show up at the polls.

It’s a variation of the strategy that Clinton herself employed last November.  But skeptics say it worked in Virginia only because Clinton chose the state’s popular — and Spanish-speaking — Native Son Senator Tim Kaine as her running mate.  She also had President Obama earnestly stumping at her side.

But Obama’s gone now, and Gillespie, who ran for the Virginia senate in 2014 and narrowly lost, projects vigor, grace and above all, moderation.  It’s not that easy to tie him to Trump’s  vitriolic nationalism and make the image stick.

In fact, many people still remember Gillespie as the Republican who led the GOP’s efforts to recruit Hispanic candidates for office, calling minorities the key to the party’s long-term future. And he’s still on record supporting an “amnesty” for the undocumented, a fact that his right-wing backers, for the moment, have chosen to ignore.

Gillespie senses the deep discontent and anxiety among mainstream voters over the nation’s vulnerability to “foreign” influences — be it “unfair” competition from China, “job-killing” trade deals like NAFTA or the “threat” of Islamic terrorism.

And he’s not calling for mass deportation.  He’s merely suggesting that America needs to take better care of itself when it comes to illegal immigration.  It’s hardly xenophobic extremism.

Northam has twice as much cash on hand as Gillespie does.  But the GOP candidate is receiving heavy financial support from the conservative Koch Brothers, which never hurts.  The Koch-funded  Americans for Prosperity have launched TV ads linking Northam to a state funding program for a “fake” Chinese company.

Watching the good natured Northam, who hails from the conservative southern part of the state, on television is cringe inducing.  He’s the the very embodiment of the “feckless” bureaucrat the Koch ads portray him to be.

Still, Democrats may have a slight enthusiasm advantage.   Republicans, who have grown accustomed to losing in Virginia, do not seem especially excited about voting next week.  It’s an off-year election, and Gillespie is no firebrand.

But it’s a must win for Democrats.  After a string of high-profile losses, there’s a growing perception that Democrats are adrift, without a strong message and increasingly divided over strategy.

Presently, the party’s simmering divisions are surfacing in smoke-filled caucus rooms and private weekend retreats.  But if Gillespie pulls out a win, it won’t be long before there’s open civil war.