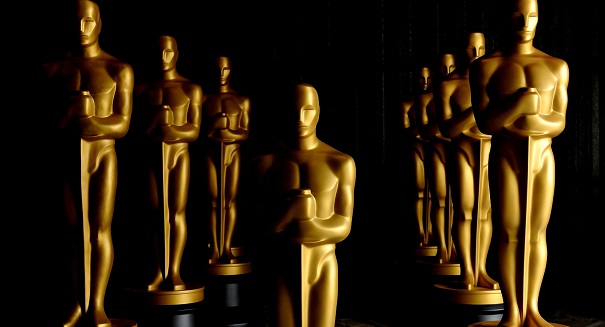 All America is rattled by allegations of exploiting women and sexual predators in the movie industry. Surely there were some indications.

The motion picture has been shaken to its core by allegations that mogul Harvey Weinstein has sexually assaulted young aspiring actresses, his staff and practically anyone associated with the movie-making process. He is also allegedly accused of paying to have his friends in the industry and politics to help him cover up his misdeeds.  And the entire nation is in shock, because, prior to these revelations, we all thought Hollywood was a bastion of Progressive ideas about women, which included some sort of safe zone for females from sexual perversion and predators.

I mean the Oscars and Emmy award shows have been a bully pulpit for established actors and actresses to voice their opinions on all sorts of evils plaguing the nation.  Surely if they had known, someone would have mentioned it, wouldn’t they?

In hind sight, maybe there were some signs that the men who make the beloved movies we all spend our hard-earned dollars to watch might have been just a little sexist, and in some instances, may have actually exploited the female anatomy to increase profits and ticket sales.

Don’t ask me to name names, but I seem to remember seeing a movie that once had a glimpse of a topless woman with her breasts exposed as the picture’s lead character ran through a room in pursuit of a criminal.  I guess the lady had been sleeping nude in the middle of the day when the perpetrator broke through her skylight and fell on her bed.  She must have had a night job and was a day sleeper.

I’m sure the two-second exposure of her naked breasts played an integral part in the picture, but its meaning was lost on me.  I never understood the artsy part of motion pictures anyway.

Come to think about it, most action pictures, where the world is about to end, or the main characters are a man and woman who had never met until that morning and are now trapped in a hopeless situation and about to die, decide to spend their last few moments alive engaged in sex.  Most people would probably be trying to figure a way out of the situation instead of having sex with someone whose last name you didn’t know, while breathing your last breaths.

Seems sex would interfere with your concentration.  Never having been in that particular situation, who’s to say?

Then there was the military action flick where the Special Forces team was trapped in the Iraqi desert under a searing sun with temperatures approaching the 120-degree mark.  The team was dressed in full body armor, including helmets and back-packs, except for the squad’s lone female member, who was wearing a tank top and carrying a machine gun.  Somehow, she managed to survive, despite only being able to run in some sort of slow-motion gait, with bouncing breasts barely staying in the top, and bullets flailing all around her.

Vaguely, I remember feeling a little bit uncomfortable watching a TV show with my 10-year-old daughter, where all the characters were discussing their penises and vaginas.  The entire premise of the show was the male characters efforts to get the female characters to sleep with them.  When that effort was thwarted, they simply went to the nearest watering hole and took home the first available female for the night.   The females did the same, making themselves freely available to whoever bought them drinks.  Then the show would cut to the next morning and the girl trying to sneak out without waking her partner.  And this was a prime-time sitcom.

And now this shocking revelation that there are sleazy men exploiting women while making movies and TV shows in Hollywood.

Who could have possibly imagined?