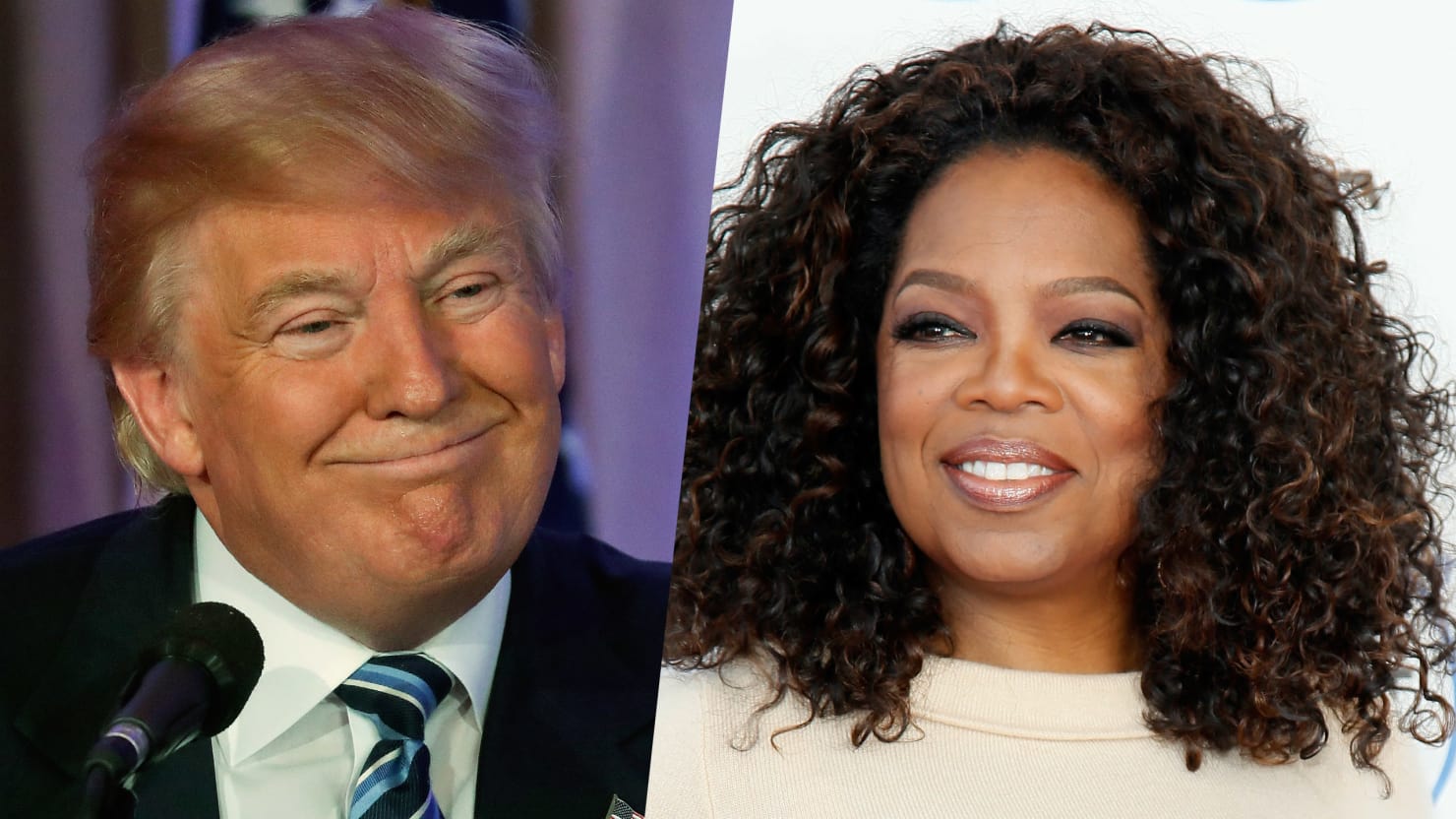 For Democrats, Oprah’s ability to create the kind of cultural crossover support associated with Obama could be genuinely restorative. Her fan base is staunchly multi-racial.  Black voters, especially women, who would have liked to see Michelle Obama run for president, would surely cheer Oprah’s candidacy as yet another glass ceiling to be shattered.

Oprah’s business record does make for an interesting counterpoint to Trump’s.  Unlike the billionaire real estate mogul, Oprah has never lent her name to specific products or properties.   And despite her wealth she exudes a humility and compassion that allows her to touch people across the ideological spectrum.

In fact, many of Oprah’s biggest fans are White – a bone of contention with some Black activists — including women who tilted toward Trump in 2016.

Trump could find himself boxed in by an Oprah candidacy. While he ruthlessly attacked Hillary Clinton as corrupt and dishonest, casting aspersions on Oprah’s character could backfire.  In the past Trump has professed admiration for the Presidential Medal of Freedom winner.  In 2016 he even asked Oprah to be his running mate.

Where does Oprah stand on Trump’s presidency?   Thus far, she has tried to walk a fine line between raising real concerns about his policy agenda – at one point calling Trump a “terrible president” — while also counseling patience to see how the Trump White House actually governs.

It could be that Oprah wants to have it both ways – giving liberal anti-Trumpers something to cheer about while retaining the broader audience and consumer base that supports her many endeavors.

If Democrats manage to win back control of the House in 2018 – a big “if” — they may decide they can stop Trump’s re-election with a more conventional candidate who tries to focus voters squarely on the issues and refrains from ranting and waging war on Twitter.

Publicly, Democrats disdain the kind of entertainment-based politics that helped fuel Trump’s rise. They consider it inauthentic and manipulative.  So do many voters.

Former Vice-president Joe Biden,  liberal firebrand Senator Elizabeth Warren and 2016 presidential candidate Bernie Sanders — all of them old and by now familiar faces — and are still mulling over possible 2020 presidential bids.  So,  apparently, is Clinton.

But if Democrats fail to recapture the House, it will be the clearest sign yet that the current Democratic brand has become stale to the point of toxic.  At that point, an Oprah-like candidacy — indeed, Oprah herself — might look like the only thing standing between the Party and the abyss.

If asked, could Oprah really resist the call? Maybe she’s just waiting for someone to come knocking.