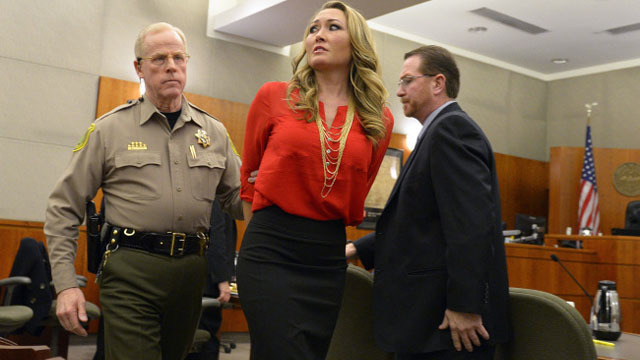 In fact, female pedophiles often use societal assumptions about women — as “nurturers” and “protectors” of children — as the perfect cover to engage in routine and difficult-to-detect abuse. They may fondle children in their care while they bathe or clothe them, or violate their boundaries through exhibitionism and excessive hugging. Many abusers appear to target “special needs” children.

Few suspect that these self-sacrificing “care-givers” could be selfish and destructive “takers,” too. And because of their disabilities and dependence, these children may be less likely to resist or complain.

There’s considerable dispute among experts about whether abusing women only target specific age groups. School teachers like McCormick are having sex with teenagers, not young children, and in other publicized cases involving teachers, the boys in question are nearly full-grown men. Many of these “boys” describe their relationships as affectionate and consensual and do not necessarily feel that they were abused or even taken advantage of.

And if they’re 16 or older, most state laws recognize them as above the legal age of consent.

But the school-based setting of these relationship changes everything: Under most state laws, teachers having sex with their students are committing sexual offenses, no matter what the student’s age.

In recent years, local police have summarily arrested suspected offenders, and once convicted, they may receive stiff sentences, including jail time and mandatory public registration as sex offenders, sometimes for the remainder of their lives.

By applying current laws in a relatively gender-neutral-way — relative, because women typically receive less severe sentences —  police and the courts seem to be ahead of the curve. Much of the lay public and even many scholars have resisted the idea that men and woman engage in sexual activity with minors with the same degree of depravity and malevolence. One often hears the argument that women that seek out youth as sexual partners are depressed and lonely – perhaps suffering the effects of a divorce or neglect at home.

And these women, however pathological their behavior may seem, are often seeking real relationships with their victims — not just sex, their defenders say.

But the same is true of many male offenders, which doesn’t justify suborning a minor into an unequal relationship that includes sexual activity. These women may not be serial or violent rapists, as male offenders sometimes are, but their abuse is real and damaging to their victims, who may end up with a distorted sense of “appropriate” sexual boundaries and be unable to build warm and intimate relationships with women.

Besides, many of the perpetrators of abuse don’t fit the “Miss Lonely Hearts” image. Younger offenders – typically in their mid-to-late 20s, like McCormick — seem to be reliving an earlier, more carefree period of their lives – perhaps their high school years. They may even think of their high school victims as “peers.”

Others are not only married but have children at home for whom they are functioning as parental role models. They may even enjoy close relations with their spouse and have a reasonably “happy” family life, but somehow — as with many male abusers — it’s still not “enough.”

There’s another, more sociological, explanation for the growth of female sex predators. It’s not that most women are so fundamentally different from men in their urges and fantasies. But in the wake of the women’s movement, they have much greater social power and less shame and inhibitions about expressing themselves sexually.

On balance, that’s undoubtedly a good thing. But among women on the fringe, the expanded sense of freedom, combined with the unbridled and often unsupervised authority they enjoy as nurses or teachers, gives them an inflated sense of entitlement. Where before, nothing was permitted now everything and anything goes – even if it means flirting openly with a favored student in front of two dozen of his class-mates, or bedding him down in his home, while his best friends watch.

For some of these women, their “acting out” is a deliberate act of defiance, an emblem of how much they cherish their “freedom,” no matter what society deems right or wrong, or how it might impact others.

“I didn’t force them,” many of these women insist in court. Some even maintain they were “seduced” by their young charges and should be considered the “real” victims. You have to ask: if women’s transgressions are so fundamentally different from men’s, why do their excuses sound so disturbingly familiar?