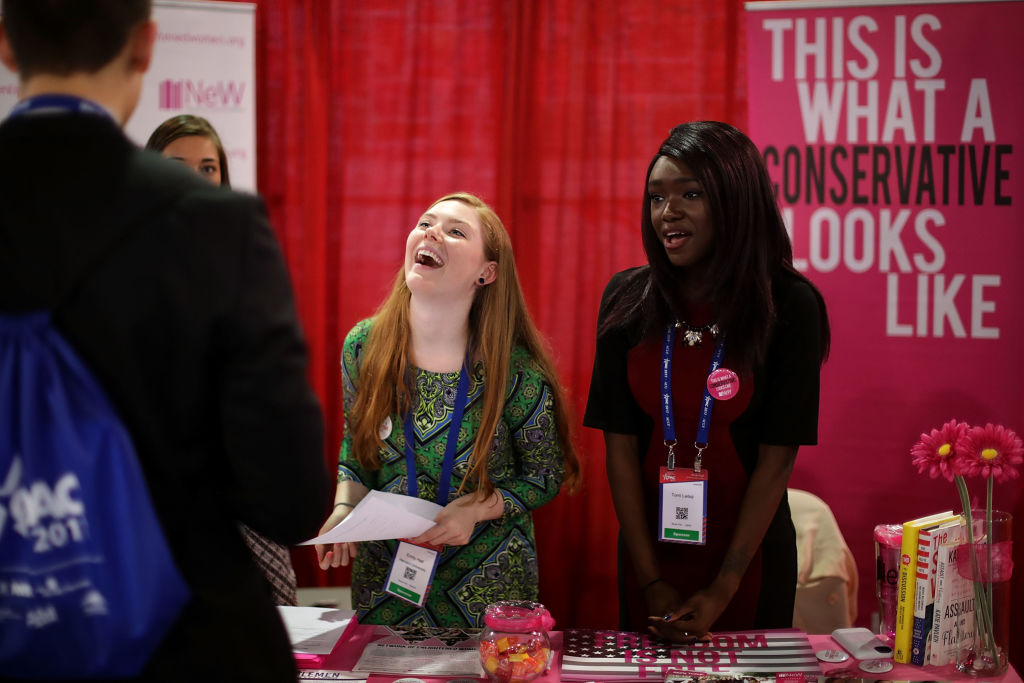 One often hears that youth — with their idealism and progressive ideas — are a nation’s “future.”  But a review of recent funding and voting patterns in the United States reveals a stark truth:  American youth are getting increasingly conservative.

One need only look at the stark differences in funding support to youth organizations to get some sense of the trend — and its magnitude.

And the disparity is growing: in 2008, conservative groups held a 2-to-1 financial advantage over liberal groups; by 2014, the margin had grown to nearly 3-to-1.

Most progressive funders seem to be in denial about this growing disparity — and its implications.

Le argued that the problem isn’t just with the volume of funding — but with how the funds are disbursed.  Conservative foundations tend to provide grants with relatively few strings attached — while progressive foundations try to micro-manage their aid recipients, limiting their effectiveness, he noted.

“In the effort to be fair and to not make mistakes, many progressive funders have given up speed, agility, responsiveness to current dynamics, and the ability to accept risk and failure. The incredible irony is that liberal funders are more conservative in their funding strategies, and conservative funders are being bolder and less risk-averse,” Le wrote.

It turns out that these liberal-conservative funding disparities aren’t limited to the foundation world.  Consider how the two sides treat their political interns.  In US Senate, over half of Republican offices pay them but only 30% of Democratic offices do, according to a recent study.

The Republican National Committee, which represents the GOP, also pays its interns;  by contrast, its Democratic counterpart expects all of its interns to work for free.   That’s hardly a surprise:  while College Republicans enjoyed a budget of over $6 million for 2016, College Democrats didn’t even have a line item in the DNC budget.

Some analysts believe — wrongly — that the disparity in foundation support is merely a reflection of the latest presidential trend.

With Barack Obama in office, youth had less reason to seek foundation grants to support political advocacy, they say.  But now that Donald Trump’s in power, liberal foundations are likely to rev up their support to resist the incoming administration’s agenda.

“There’s always a lot of ‘backlash’ funding,” David Callahan, editor of Inside Philanthropy, told National Monitor.  “Liberal donors tend to step up their grant-making when they’re in the opposition.”

But there’s no sign of such a major uptick thus far.  In fact, according to recent reports, conservative and liberal funders have increased their grant-making at comparable levels since Trump’s election — liberals to try to counter Trump policies, and conservatives to try to expand public support.

Some observers say the real reason conservatives are winning is that they are less reactive, and more forward-looking in how they spend their money.

“Conservatives have simply understood how to play the ‘long’ game, longer,” wrote Carlos Vera in an op-ed column published in USA Today last May.

“Progressive funders have tended to be more nearsighted, focusing their giving on single-issue campaigns or increasing election-year turnout. But in doing so, they’ve pigeonholed progressive youth organizations and forced them to dramatically narrow the scope of their spending. This is not a sustainable model for cultivating or keeping talent.”

By contrast, conservative groups have invested heavily in programs like “leadership development” that bear fruit over time by building up the political cadre needed to direct entire organizations, and not just campaigns, Vera claimed.

Consider the contrasting fates of two of the best known campus youth groups spawned during the 1960s:  Students for a Democratic Society (SDS) and the Young Americans for Freedom (YAF).