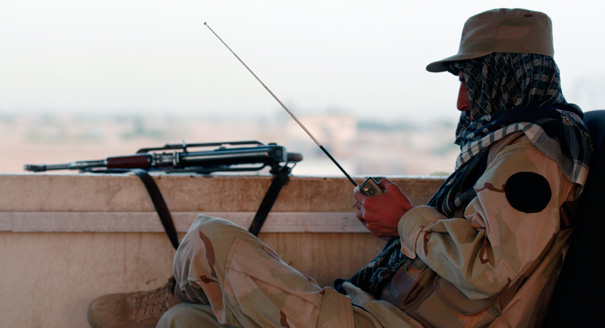 President Trump lays out his strategy for the war in Afghanistan (sort of), but will it be successful?

President Trump did a bit of an about-face last night in announcing the plan to continue to wage war in Afghanistan against terrorist cells and the Taliban.  He admitted he was initially against the continuation of the conflict, but listened to his advisors who convinced him to stay the course and even apparently escalate the hostilities.  I say apparently, because he did not lay out a specific campaign or goal, but generalized about the defeat of these terrorist organizations and setting up a stable government in the nation.

In fact, much of his speech reminded one of the type of speeches you would hear on the campaign trail: “I have a plan to …,” or “my plan will …” without specifically detailing any of the steps that one would use to reach the fulfilment of any such plan.

But on one point, he was quite clear.  “We are not nation-building again,” according to Trump, “we are killing terrorists.”  Certainly, this statement will bring many of his supporters and his generals to rally around the flag and country, but just how this is going to happen is still somewhat of a mystery.

An increase in troops in the country will likely be the first step.  We currently have about 8,000 serving in the region, but if we increase that number five-fold to 40,000, that is less than half of what we once had in Afghanistan, and we didn’t succeed in stopping the spread of terrorist activity with that number.

He also said the military would be given a little more leeway in Rules of Engagement, indicating he felt the soldiers were handcuffed by previous policies that prevented immediate and decisive action on the battlefields.  That is a little worrisome in its own right, because many of those rules were put in place to prevent knee-jerk reaction by forces in the passion of the battle from making things worse, by inflicting civilian casualties while pursuing the enemy.

Those efforts would be successful in a traditional war setting, where one nation is fighting against another, but in a war of ideologies, they may not produce the intended outcome.  We must remember, we are a fighting force in their backyard, and drone strikes, mass bombings and house-to-house fighting in their cities often result in loss of family members and loved ones who were completely innocent of terrorist beliefs.

Quite often, those situations turn a marginal ordinary citizen into a jihadist fighter.  Anger at foreign forces who used bombs and guns to kill innocent family members is hardly placated by the notion they we were just trying to help in the long run.

So, can we kill enough terrorists to make American cities and towns safe from terrorist attacks?  Doesn’t seem likely.  Seems the better path would be to prevent new terrorists from being radicalized, and gaining the trust of the locals to help identify those who are already plotting to do harm across the globe.

The war in Afghanistan has been going on for 16 years, and by all indications, not a whole lot of progress has been made.  You can argue that troop withdrawals hampered the efforts, and you can argue that we never should have engaged in the first place, but both points are moot at this period in time.

This is not a war against another state, such as the Revolutionary War, or the World Wars.  This is a war of ideologies and beliefs.  The US certainly has the military strength and firepower to destroy Afghanistan, but do they have the power to assist, educate, and change the minds of those living in despair and poverty, and, seeing no way out, turn radical?

How many lives will it take, terrorists and innocents?  Should thousands of American soldiers die to prevent an attack in the US?  At what point does the scale tip in our favor?

We must continue our efforts to stop terrorism wherever it exists, but we do not necessarily need to inflict mass casualties to do so.  If we do, are we any better than those we seek to kill?