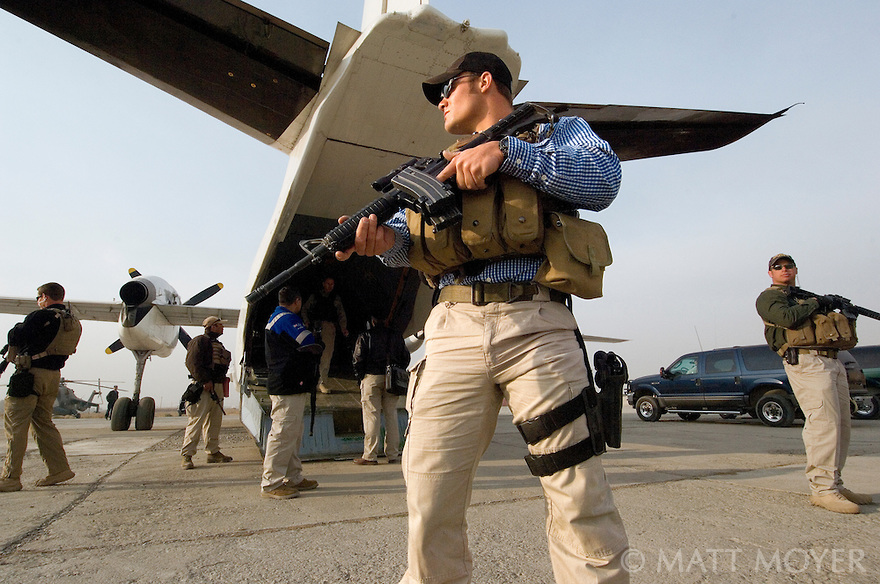 Option 4 calls for the introduction of private military contractors, or PMCs – most of them retired members of the US special operations forces, or SOF – to begin replacing  American advisors so that a promised “withdrawal” – of regular army forces, at least – can begin expeditiously.

The idea was first proposed publicly by Erik Prince, founder and past president and CEO of the controversial private security firm Blackwater, in a op-ed published in the Wall Street Journal last May.  Prince argued that relying on veteran PMC soldiers to help fight and direct the war would be cheaper and more efficient – about $10 billion annually compared to the $45 billion now being spent.

The PMCs would stay in the field semi-permanently rather than rotating out every nine months as regular American units do.  Prince also proposes to allow PMCs to direct an air operation, much like the one currently being proposed by the Pentagon brass – but it would be in private hands, possibly under the operational control of the CIA, working closely with PMCs on the ground.

Trump’s Defense Secretary James Mattis and his National Security Advisor H.R. McMaster are reportedly apoplectic about Prince’s proposal, and about the wide airing it has received, not only in the mainstream media but within the upper reaches of the administration, largely due to strong support from departing presidential counselor Stephen Bannon and Jared Kushner, the president’s son-in-law, with whom the president consults regularly.

It doesn’t hurt, of course, that Prince also happens to be the brother of Trump’s education secretary Betsy DeVos, and has ties to conservative GOP fundraisers.  Trump has admitted that he not only read Prince’s op-ed but found it intriguing.  The proposal dovetails with his reflexive support for private sector solutions.  It also cleverly disguises a de facto escalation as a US troop withdrawal – which could help Trump politically.

But is it feasible, in fact?  PMCs are already present in a big way in both Iraq and Afghanistan but have functioned mostly as military trainers and security guards, a role that Mattis has said publicly he supports as a way of freeing up American soldiers.  But using PMCs  as Pentagon force multipliers is one thing; transforming them into America’s primary “boots on the ground” is quite another.

It will be fascinating to see in Trump’s speech and the aftermath how this fierce behind-the-scenes bureaucratic conflict plays out.  It could be that Bannon’s ouster – in part prompted by his persistent disagreements with McMaster  — means that Prince’s privatization plan will be tabled.  Prince was scheduled to participate in the final briefing of Trump on the Afghani options last week but McMaster reportedly prevented him from attending.

But it’s just as possible that Trump will decide to implement some combination of the two plans, if only to appease Prince and the varied constituencies he seems to represent. Trump has long expressed his admiration for special operations forces as a counter-terrorism force, and clearly has fewer scruples than the Pentagon about how these forces might be deployed — either as full-time soldiers, or as PMCs.

Whichever option or combination of options Trump chooses, even a modest escalation is going to prove controversial.  It will surely spur calls from Congress for fresh hearings, policy oversight and aid “conditionality.”  It may well provoke Trump’s base – including Bannon, now firmly re-ensconced at Breitbart News — to question whether Trump has “sold out” the cause.  And in the wake of Charlottesville, it may well give Trump’s most ardent critics one more reason to question whether the president is “fit” to lead.