“Whiteness is the process by which White people fail to recognise how race impacts their lives; White privilege is the personal benefits of living in a society where Whiteness is centred; and White supremacy are the political outcomes of this racial buffer.” ~Dr. Zuleyka Zevallos, Applied Sociologist & Swinburne University Research Fellow

Whiteness is not a culture or region; it is instead, a manufactured social construct engineered to facilitate and justify discrimination against “non-white” people. Whiteness is weaponized through white supremacist ideology. Prior to August 11, 2017, “white supremacy” was not part of the mainstream lexicon. However, the term gained renewed relevance when Nazi and KKK members terrorized, attacked, and murdered citizens for two days in Charlottesville, Virginia. As this nation faces its connection to white supremacy, many on the side of justice, are grappling with where we go from here. This is especially true for people of color born and raised during the “Post Civil Rights” era.

Even the most “woke” 30- and 40-somethings are searching for answers and next steps as we enter territory that is new to us. Although things seem bleak, particularly as the nation’s president publically sides with domestic terrorist organizations in the wake of Charlottesville, this generation is armed with a tool our predecessors did not have in times of revolution; Hip Hop culture.

The birth of Hip Hop came exactly 44 years before the Charlottesville attacks on August 11, 1973. The immediate origins of Hip Hop are rooted in the determined Black and Puerto Rican youth of the South Bronx who refused to be silenced by white supremacist laws and policies. By the early 1980s, Hip Hop culture was inspiring the disenfranchised worldwide. Over the years, styles within the culture have come and gone, but one factor has remained; Hip Hop culture is the voice of the oppressed.

From an expanded lens, Hip Hop was born of the energy generated by young activists in the 1960s. Recognized by the United Nations as an international culture of peace, Hip Hop culture is a global phenomenon uniting individuals across continents. It is a tool elevating mental health, education, and business. Taping into Hip Hop’s activist roots, ingenuity, and reach can provide the pivot point needed in this new era of revolution. The following are 7 ways Hip Hop culture can be enlisted to eclipse white supremacy: 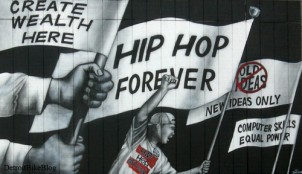 Members of Hip Hop culture are producing almost any product and service one can imagine; from the clothes we wear, to the detergent we use to wash them. Rapper Killer Mike has even inspired a movement within the culture to utilize Black owned and community banks. From its inception, the entrepreneurial spirit and drive to “make something out of nothing” has fueled Hip Hop culture. Using cooperative economics with deliberate intention becomes a viable strategy in rising above white supremacy. 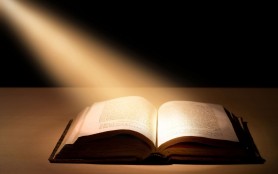 Since the early days, members of Hip Hop culture have preached the importance of “knowledge of self” through songs, interviews, and other media. During the social media age, those within the culture made the acquisition of knowledge cool by sharing information on various platforms to raise awareness. In 2016, rapper and music producer David Banner pushed this trend even further with the national #TheGodBox Lecture series, which challenged sellout crowds to empower themselves through reading and studying the great thinkers of our past and present.

In 2016, Hip Hop culture turned a page in its evolution with the introduction of the 10th element, Health & Wellness. The 10th element focuses on holistic living through the promotion of plant-based diets, food justice, and self-sustainable living, each tools that can strengthen the culture physically and fiscally. White supremacy is about power not race, and eclipsing it requires attention on all sides. Remember, “He who controls the food supply controls the people”. 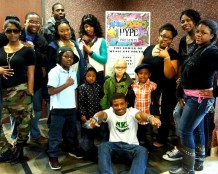 Since the birth of Hip Hop, young people have eclipsed white supremacy by finding their voices through the culture. Today, Gen Xers, Xennials, and Millenials who grew within the culture are creating Hip Hop-based mental health, community, and educational programs, preparing our future leaders today. Our youth are our greatest resource. We can elevate them to new heights in spite of white supremacist acts, by strategically integrating elements of Hip Hop culture into all areas of empowerment work with them. 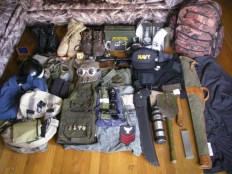 One of the greatest criticisms of Hip Hop culture is its supposed “promotion of violence.” Listen to enough rap songs, and one can learn the names of a wide variety of firearms; however, name checking a Draco with a drum, and possessing the skills to fire one are two separate matters. Within Hip Hop culture, there are experts who provide tactical skills training, including firearms and survival/escape techniques, and it is time more of us get familiar. White supremacy aims to terrorize, thus learning defense tactics offers a unique point of empowerment.

For years, individuals have entertained the idea of forming a Hip Hop political party; the difference now is we have numbers on our side. As the age demographic and political structure of the nation shifts, we have a unique opportunity to reimage our role in politics. Although politics is not an easy nut to crack, grassroots organizing is an inherent strength of Hip Hop culture that if utilized strategically, can change everything. Many of the values Hip Hop culture stands for are the very ideals that can eclipse white supremacy. 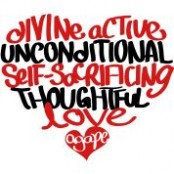 The battle against white supremacy many hoped had run its course never ended, and each passing day reminds us there is nothing new under the sun. Current history is challenging each of us to choose a side; love and unity or fear and hate. As for the culture, the birth of Hip Hop is a testament to the power of love and unity. Our side, chosen by birthright, is calling upon us within Hip Hop, to use our love of the culture, resilience, and gifts to eclipse white supremacy with even greater moxie. The future rests upon us.