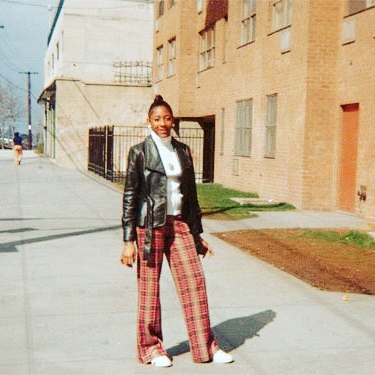 When we talk about Hip Hop, we know the story of Kool Herc, but there is always a woman that stands alongside and usually behind holding up the man that is taking credit, or getting bows and the accolades and we wanted to talk to the first woman of Hip Hop Cindy Campbell; the sister of Kool Herc.
~Davey D introducing Cindy Campbell in a 2010 Interview

Hip Hop culture emerged when young people armed with records, rhymes, spray paint, cardboard boxes, and shamanic vision found their voices. It is a force fueled by its intrinsic innovation and relentless resilience. In honor of the August 11, 1973 Back to School Party, recognized by many as the “birth of Hip Hop”, Google Doodle paid homage to the culture’s 44th birthday.

In the four decades since this epic Back to School Party, Hip Hop culture has engaged more young people than any other recent movement. And like all great movements, accurate archiving of its history is of the utmost importance. As a lifelong lover of Hip Hop, I was pleased to see the August 11th Google Doodle, but disappointed when there was no mention of the brains, money, and machine behind the event that spawned a global culture. Enter the lost story of Cindy Campbell, sister of the “Father of Hip Hop” DJ Kool Herc.

During the 2010 Hip Hop Association International Film Festival, journalist and Hip Hop historian Davey D interviewed Cindy Campbell. Throughout the interview, she offered a behind the scenes perspective about the planning of this historic day, dropping major jewels that provide context for Hip Hop’s founding.

As a teenager, Cindy Campbell became an unsung legend who blazed a trail that still shines throughout the world today. The following are four foundational pillars she contributed to the culture. 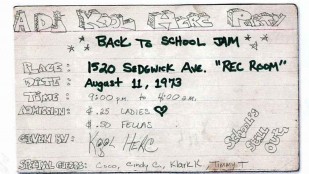 Entrepreneurial “something outta nothing” spirit

During the summer of 1973, young Cindy decided to throw a party on August 11, 1973 as a means to “increase my money.” With the assistance of her father, she was still a minor; she reserved the recreation room at 1520 Sedgwick Avenue for $25. To “cut costs” she tapped her brother, Kool Herc, to DJ the party. Using index cards she obtained through her leadership at school, Cindy created the event invitations. She also purchased food and beverages at wholesale prices to sell during the party, and decided to charge “.25 for the ladies and .50 for the fellas.” At the end of the night, Cindy Campbell successfully achieved her initial goal, making $500.

Hip Hop culture as the voice of the youth

After the first party, Cindy and Kool Herc continued to create spaces that allowed their peers to “come as yourself” and have fun. During her interview with Davey D, she described letting “the streets tell us” where to host future parties, and giving “the community culture.” Cindy Campbell spoke of Hip Hop “[flying] below the radar” for many years, stating “if it didn’t they would have killed it.” Youth led movements are often seen as a threat, and Hip Hop culture is no different.

Women as a major factor within Hip Hop

Cindy Campbell produced and financed the Back to School Party that became the “birth of Hip Hop,” making her the first Hip Hop promoter. In the years that followed, she managed the career of her brother, now recognized as the “Father of Hip Hop,” setting up the “Beat Street” movie deal and brokering the 50th issue cover story with the Source Magazine that featured Kool Herc, Grandmaster Flash, and Afrika Bambaataa. During her negotiations, she secured payment for each legend stating, “These are not ordinary people and they must be paid.”

Ability to bring generations together

I had the opportunity to speak to Cindy Campbell in 2011 at an event organized by Hip Hop archivist Martha Diaz. During our conversation, Ms. Campbell described the Back to School Party as “a spiritual experience” that was attended by most of the youth and parents in the neighborhood. She spoke of the love and mutual respect shown between the generations. During the party, alcoholic beverages were sold, but the strong parental presence and mutual respect of the youth ensured “nobody would do anything wrong.” This intergenerational introduction laid the foundation that Hip Hop culture rests upon today. According to the legend herself, this foundation is the reason the culture has grown to limitless heights.

Thank you Cindy Campbell…May the culture always honor and celebrate your legacy!