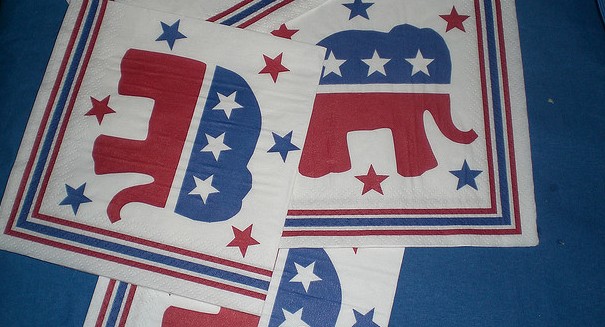 If Republicans fail to deal with Obamacare, voters will likely have that on their minds when the mid-term elections come around.

The Republican leadership, along with the rest of the elected representatives in Congress, are about to let any and all momentum they were enjoying slip through their fingers, all because they can’t pull enough of their comrades together to do something they have been promising voters they would do for almost a decade.

Deal with Obamacare.  Even before the legislation was passed, Republicans were attacking the plan, and rightfully so.  The Affordable Care Act is not only not affordable, it is unsustainable, and is a total disaster.  Everyone knows this, but for some reason, the majorities in both houses can’t seem to agree on what to do about it.

Six months ago, fresh off Trump’s Inauguration, the GOP was poised to make a little headway in restoring America’s economic conditions, begin to undo some of the “pen and phone” executive orders issued by President Obama, and start the process of returning to constitutional government.

And they have made good progress overall, as Senate Leader Mitch McConnell points out.  A new conservative sits on the nation’s highest court, and many of Obama’s over-reaching regulations have been reversed.

But the Republican Party campaigned on repealing Obamacare, as they have done for the last several elections cycles, promising voters to do just that If they got the majority in both Houses and the Presidency.

They passed dozens of bills, vetoed by President Obama, but suddenly cannot agree on even one version that President Trump is ready and willing to autograph, and fulfill his own campaign promise. Now, amazingly, they can’t even re-send one of the bills they already agreed upon.

This makes the Republican leadership and the Republican Congress in general look as if they are either incompetent, not a good thing, or flat-out liars, an even-worse thing.  For almost a decade, they have been telling their base if you just give us the right support and enough votes, we can abolish this disaster of a bill and make things better for all of you.

Everyone is looking for collusion, well, maybe we have found some.  Did Republican senators collude with Obama on his signature legislation?  Did they tell the ex-President they would keep sending worthless legislation to him to appease their base, and he could keep vetoing the bills to appease his own supporters?  Did they also expect Hillary to be elected and continue the charade?

No matter what else they may accomplish between now and the November, 2018, mid-term elections, the albatross around the neck of the GOP will be the failure to deal with Obamacare.  American voters said they wanted the Republican Party to fix the healthcare debacle. If they fail to even make an attempt, it won’t be forgotten.

The Democratic Party was reeling after Clinton’s defeat the seat losses of the past couple of election cycles.  They had no coherent message, no leadership in the party, and were poised for even more defeats in 2018 and on into 2020.

The only thing that could save the Democrats was for the Republicans to fail to live up to the expectations of the voters.  It appears the Republicans in Congress are working hard to achieve that goal.