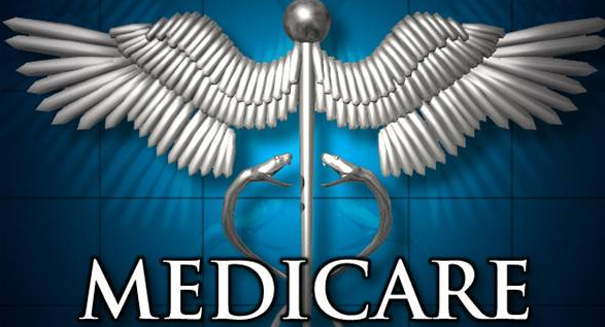 If you expect your healthcare insurance costs to disappear when you turn 65, you probably should take a closer look.

That’s a phrase I have heard repeatedly over the last several years, spoken by people that were affected by the recent economic recession and other issues that forced them out of the lifestyles to which they had become accustomed.

The community that surrounds where I live was hit particularly hard during that period.  The industry that had been a major supplier of jobs in the area was bought out by a competitor and most of the jobs were either eliminated or transferred to other parts of the country and the world.  These were jobs that were assumed to always be there, as many families had been employed by the company for generations back.  Almost suddenly, those workers were facing the reality that they would have to look elsewhere for employment.

It was just a business decision, nothing personal, and it has played out all across the nation in recent years, as jobs are being replaced by foreign workers and automation, and companies are merging or being swallowed by conglomerates to reduce costs.  However, that doesn’t lessen the impact it has on those displaced workers.

Some chose to leave the area completely.  The major industry pulled out, it left little behind to provide employment at all, much less comparable salaries.  Some decided to remain, and are now driving longer distances to work in neighboring communities, although many still had to face drastic cuts in take-home pay.  There was also the added expense of gas and travel that cuts into the family budget.

As you run into these people, at grocery stores or restaurants, the conversation always includes the obligatory, “So, what are you doing now?” question.  That’s when you hear the reply, “I’m working at (fill in the blank) and trying to hang on until I can get on Medicare.”

It would seem the major concern for most older workers, and I am including those 50 and above in the group, is healthcare costs.  In fact, many have told me they hate what they are doing now, but must stay on the job to be able to afford health insurance.  They almost seem to believe that problem will go away immediately after they reach the age of 65.

Regardless of what you hear from any politician, there is nothing affordable about healthcare coverage, and when they say healthcare, make no mistake, the politicians are talking about insurance costs, not the actual costs of healthcare itself.

But most people not already on Medicare don’t realize that Medicare coverage is not entirely free, and you will still have sometimes staggering costs associated with your healthcare after you are enrolled.  A recent study by the Commonwealth Fund estimates that 27% of elderly and disabled Medicare beneficiaries spent 20 percent or more of their household income on out-of-pocket medical expenses and monthly premiums in 2016.  The Commonwealth Fund is a private foundation whose mission statement includes promoting “a high-performing health care system that achieves better access, improved quality, and greater efficiency…” and is a bipartisan group.

That’s over one-fourth of your income, which for many consists of their monthly Social Security checks and little else.  Lots of younger workers that have company-provided insurance coverage don’t realize that Medicare does not cover things like dental, hearing, and vision coverage, medical issues that the elderly will likely face as they age.

Medicare does not have a cap on out-of-pocket expenses, and most retirees choose to purchase additional supplemental insurance to bridge the gap, but it comes with its own price tag, averaging about $2000 per year.

Reaching Medicare eligibility will not solve your healthcare costs problems, and it is particularly scary knowing that the coverage and its limitations could be changed in the future, since it is in the hands of politicians.  With the nation’s debt steadily increasing and the population getting older and living longer, who knows what Medicare will look like in 20 years.

Most of you in your 50s and looking forward to retirement and Medicare coverage should be very concerned.  There is no pot of gold at the end of the rainbow.  And if it were, the government probably has a plan to tax it.