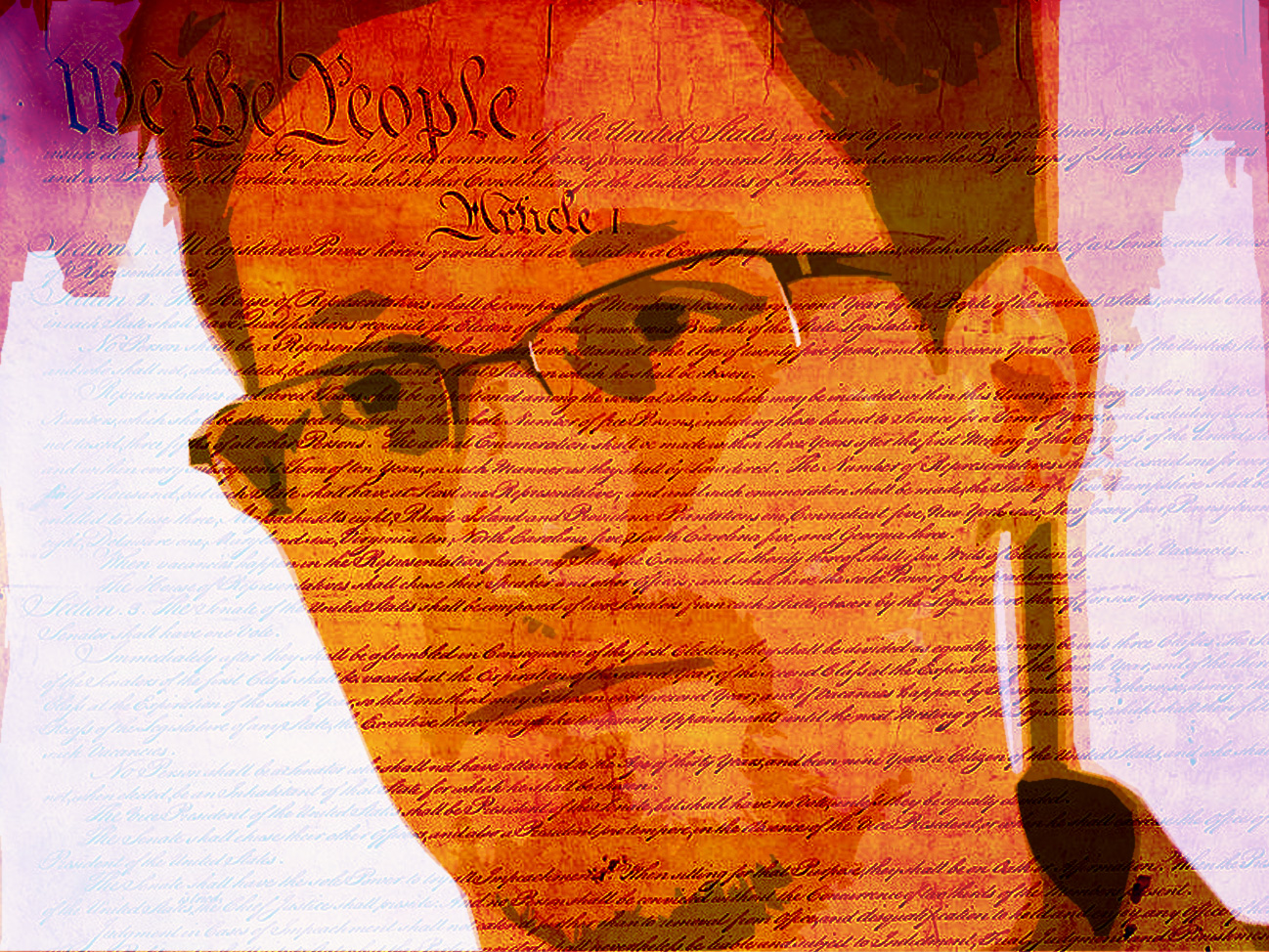 Though Donald Trump tweeted back in 2014 that Edward Snowden should be executed, Trump should consider pardoning him. If Trump is not going to go after Hillary Clinton (like he promised) he should re-consider what he said about Snowden.

Here are Snowden’s words in response during an interview with Katie Couric:

“I wonder when it is that he [Trump] thinks America was great. Because if you remember what we did to traitors in 1776 and afterwards, we made them president. We are a country that was born from an act of treason against a government that had run out of control.”
We are a nation born of treason. The United States was born of rebellion to that which was wrongly imposed upon us as colonists. Is Edward Snowden so different from those who broke the law for the sake of us all? Yes, there is the law to consider and then there is what is right. Sometimes a man is faced with going against the law to do what is right. In his interview Snowden went on to say:

Barack Obama stated that he would not pardon Snowden as he has not stood trial. This honestly is fair. But Snowden is not asking for a pardon at the moment. He is asking for a fair trial which is not
likely under the charges against him which fall within the Espionage Act of 1917. 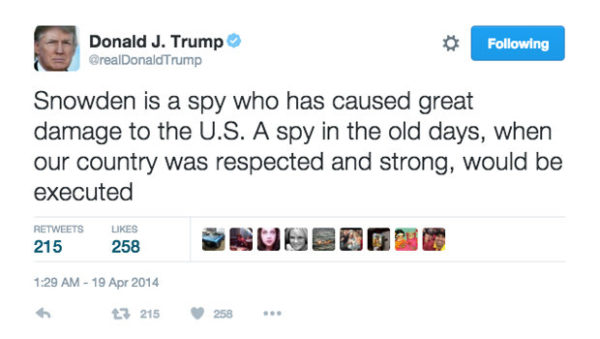 On Trump’s famous/infamous Twitter he claimed that Snowden had caused great damage to the U.S., but I see no evidence of this supposed great damage. I can, however, see evidence that his actions have helped this country. Even President Obama said that Snowden’s actions raised legitimate concerns. After his revelations Congress passed the first reforms to US intelligence laws in the last 40 years. And the courts found unlawful and unconstitutional activities on the part of the government within the documents that Snowden handed over.

Trump’s pick for CIA Director Mike Pompeo has called Snowden a liar a criminal and he has called for Snowden’s execution in an interview. But Donald Trump is his own man despite who he put in charge of the CIA. If there is anyone who is capable of changing his mind and going against the grain, it’s president-elect Donald Trump. The question here is: will he do what is right? My personal opinion is that Trump is too much of an authoritarian to allow Snowden to get away with his slight against the government. Though I would like to, I don’t foresee a pardon in Snowden’s near future.