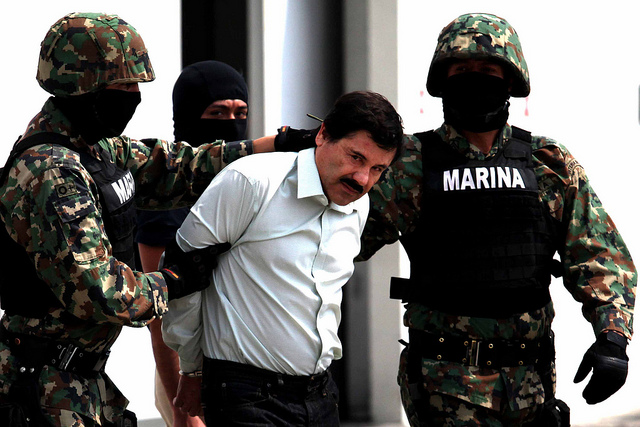 Five men and one woman were found in the municipality of Tlaquepaque in a crime which defies imagination and disproves Donald Trump’s theory that Mexico is sending its worst people to the United States. In the Mexican city of Guadalajara in what is believed to be a drug deal gone awry, one person was killed and the remaining six had their hands cut off. Swift and irreparable punishment that will remain with these victims for the rest of their lives. A constant reminder of the price they each paid for their malfeasance which was believed to be theft. A note was pinned on the body of a seventh victim, which according to local media reports it stated, “This is what happens to scoundrels.” Signed “sincerely Anti-Rate Group.

These mutilations occurred in the western state of Jalisco, but the victims who ranged in age from 24 to 44 had been kidnapped from various parts of Guadalajara on Monday, October 10, 2016, and tortured to send a message to future would be betrayers. Though two men have been arrested, this crime and its victims are thought to be members of a larger criminal enterprise.

Fear mongering has been a mainstay of Donald Trump’s candidacy, especially the assertion that Mexicans are coming across the border in droves to reap mayhem on an unsuspecting population. Much like the racist D.W. Griffith whose 1915 film The Birth of a Nation, which glorified the Ku Klux Klan and vilified black men as both rapists and threats to the ‘chastity and purity’ of white women; 100 years later, Trump has whipped his followers into a frenzy using these same tactics. However, instead of African-American men, Mexican men are the newest iteration of ‘colored’ people threatening the sovereignty of the ‘white nation.’

Throughout 2015 Trump continuously alluded to the dangers posed by marauding Mexican men who are here illegally and were raping beautiful, blond women and girls, some as young as 14-years-old.  Although, the alt-right has been promoting these falsities for years, Trump from his bully pulpit has convinced his followers that these violent criminals have been allowed to stay in the U.S. despite being identified by law enforcement as illegals. Thus, he extrapolates that the legal system and President Barack Obama’s administration are equally culpable when these Mexicans murder and rape.

Trump  drove this point home by continuing to time again to malign an entire country and its citizens by insinuating that they are all inherently savage reprobates.

Conspiracy theorists like Laura Ingraham, also promote these falsities, by covertly signaling to adherents that these Mexican men, as well as Black men, are a particular threat to white women such as herself. She encourages ‘patriots’ a euphemism for ‘white nationalists’ men and women to arm themselves against these aggressors, using assault weapons to inflict the maximum damage and send a clear message. Trump, a paragon of intellectual curiosity and perspicacity continues to erroneously reference an article titled, ‘Is rape the price to pay for migrant women chasing the American Dream?” as evidence of the predatory nature of Mexican men.

However, the article which was published in 2014, authored by Erin Siegal McIntyre and Deborah Bonello was actually a revealing expose into the plight of 80% percent of Central American women and girls who are raped while crossing Mexico to illegally enter America. These unfortunate females were generally violated by the smugglers, drug dealers, and sometimes the authorities. Nothing in the article proved Trump’s or the alt-right’s claims that these same rapists were migrating to the United States. In fact, there does not appear to be any incentive for these criminals to illegally cross the border into America where they would be relegated to an inferior social status, and their lucrative criminal enterprises vastly curtailed.

Mexico is not sending its rapist and criminals to the U.S., unlike the period between April and October 1980 when 125,000 Cubans immigrated to the U.S. during the Mariel boat-lift. The transaction was a negotiated agreement between Fidel Castro’s government and then president Jimmy Carter’s administration. It was subsequently discovered that of the 125,000 immigrants who arrived in Florida, many were  criminals and mentally ill people who had been deliberately sent by Castro to rid his country of undesirables. Few Americans living outside of Florida remember this debacle and the crime wave which followed, but it was infamously immortalized in the 1983 film Scarface.

Bottom line, the Mexican federal police are diligent and put their lives at great risk to capture and imprison criminals. Despite rampant corruption, there are those who take their oaths to uphold law and order seriously. They hunt down criminals, and those who escape capture by them eventually fall victim to barbaric street justice similar to that meted out to the six amputees at the beginning of this article. There is no Mexican hand off, and most people who cross illegally in America are in many cases fleeing the tyranny of drug lords or extortion by gang members.

In fact, the notorious drug lord, Joaquin ‘El Chapo’ Guzman (pictured above) initially fled to Guatemala from which he was subsequently extradited back to Mexico. Then, he escaped from a second Mexican maximum-security prison and hid out in his condo in Mazatlán, Sinaloa. After his third escape from prison he hid in Mexico, but was subsequently recaptured “during [a] raid, [in which] five gunmen were killed, six others arrested, and one Marine was wounded.” Not once during this entire ordeal did Guzman try to enter the U.S. illegally to hide out and engage in criminal activities.

Mexicans and other Central Americans who risk the crossing are at the very fringes of society. They are vulnerable, and though they know that the journey is fraught with danger, they would rather risk life and limb, rape and violence, robbery and abandonment, all in the hope of coming to this country to earn a living working in jobs most Americans eschew.

Does it make it right? No. But can you say that you would not do the same to save your family under such exigent circumstances? Thank God, as American citizens, the chances are slim that you will ever face such a dilemma.