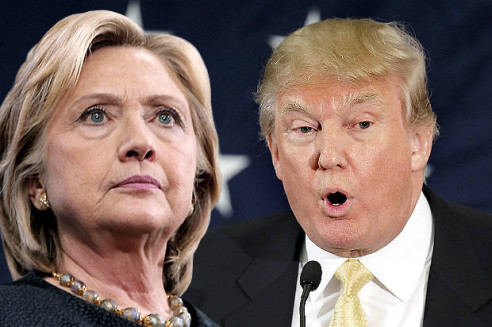 Hillary hobnobs with the wealthy ahead of the elections

The fundraising event that Obama attended with Hillary in Martha’s Vineyard is just the tip of the iceberg. In the next two months, Hillary will be out on the fundraising circuit that will take her through 16 states, Washington, D.C, and an international event in the Netherlands. The Wall Street Journal observes that Clinton will attend as many as 60 fundraising events where she will hobnob with wealthy celebs such as Jennifer Garner, Barbra Streisand, and Jimmy Buffet among others.

Hillary’s quest to get the fat checks that will fund her campaign will also see her spending some time in some of American’s wealthiest neighborhoods. For instance, Hillary has already attended a $10,000 per plate dinner in Martha’s Vineyard. She’ll also be heading out to Nantucket, Beverly Hills, Silicon Valley, Sag Harbor, and Laguna Beach among others.

Mrs. Clinton’s fundraising itinerary bears sharp contrast to Obama’s fundraising efforts, which had the biggest support from the grassroots. To start with, Obama’s 2008 campaign was powered by small donors with about 22% of his donors giving out less than $200. In his 2012 outing, about 48% of his donors were small donors contributing less than $200.

A CFI Study noted that Obama was “able to capitalize on the 13-million person mailing list he assembled in 2008 to launch into small-donor fundraising at a much faster pace than four years ago.”  Despite his reliance on grassroots support from small donors, Obama was able to set new fundraising records. In fact, , Obama is the first major-party presidential candidate to turn down public financing in the general election since 1976 when it became legal to accept public financing for campaigns.

It is already obvious that even though Obama has vocally endorsed Hillary, Hillary and Obama have significantly different fundamental beliefs about how election campaigns should be funded.

Trump is not any better

However, Steve Mnuchin, Trump’s finance chairman has said that Trump is not likely to attend a fundraising event that won’t raise upwards of $1M: hence, I posit that Trump is as guilty as Hillary Clinton is in courting the special interest groups who write the fattest checks.

Judge my intentions, not my associations

Hillary is a career politician but she has also made bold moves to show that money won’t influence her if she gets to the White House. Earlier today, news broke that the Clinton family will stop collecting money for the Clinton Foundation and that the fundraising for the foundations would be left to independent third parties. The Clinton Foundation will also stop collecting corporate and foreign donations if Clinton becomes president. More so, the Clintons’ have said they’ll kill the Clinton Global Initiative which receives funds from corporations, philanthropies, and foreign governments.

Donald Trump has set up himself up as antiestablishment who is out to drive the career politicians out of Washington. The main selling point of his campaign is that he is an outsider who doesn’t have much support from special interest groups and lobbyists; hence, he is not likely to defer to those wealthy douche bags in governance. Of course, you might have issue with Trump’s bankruptcy history, but there’s no denying the fact that he is a billionaire who might not need much financial help running his campaign – I am doubtful that Trump will stake his fortune on the presidential ambition though.

It is no longer news that money is worth its weight in gold in its ability to pull political strings in Washington. However, the two leading presidential candidates are saying that they won’t allow money to influence them even though the checks from the donors are rolling in. November is almost here, I would be watching to see how our next president acts when it is time to piper.