Sixty-four percent of Americans want to see more strict gun laws, according to the poll. Only 23 percent want gun laws to remain the way they already are, and just 11 percent want less strict laws on the books. 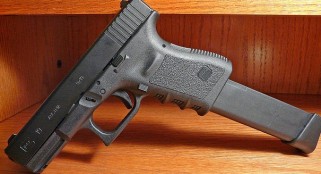 Only 10 percent of Americans would oppose a federal background check on all gun sales, with nearly three out of every four supporting such a check. Almost six in ten support banning assault rifles like AR-15s, which are frequently seen as the weapon of choice in mass shooting events.

Americans are less optimistic that these types of laws can be passed, however. A clear majority, 51 percent, think that gun laws will remain the same or become less restrictive in the near future.

The poll was published just days before the latest incident of a mass shooting, this time occurring at a Florida club that was hosting a teen night for 12- to 17-year-olds. Two individuals were killed in the shooting, with dozens more injured at the time of this article being published.

Our nation seems to be in a state of perpetual mourning over events like these. Our nation’s flag has been lowered more times than I can recall over these mass shootings, and it sickens me to the core.

We need reasonable reforms to our gun laws. The Second Amendment deserves protection, but it is not an absolute right, even if you simply read the second half of the text.

“…the right of the people to keep and bear arms, shall not be infringed” does not mean that the right to keep ANY and ALL arms is a right of the American people. Weapons designed for the sole purpose of military use do not belong in the hands of the civilian population, at least not without some extra qualifying features that individuals may possess.

This is not my opinion alone — the creator of the AR-15 and his family similarly state that the weapon so often used in these shootings was never intended for civilian use.

“After many conversations with him, we feel his intent was that he designed it as a military rifle,” says the family of Eugene Stoner, the creator of the AR-15. Stoner himself never owned the weapon.

A conversation is desperately needed on gun ownership and regulations in America, followed by actions that will help to prevent these heinous acts from occurring. Yet as it stands right now, a powerful bloc of gun interests and their political allies are preventing that conversation from taking place.

But how many innocents must perish before we take this problem seriously? How many must suffer before the NRA and their legislative allies understand that we have a problem?

Americans are tired of turning on their TVs and hearing news reports with high casualty numbers. We have a gun problem in this nation. And we can’t do anything about it until we admit that to ourselves.