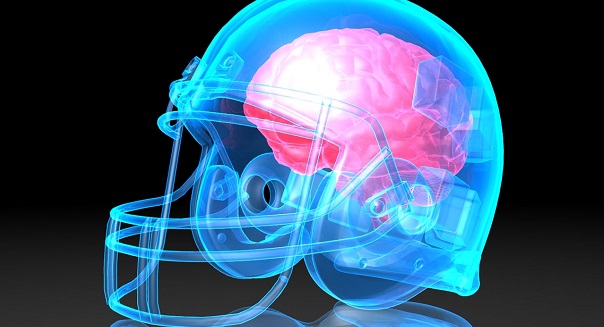 Among other things, a 98 percent reduction in brain damage can be had from fish oil supplementation alone.

The latest research into concussion injuries indicates that recovery can take four months or more, much longer than the previous conventional suggestions to simply diminish physical activity for one week. Published in The Journal of Pediatrics, the findings challenge long-held assumptions and also announce for the first time that diet and stress-reduction can have a significant impact on healing. Some of the diet suggestions are listed below.

Healing from concussion can be a major life challenge, and it is young people who often must bear the difficulty. High school and college athletes sustain a high number of head impacts. With the new data, personal commitments will be tested as the changes recommended involve a radical lifestyle simplification.

The symptoms related to concussion may be subtle and, especially early on, not even noticed by doctors, family members or patients. Symptoms that are eventually noticed can include fatigue, dizziness, head pressure, sensitivity to light and sound, blurred vision, memory difficulties, anger, ringing in ears, mood changes, nausea and headache.

The Journal of Pediatrics study says that, even though full healing may take four months or even longer, one week away from mental and physical activity can significantly reduce symptoms and improve cognitive performance. Specifically, things like television, telephone calls, computers and socializing with family and friends should be curtailed. Even when the one-week-away occurs several months after the injury, improvements have nevertheless been recorded.

Athletes who participated in the study and started their week of inactivity during the first week after their injuries saw test results decrease 15 points on a 132-point scale. However, those who began their inactive week 30 days or more after their injury saw similar results.

The essence of the new findings says that the human brain requires substantial rest if there is to be a chance for substantial recovery and healing from a concussion. The period of inactivity can be ideal time for meditation.

Researchers in The Journal of Neurosurgery, verified the possible benefits of omega-3 fatty acid / DHA supplements for concussion. Significantly, they wrote that animals who received a fish oil nutritional supplement each day for 30 days after a concussive injury had more than 98 percent reductions in brain damage when compared with those that did not. Hypothetically, omega-3 fatty acids were responsible for reduction in neural inflammation promoted by the head injuries.

The reduction of inflammation appears to be critical to healing. Information about using nutrition to discourage inflammation in the body is widely available on the internet (here, for example). Generally, however, the suggestions are to choose a variety of foods throughout the choices of frequently acknowledged healthy foods. Diets that fight inflammation include as much fresh vegetables and fruits as possible, as well as minimizing processed and fast foods. Also noted as helpful is elimination of sugar and caffeine.

Extra bodily weight may make symptoms worse; however, distinguishing between the “good” and “bad” fats is important. Good fats are actually essential for brain operations and is endorsed for brain recovery. Such fats include olive oil, coconut oil and avocado.