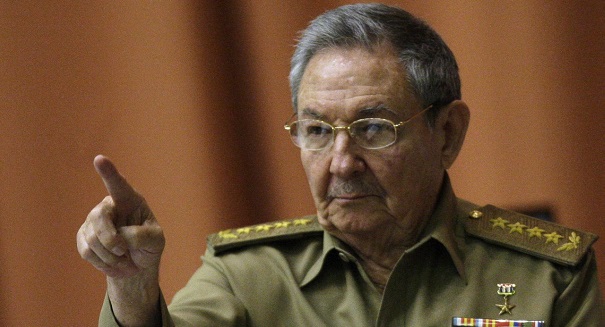 The U.S.-Cuba relationship history has officially been changed with an agreement made on Wednesday.

A new chapter has been written in the U.S.-Cuba relationship history. On Wednesday, President Obama worked out a deal with the President of Cuba, Raul Castro, to end the strife between the two nations, re-establishing diplomatic relations.

A key element in the developing situation was the release of an American contractor who had been held in a Cuban prison for five years – Alan Gross. It took about 18 months to work this out. It was initiated by the President of Canada, and then pursued with the help of Pope Francis.

The final arrangements to release Gross were completed at the Vatican, overseen by the Pope. Obama and Cuba were on a phone line to the Vatican and agreed to end the 50-year impasse between the two nations.

The release of Gross was facilitated by the United States agreeing to release three men who were arrested and jailed in 2001 as Cuban spies. Another man who had been an intelligence source for the United States and had been in a Cuban prison for 20 years was also released. Another 53 men that the U.S. has identified as being political prisoners of Cuba will also be released.

As part of the new relations with Cuba, the United States will have an embassy in Havana, possibly as soon as the next few months. The U.S. has not had an embassy in the Communist country for over 50 years.

Although the initial aspects of the new diplomatic relations have been established, there is yet much work to be done. For one thing, there will still be some restrictions kept in place. While travel restrictions will be lessened and certain banking restrictions, the embargo against Cuba will not be removed.

President Obama said today that talks will be started with the goal of normalizing U.S.-Cuba relations. One especially important area that must be addressed is to look at the fact that Cuba has been identified by the U.S. as a state sponsor of terror. This designation was given in 1982. Secretary of State John Kerry has been appointed to review the situation.

There are some things that have been restricted in the past, such as travel and the embargo against certain items that might be classified as imports and exports, or making contracts. Parts of the specific details may be lifted by the President or certain appointed committees, but the entire removal of these restrictions would require an act of Congress.

Some senators, such as Florida Sen. Marco Rubio, have vowed to stand in the way of normalizing diplomatic relations with Cuba. He intends to prevent the nomination of anyone for the position of ambassador to Cuba. Rubio also says that he will oppose any funding designated for a new embassy in Cuba. Other Congressional leaders have also spoken against the new relations with Cuba, particularly the GOP lawmakers, which will be coming to greater power in January.

One thing that the opposers of the new relationship will agree with, however, is that it appears that the President does have the legal power to take this step. While only Congress can remove the whole embargo against Cuba, there is nothing that says that it cannot be modified.