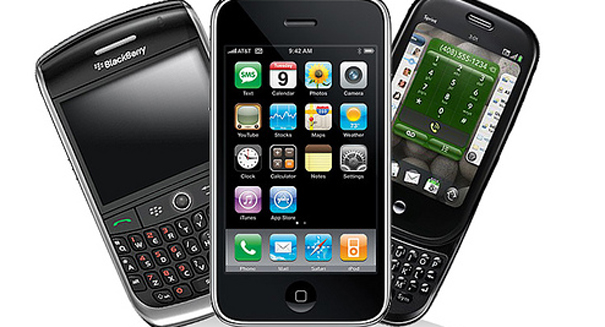 Smartphones essentially replaced small, low-end, pocket-sized cameras years ago, but now, they are taking a hatchet to another market: advanced interchangeable-lens cameras.

Why buy a phone and a camera separately when you can get both in the same sleek package? That’s the question that many consumers have been asking this year, and according to a new report from Information Week, smartphones are beginning to take a toll on the sale of high-end camera devices.

The news is hardly surprising. Smartphone cameras have been improving at a steady clip over the past few years, and their overall convenience – of always having a camera in your pocket, of being able to upload photos directly to Facebook or other social media networks, and of being able to easily send pictures to friends via text message – outstrips the conventional camera in nearly every regard.

Smartphones essentially replaced small, low-end, pocket-sized cameras years ago, but now, they are taking a hatchet to another market: advanced interchangeable-lens cameras. Such cameras, which allow photographers to switch out different lenses in order to attain the highest quality image possible, are expected to drop nearly 10 percent in sales this year, tumbling from 19.1 million units to 17.4 million. While photography enthusiasts and professionals are still buying the high-end products, most everyday picture-takers have gladly traded the extra bulk of interchangeable-lens cameras for the convenience of smartphone cameras. For most, the decrease in image quality just isn’t a cause for concern.

However, the disparity between smartphone and interchangeable-lens camera quality may not last forever. Earlier this year, Nokia made a huge leap forward in phone camera technology, introducing a 41-megapixel camera with its Lumia 1020 handset. The phone’s camera rivals low  to mid-market interchangeable-lens cameras in both function and photo quality, and while its megapixel count still dwarfs the other smartphones on the market (the most recent iPhone, for instance, only has an 8 megapixel camera), it’s still a sign that smartphone photography is on its way to deeper and richer waters.

If that’s the case, then what is the future for the photography industry? In order to compete, there is no question that most interchangeable-lens cameras need to be more convenient. Removing a memory card and transferring photos to a computer before uploading them to the internet is no long an option consumers are okay with. Cameras need to have Wi-Fi capability, easy upload functions, and even apps for popular photography services like Instagram and Vine. Even then, most interchangeable-lens cameras won’t have the “take it with you everywhere” convenience of a smartphone, which could mean that bigger, bulkier cameras, regardless of future innovation, are doomed to recede further into a niche, professional photography setting.