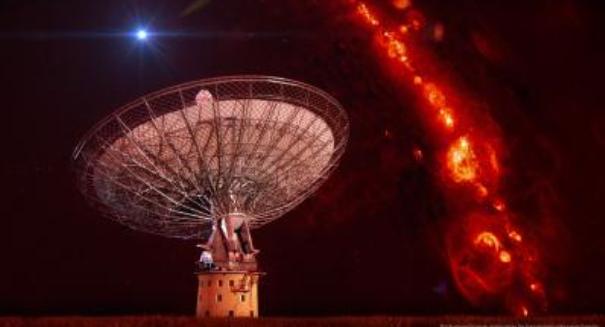 The authors posit that the radio signals last for only a few milliseconds.

Much of the Universe remains a mystery to astronomers. That statement holds especially true for an international team of astronomers that discovered strange intergalactic radio signals from 11 billion light years away. For the time being, astronomers have been unable to nail down the origins of these mysterious radio waves, but experts continue to examine the data for clues.

One this is for sure: these radio waves do not originate from terrestrial sources, according to astronomers. Interestingly, their brightness and distance suggest that they come from space distances when the Universe was only half its current age. Additionally, astronomers believe that the burst energetics suggest that they originate from an extreme astrophysical event linked to relativistic objects like neutron stars or black holes.

According to lead author Dan Thornton, a PhD student at Australia’s Commonwealth Scientific and Industrial Research Organization, the study’s findings indicate some extreme events associated with large amounts of mass or energy as the origins of the radio bursts.

About six years ago, astronomers detected a single burst of radio emission of mysterious origin outside our own Milky Way galaxy. Previously, the researchers had no clue what the radio burst was or if it was real. Since the first detection of this radio burst, astronomers have searched tirelessly for more intergalactic radio signals.

Fortunately, their search was not in vain. In the study, astronomers describe the discovery of four more radio bursts, putting a stop to any talk of whether or not these radio signals are genuine. The authors posit that the radio signals last for only a few milliseconds and that the most distant one that they detected was about 11 billion light years from Earth.

The findings of four more radio bursts support the theory that there should be one of these radio bursts being released every 10 seconds. Michael Kramer, the Max-Planck Institute Direction, notes that the radio bursts last for only a few milliseconds. This means that the astronomers have to be watching the right location at the right time to detect additional signals. If, for example, astronomers could look at the entire sky, all at the same time, they would find radio bursts more frequently.

Co-author Matthew Bailes, a professor at the Swinburne University of Technology, points out that the radio bursts may come from “magnetars,” which can give off more energy in a millisecond that the Sun gives off in 300,000 years. Astronomers contend that magnetars are the most likely source for the strange radio bursts.

The astronomers think that the findings will help them better their understanding of the nature of the space between the Earth and where the bursts were generated.

According to Ben Strappers, a professor at the University of Manchester’s School of Physics and Astronomy, astronomers are unsure about what space is like between galaxies, but these radio bursts will help scientists solve this mystery.

The study’s results are described more fully in the journal Science.