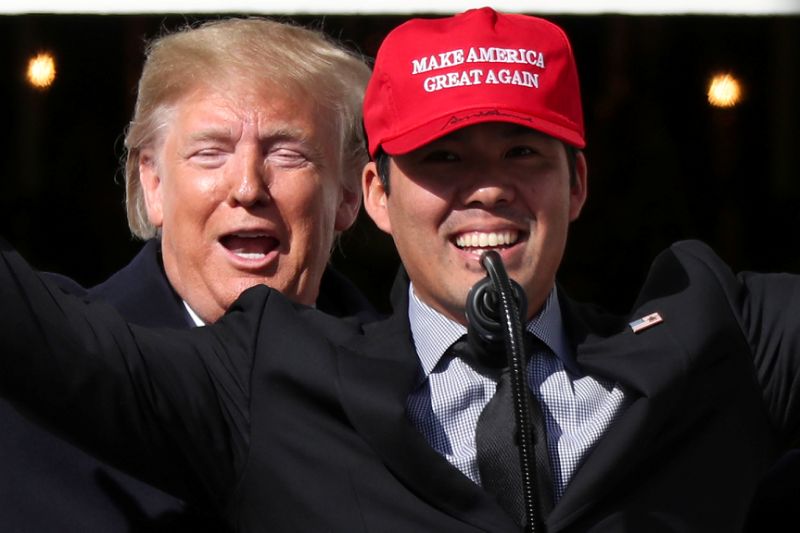 The Washington Nationals baseball team just completed a remarkable season to win the World Series Championship over the team most believed to be the best team in the sport, the Houston Astros.  Almost written off when they got off to a horrific start back in April, the Nats secured a Wild Card slot, defeated the Brewers in a play-in game, took down the National League’s winning-est team, swept the Cardinals and rallied from down three games to two to steal the victory in the Astros’ home park.

The Nationals fans and generally the city of Washington embraced the team in full force, since it was the first World Series appearance from a team representing them since 1933.  The 1933 version lost to the New York Giants in that last contest, so bringing home the trophy was of utmost importance to the fan base so hungry to celebrate.

And celebrate they did. Parties and gatherings went way into the night and the following few days, leading up to a parade through downtown Washington where thousands upon thousands turned out to recognize their new-found heroes and to join in the festivities.

Then, a funny thing happened on the way to the White House. As is the custom, the championship winning team was invited to the White House by President Trump to be recognized.  Many times in the past, teams with differing political persuasions have refused the invitation, and sometimes just a few members of the team declined to attend.

Not every member of the Nationals team chose to attend this time. Closer Sean Doolittle officially said he would not be attending, adding he would have liked to celebrate with his teammates, but stated he just couldn’t do it.  No big deal to most people.

However, some of the National players not only were present, but had the audacity to say kind things to President Trump and about the job he was doing for America. First baseman Ryan Zimmerman thanked the President for keeping America safe and for his part in making America the greatest country in the world.  Zimmerman also presented Trump with a Nationals jersey bearing the number 45.

And catcher Kurt Suzuki committed a heinous atrocity by donning a red MAGA hat in public. Suddenly, the left-leaning fans of the team decided their hatred of Trump overrode the love of the baseball players.  Those fans, preaching tolerance and acceptance as some players boycotted the event, were now enraged that there were some players on the team that may not think exactly as they should.

Suzuki, according to news reports, had to protect his Twitter account due to backlash from fans, and I suppose leftist loons from all across the country.  He downplayed the incident saying he was just trying to have some fun, and that everybody was trying to make everything political.  Suzuki also noted the day was supposed to be about the Nationals winning the World Series, not politics.

It was just a minor incident to be sure, but it is a microcosm of the way people on both sides react when finding out someone is or is not a Trump supporter, or a Sanders supporter, or a Biden supporter.  You think they are wonderful people until that moment when you realize they don’t view every issue as you do.  Then, they go from being a hero to being a villain.