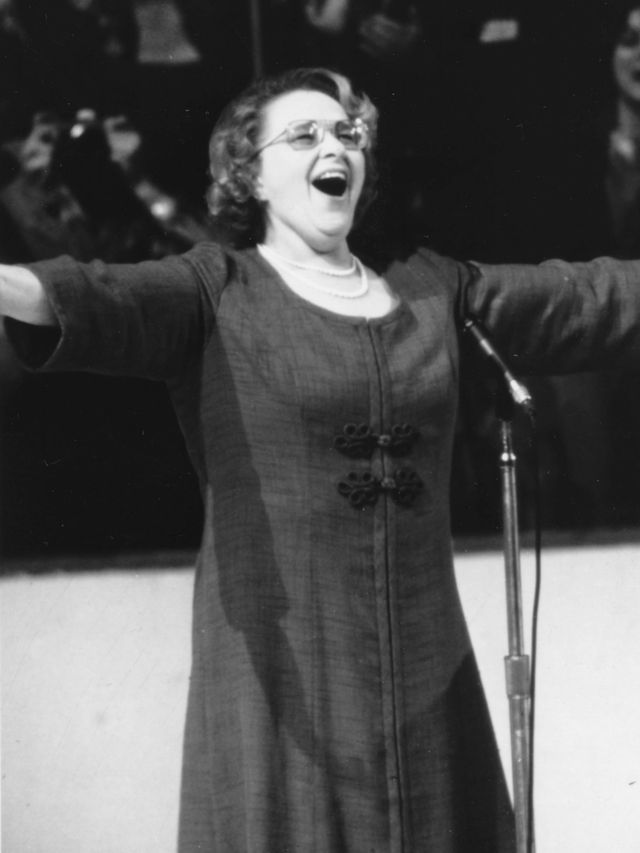 A long-dead singer's patriotic song is being banned by sports teams. Does that do anything to stop racism?

Someone in the front office of the New York Yankees baseball team recently made a profound discovery and it prompted some changes in the traditional observances during the seventh inning at Yankee games.

The Yankees organization uncovered that someone living in the 1930s in America may have had racist views.  In this particular case, it was determined that Kate Smith, who passed away in 1986, recorded a parody song back before the Second World War that contained racist language, including the words “Someone had to pick the cotton. … That’s why darkies were born.”

Of course, most people remember Kate Smith for a slightly less racist song, “God Bless America,” which she also recorded pre-WWII, and which the Yankees had been playing during the seventh-inning stretch at home games for the previous 18 seasons.

But now in the woke culture of today, the Yankees have banned Smith’s iconic song because of the singer’s racist views.  Not wanting to appear less woke, the Philadelphia Flyers hockey team announced they too will discontinue using Smith’s patriotic song at their games, and even took a step farther.  They decided to cover up a statue of Smith that had stood at the Philadelphia Sports Complex since 1987.  Take that, Yankees.

News Flash!  A very large number of white people living prior to the Second World War were racists.  They were brought up with the belief that dark-skinned people were less human that white people.  As abhorrent as it seems today, it was widely accepted at the time.  Boycotting Smith’s song and covering her statue will not change the fact that racist views existed in the past, nor will it impact anyone’s beliefs in the future.

Was Kate Smith a racist?  Maybe, although ironically a collaborator on the song with the offensive lyrics was a black man.  Does that make him racist also?

No one is saying that the song and its repulsive lyrics should not be banned today, but should all the other works of an artist from the past be banned as well?  Should we be deprived of any and all good things that someone accomplished because they were a product of the ignorance and intolerance of their particular time in history?

Consider these words.  “I will say then that I am not, nor ever have been, in favor of bringing about in any way the social and political equality of the white and black races, [applause]-that I am not nor ever have been in favor of making voters or jurors of negroes, nor of qualifying them to hold office, nor to intermarry with white people; and I will say in addition to this that there is a physical difference between the white and black races which I believe will forever forbid the two races living together on terms of social and political equality. And inasmuch as they cannot so live, while they do remain together there must be the position of superior and inferior, and I as much as any other man am in favor of having the superior position assigned to the white race.”

Do you think Kate Smith uttered these vile and disgusting sentiments?  How about a KKK Grand Dragon?  According to the National Park Service’s website, these words were spoken in Charleston, SC, on September 18, 1858, by none other than soon-to-be President Abraham Lincoln as part of the famous Lincoln-Douglas debates.

Should Lincoln, viewed by many as one of the greatest presidents of all time, have all his works and deeds removed from public view because of these misguided statements?  Should we cover the Lincoln Memorial from public view?

Or should we just understand that the ignorance and intolerance prevalent in our history past was a part of what has led to our heightened awareness today, and that we can recognize that some good came from those individuals from that era?  Instead of covering it up, can we learn from it and move on?

Does eradicating history help us heal, or does it do us harm?