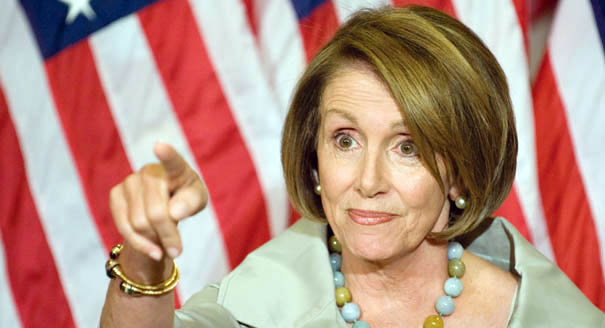 Vote your conscience, or vote with the party? Moderate Democrats are being pressured to make a choice.

It seems there was a little blowup within the ranks of the Democratic Party this past week, and some of the comments should have those who care about their elected officials representing their values becoming a bit worried.

The disagreement was triggered when some 26 moderate Democrats sided with Republican colleagues, resulting in a provision to expand federal background checks for gun purchases, explicitly adding a requirement that ICE be notified whenever an illegal immigrant tries to purchase a firearm.

According to news reports, House Speaker Nancy Pelosi (D-Calif.) took these moderates to task and pressured them to toe the party line.  Also, a spokesman for the new Democrat media darling, Rep. Alexandria Ocasio-Cortez (D-NY) said that Democrats who join with Republicans in voting “are putting themselves on a list,” and that the Representative would try to assist more liberal candidates to oppose the moderates and help to get them defeated in upcoming reelection races.

Why is this concerning?  These moderate Democrats were elected by their constituents, not to do the bidding of Speaker Pelosi or the latest influx of far-left Progressive freshmen representatives, but rather to follow the wishes of these same constituents.  If they are to be blackballed by their own leadership or a faction of the party into voting against their beliefs, those constituents are being robbed of their voice in the political process.

Why not let Speaker Pelosi just decree legislation instead of the debate and voting process, if every member of the party must always vote along the party line?  That’s not exactly as the Founding Fathers envisioned congressional debate to work.  In truth, many of these moderates were elected because they pledged to put the people over politics, apparently the opposite of what the Democrat leadership desires.

I know the same thing happens on the other side of the aisle, and it is just as wrong.  The people of California deserve to have their voices presented and heard by their representatives, as do the people of Mississippi, and every other state.  And those representatives will, and should be, held accountable for their votes, but by the voters and not the party leaders.

Speaker Pelosi should be voicing her concerns and values based on the people she represents.  Rep. Ocasio-Cortez should also be representing the people who voted to send her to office.  Neither should be trying to attempt to influence elections in other states or regions of the country, even if they honestly believe they know better that the other half.

In short, the Democrats are seeking to punish anyone who doesn’t agree with them 100% of the time.  Toe the party line, or else we will work to get you removed and replaced by someone who will.

For a party that talks a great deal about disenfranchising voters, such efforts as these sure seem to be doing so against the voters in the purple states and the moderates.

I’m not sure that’s how the system is supposed to work for all citizens.