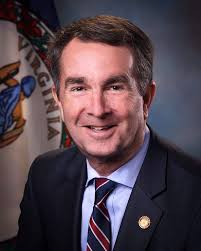 Have we become so sensitive that one incident in a career can permanently disbar one from holding public office?

Back in the fall, I wrote a piece during the Brett Kavanaugh Supreme Court nomination and confirmation hearing process about whether the charges leveled against Kavanaugh justified banning him from public office for the rest of his life.  It wasn’t that I didn’t think the charges were serious, they most certainly were.  The question was if we felt the decades-old incident, as presented, merited the destroying of Mr. Kavanaugh’s profession and even his personal life.

Now, we have Virginia Governor, Ralph Northam (D), accused of appearing in a photo in his college yearbook in blackface, offending millions by his racist actions as a 25-year-old.  The question remains is Gov. Northam actually the student in blackface, is he the one wearing the KKK garb, or was the photo just on his yearbook page and he was neither?

Regardless, calls for him to resign his office surfaced as quickly as the photo, eventually coming from both Republicans and Democrats.  I would be the hypocrite I profess to condemn if I didn’t ask the same question of the Democrat as I did the Republican.  Does this one incident from decades ago warrant the destruction of Gov. Northam’s professional career?

Back in the fall, I urged everyone to look at Kavanaugh’s body of work in total, weigh it against the one-time accusation/incident, and make a sound judgement on the person.  I urge the same thing for Gov. Northam.

I am not attempting to equivocate the two events.  Sexual assault is a punishable crime.  Still, to be fair and honest, you must look at the careers of the perpetrators to decide if you see a sexual predator, or an avowed racist, or someone who made a bad decision one time, when determining a fitting punishment.  Accused first-time offenders often see some leniency in the court systems.

It seems I am asked almost daily, why have Americans become so easily offended?  To borrow a phrase from the 19th century, “Thar’s gold in them thar hills!”   Offended Mercenaries have made small fortunes by promoting a perceived incident of offense into a 48-hour news cycle.  Newspapers and around-the-clock TV news swoop onto such incidents in search of revenue from paper and ad sales, and ratings.

Those promoting the offense profit from interviews, written columns, and book deals, by taking the first bits of information and spinning them into a certain narrative, only to slink away silently after the truth comes out, with cash in hand.

Being offended is big business.  That’s why we now have reporters, masquerading as investigative journalists, pouring over high school yearbooks, hometown newspaper archives, and years-old tweets, searching for a bit of dirt or a out-of-context phrase that seemed harmless years ago, and turning it into a scorching condemnation of anyone in the public spotlight in today’s woke society.

Pulitzer-prize winning journalists who have since passed on must be rolling in their graves to see what has become of the profession to which many dedicated themselves, risking not only their careers, but in some cases their very lives, to expose corruption and malfeasance in government and industry.

Should Governor Northam prove out to be a racist during the course of his administration, Virginia voters have a method to remove him from that office.  I suspect the comments made concerning late-term abortion, being over-shadowed by the blackface photo, will have a greater impact on his term in office in the end.

Nevertheless, this is a matter for the citizens of Virginia to decide, not a pack of Offended Mercenaries, tweeting click-bait headlines for profit.