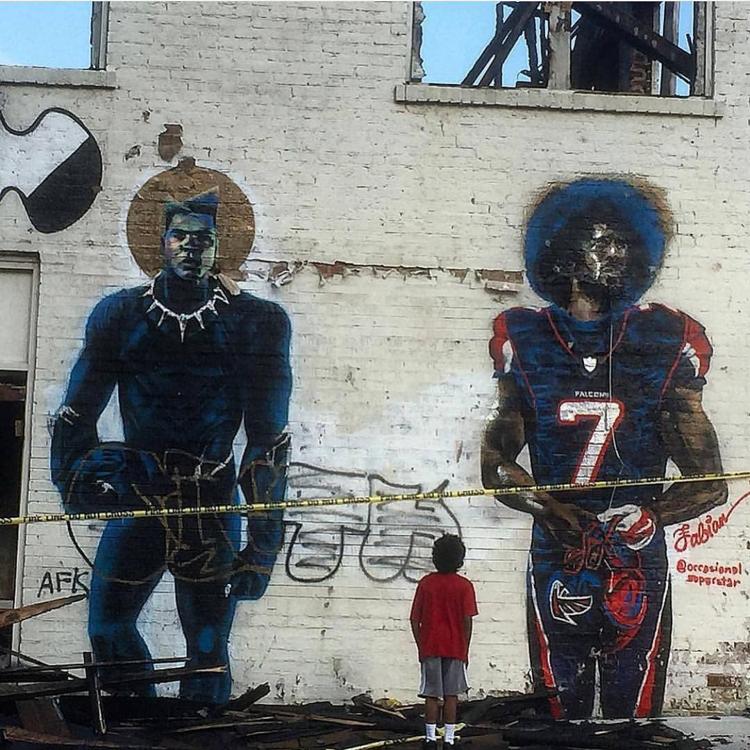 “I got to sacrifice a lot of money to perform. But there's a man who sacrificed his job for us, so we got to stand behind him.” ~Cardi B on refusing to perform during the Super Bowl to support Kaepernick

As game time for Super Bowl LIII nears, Colin Kaepernick, a free agent who has not played in the NFL since the 2016 season, remains on the minds of many. For months, celebrities and fans of the game alike, have made the public decision to boycott the Super Bowl as a pledge of support for Colin Kaepernick.

Since the 2016 NFL preseason, American professional football, has been as much about social justice as it has athleticism. This marked the first time former San Francisco 49ers quarterback, Colin Kaepernick used his platform to raise awareness about inequality in America’s criminal justice system by sitting while the Star Spangled Banner was sung. During the first two games his actions went largely unnoticed.

Prior to the third and final 49ers preseason game, Kaepernick and his 49ers teammate Eric Reid, met with retired Green Beret and former NFL player Nate Boyer to discuss the best way to carryout their “peaceful protest” in a manner that would both be respectful to those in the military, and bring awareness to police brutality. It was this meeting that prompted the change from sitting to kneeling during the national anthem. As the season progressed, the protest gained momentum and other players around the NFL began kneeling. This protest soon became a focal point of the league, and Colin Kaepernick was the catalyst, drawing mixed feelings from fans.

In March 2017, Kaepernick became a free agent. And while other, arguably less qualified players signed contracts, no team added him to their roster. Many fans, analysts, community leaders, and players saw this as a blatant attempt to blackball Kaepernick for his political stance. Like Muhammad Ali before him, his professional career was being stifled in his prime due to his beliefs.

As the world waited to see which team, if any, would choose Colin Kaepernick, Atlanta visual artist Fabian Williams (@occasionalsuperstar) was inspired to create a mural paying tribute to Ali and Kaepernick on an abandoned building at the corner of Fair St. and Joseph E. Lowery Blvd. For well over a year, the mural, which depicted Kaepernick wearing a Falcons’ jersey, stood proudly across the street from the Morehouse College basketball arena. However in the days leading up to the Big Game, the building displaying this powerful piece of visual art, was demolished. Coincidently, or not, the building was located

a mile away from the Mercedes-Benz Stadium, where the Super Bowl will be played on Sunday February 3rd. Regarding the destruction of the mural, Fabian Williams stated, “The fact that the Super Bowl happens here and the weekend when the festivities are gearing up, the building gets demolished is very odd.”

Word of the mural’s demolishing quickly spread via social media and through a story in the AJC. In response, Williams, whose most recent mural “Where Dreams are Made of” was commissioned by Nike, organized an effort to paint 7 Kaepernick murals on businesses near the stadium on February 3rd. A GoFundMe page was established, to support this effort.

On the eve of the NFL’s biggest night, being held in Atlanta, a city inextricably linked to the Civil Rights Movement, the most talked about player has not played for the league in two years, yet his presence continues to be felt. As millions prepare to watch the LA Rams go against the New England Patriots, millions will also continue to tune out. And following this latest attempt to erase Colin Kaepernick’s influence, it appears the NFL may have lost a few more fans.