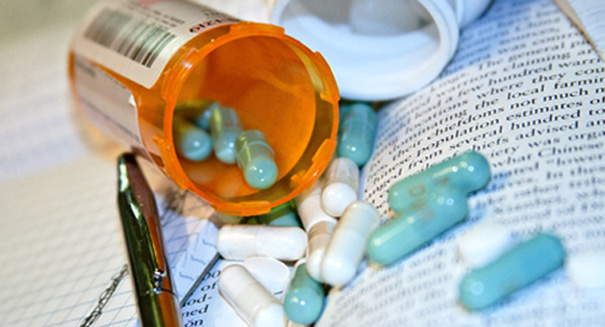 It has long been believed the power of persuasion can be used to influence the opinions of people.  Sometimes the mere suggestion of an illness can cause a person to become convinced they either have the disease or are in the early stages of getting the disease.

When you see a television commercial describing a particular symptom you have been experiencing, you pay a little more attention to see if it fits what is happening to you.  And if it makes a suggestion about a new drug or remedy, you can’t help but wonder if it may be the cure for what ails you.

With all the talk about rising healthcare costs in America, a new report just released by the Journal of American Medicine (JAMA) explores the amount of Direct to Consumer (DTC) advertising by pharmaceutical companies and its impact on prescription drug costs, as well as other types of health industry spending.  There are some interesting takeaways in the report.

According to the report, healthcare spending in the United States is the highest in the world, reaching a total of $3.3 trillion in 2016.  DTC advertising began in the early 1980s in the US.  Along with New Zealand, they are the only two nations in the world that allow the practice.  Prior to 1997, DTC advertisements required a summary of serious and common side effects of a drug that was prohibitive for costly television advertising.  A policy change by the FDA that allowed for short spoken statements of severe risks and referred consumers to other sources to get the complete information about the drug led to increased TV ads.

The spending for DTC advertising jumped from $1.3 billion in 1997 to $6 billion in 2016, some of which is attributable to costlier ads by the networks for sure.  However, the actual number of occurrences for TV ads rose from 72,000 to 663,000 over the same time period.

Interestingly, the report found that while almost all classes of therapeutic drugs saw an increase in spending dollars, three categories, allergy, cholesterol, and osteoporosis drugs, declined, possibly due to these types of drugs losing patent protection and being replaced by generic or over-the-counter medications.

The report states that the total annual spending for marketing of prescription drugs, disease awareness campaigns, health services, and laboratory testing for the year 2016 in the US amounted to $29.9 billion.

The question that begs to be answered is does any of this spending influence patients to ask for and physicians to prescribe unneeded drugs, high-cost non-generic drugs, or medical procedures, thereby driving the cost of healthcare even higher?  Does the subliminal power of TV advertising prompt many patients to seek unnecessary medical attention?

In November of 2015, the American Medical Association called for a ban on DTC drug advertising, citing concerns that “a growing proliferation of ads is driving demand for expensive treatments despite the clinical effectiveness of less costly alternatives.”

It appears the JAMA is also concerned about industry influence, as well of lack of oversight.  Despite the almost tripling of drug promotional materials submitted to the FDA for review since 1997, the number of violation letters issued by the agency fell from 156 to 11 over the same period.

The report states in its Conclusion and Relevance section, “Medical marketing increased substantially from 1997 through 2016, especially DTC advertising for prescription drugs and health services. Pharmaceutical marketing to health professionals accounted for most spending and remains high even with new policies to limit industry influence. Despite the increase in marketing over 20 years, regulatory oversight remains limited.”

This is not to say the pharmaceutical industry is engaging unfair or devious practices.  But we must be aware of unintended consequence and the impact television, print and online drug advertising may have on the public, and its contribution to rising healthcare costs.