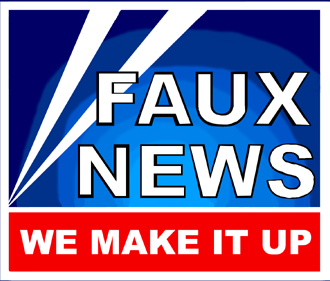 Does the President play the mainstream media with his Tweets and comments? Sure looks like it.

I was never really a fan of soccer, particularly youth soccer.  I do love to see my grandchildren enjoy themselves running around chasing the ball and attempting to kick it.  Sometimes they whiff completely and that is also quite enjoyable.

But as they get older, it seems the games get agonizingly longer, and highlights are few and far between.  That’s my take, and I fully respect those soccer parents who get into the games and yell things at their children from 100 yards away as if they can hear them.

I once went to a high school playoff game and after about a week of playing, the referee ignored the 0:00 on the scoreboard, and allow the game to last another three to five minutes longer, eventually ending in a tie.  The result was a shootout, or kickoff, or something like that, in which one player on each team had five chances to kick the ball past another player standing in front of the goal trying to stop him.

It probably helped that I knew the young man kicking for our team, but that 10 minutes of action was immensely more exciting than the hour and half preceding it.  At least to me.

But youth soccer, and I am talking about kids as young as three years of age, is let’s just say, a little less organized.  It commonly winds up with a gaggle of kids, most of the team actually, forming a perimeter surrounding the ball, which is somewhere in the middle.  At some point, some kid actually kicks the ball and it squirts out of the perimeter and the gaggle disperses to re-form around the ball once it stops rolling.

That’s the part that reminds me of the media’s reaction to President Trump.  Trump will say or do something, and the media will swarm like yellow jackets around a watermelon rind, until Trump kicks the ball (says or does something else) to another area.  Then the press re-forms around that latest statement or action, completely forgetting about the previous one.

And you can never convince me he isn’t doing it on purpose, simply because he knows he can.  I would not be surprised to find out he and a team of writers have dozens more of these in the queue ready to spring on the gullible press at a moment’s notice.

One can almost picture the President sipping a Diet Coke, reading the Twitter storm his latest missive has produced, and claiming it to be a really good day.  Meanwhile, the media, after taking the bait as a moth flies into the flame, feel their heads start to explode.  Trump laughs even harder and looks down the list for the next adventure.

And it’s not just The Donald.  Even the First Lady gets to participate.  You might recall the press popping a cork over her choice of shoes to visit a disaster area, or the jacket she was wearing.  All the left-leaning pundits swarm around the ball, and as soon as one Tweets, the others pile on.

Meanwhile, most rational Americans are looking at this and marveling at what the mainstream media, both right and left, have become.  They don’t see trusted icons of the newspaper and TV news, but partisan reactions to trivial matters that are blown out of proportion almost daily.

Just like the three-year-old kids chasing the ball, so is the media chasing the next trumped up meaningless story to pretend to be outraged about for 24-48 hours.  Only difference is, the kids are cute.