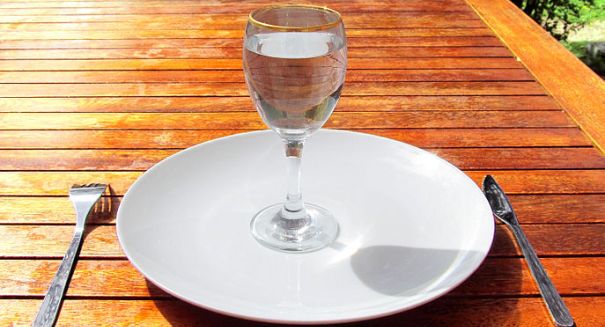 New California bill has good intentions, but is just another nanny-state intrusion into parental responsibilities.

In the latest misguided missive from The Land of Misfit Legislation, the state of California currently has a bill circulating through the state’s legislative bodies that would make water or milk the default setting for a beverage served with a kid’s meal in a restaurant.

Actually, the bill’s wording says it would guide state restaurants to offer water, sparkling water, flavored water, unflavored milk, or a non-dairy alternative to milk.  Ironic choices for a state that seems to be in a perpetual state of drought, but that’s another story.

It seems the bill was entered in response to a growing epidemic of childhood obesity, much of which is blamed on ingestion of sugary soft drinks and soda.  Its proponents cite a number of studies that show childhood obesity can lead to many other serious health complications as adults, including diabetes and certain forms of cancer, as well the sugar-laced beverages being detrimental to good dental health.  The bill says its intent is “to support parents’ efforts to feed their children nutritiously by ensuring healthy beverages are the default options in children’s meals in restaurants.”

So, given those circumstances, it would seem support for this legislation would be a no-brainer.  Who wouldn’t want to pass legislation that would save our kids from a lifetime of health issues?  The only problem, this bill doesn’t really do any of that.

It doesn’t actually ban sugary sodas from kid’s meals, it only requires restaurants to shoulder the burden of reminding the children’s parents that they should limit their offspring’s sugar intake through such drinks.  The parents are still free to opt for the soft drinks, if little Johnny is prone to pitch an unholy fit if denied his beverage of choice.  And nothing is there to stop these un-woke parents from buying an extra drink for them, outside the parameters of the kid’s meal menu.  You can read the bill here.

Of course, parents already had the option of purchasing water or milk for their kids in the first place, so it was a little unclear where this particular piece of legislation was headed at the start.  Then we get to the part about restaurants that may fail to live up to the letter of the law.  The bill provides for fines, after an initial warning, of $250 for the first violation in a five-year period, and subsequent fines of $500 for additional violations within the same time period.

I personally drink water with my meals in most cases and have been doing so for years.  On no occasion have I ever not been able to purchase water with my meal, whether in a glass or a bottle, and while I haven’t purchased a kid’s meal for myself in quite a bit, even the fast-food restaurants where I have stopped in have water available as an option.

But I don’t live in a drought-ravaged state, so I may be missing the point.  Still, I feel this bit of legislation does nothing to stem the rise of childhood obesity, and only provides an unnecessary governmental intrusion into a parental decision and provides extra hardships on eating establishments and those tasked with enforcing the meaningless bill.

Childhood obesity is indeed an epidemic, and the cost in human lives, medicine, and hospital stays is too great to ignore.  But the answer won’t be found in unnecessary feel-good legislation like this bill.  I would hope California’s governing bodies could find a more effective way to combat the problem.  This bill just gives parents the same options they already had, and the government a little more control.