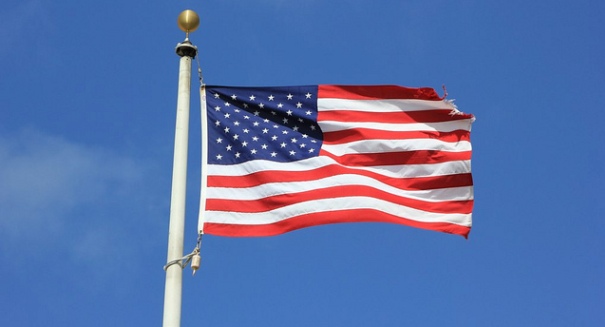 Despite all our problems and differences, the United States of America is still the greatest nation on the planet.

On July 4th every year, we celebrate the birth of our nation with fireworks, barbecues and family get-togethers, but we rarely stop to think during all the festivities just what it took for those who fought for our independence from Great Britain.  Thousands of men went to battle against overwhelming odds and many died in the cause of liberty. Those who survived, along with their families, suffered hardships for years afterwards as the nation was being formed.

When you think about the fact that all of those “heroes,” as we think of them now, were considered traitors during their lifetimes, and capture by British forces could have meant immediate execution, one wonders if we would be prepared to take the same steps if the same conditions existed today.

As our nation grew after winning its independence, there was no road map or set of guidelines for the brave men and women who followed to use for deciding the course of the country’s political and economic direction.  Mistakes were made, some egregious, some less so, but among all these missteps along the way, the nation stayed intact and even prospered.

The relatively tiny band of rebels in the Americas of the late 1700s struck out a course that would see the United States become one of history’s greatest nations, and a force of good throughout the world today.  Sure, there are many things done by our nation’s government of which we should be, and are, ashamed.  But few can argue that America hasn’t done its part to try to ensure freedom and democracy still exists.

Could it have been done better?  Absolutely.  But as they say, hindsight is 20/20, and it’s easy to point out what should have been done.  It is much more difficult to see what should be done in the future to make the nation a better and more successful place.

Many people will tell you they know exactly what needs to be done going forward, but just as many will disagree with that original assessment.  We see evidence of that every day in our political discussions.  We are currently a deeply divided nation.

But, that isn’t something that is unique to our time.  Check out the history books to see how much in disagreement the architects of our constitution were as it was being formed.  And in less than one hundred years, the nation underwent a bloody civil war because those and other differences couldn’t be reconciled.

But the United States of America survives still, more than 150 years later.  It is troubling to me to see so many polls that indicate that a large number of American citizens are saying they are not “proud to be an American.”  It makes me want to ask, of what nation would you be proud to be a citizen, if not America?

I read an article earlier today that spoke of poverty in the United States, and it mentioned the level of poverty here would be welcomed in many third-world countries across the globe.  I think about those who criticize the government and our elected officials, and those who harass them in restaurants and in public places, and I think about a number of nations where those acts would get you imprisoned or executed.

I wonder if the press, so easily offended by President Trump’s tweets, ever stop to think how they would be treated in certain countries if they spoke out with dissenting voices about the government.  I wonder why Hollywood celebrities, so mistreated in the US, don’t move their headquarters and residences to other nations.  They could certainly afford to leave.

As for me, this is my country, warts and blemishes notwithstanding.  As we pause to celebrate our nation’s birth, I stand proudly to say I am an American, and I thank God that I was born, and still live, in the greatest nation on Earth.