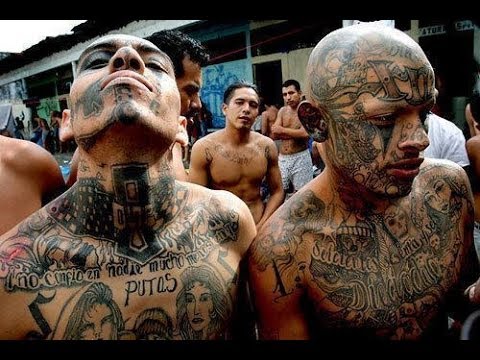 Did Trump "dehumanize" MS-13 gang members by calling them animals, or did they earn the distinction?

I try to keep an open mind, and that leads me to quite often read columnists that are not conservative, in fact, many of which are pretty much as far left as it can get.  I believe you should at least attempt to see the other side’s point of view, lest you just get stuck in a quagmire of self-agreement that merely reinforces your preconceived notions and beliefs.

Rarely do any of these polished and astute writers convince me to change my mind on a particular issue, but regularly I find myself understanding their position better and why they could be arguing a point in such a fashion.  Again, I believe this type discourse is preferable to the point-counterpoint drivel that comes from both sides of partisan politics.

But, I just finished reading an article that attempts to chastise President Trump for referring to MS-13 gang members as “animals,” a comparison that he made at a White House event that included a number of California officials concerned about the state’s policy of non-cooperation with immigration officials.

Anyone with clear reasoning, after watching the comment and the preceding discussion, would see clearly that Trump was not referring to all illegal immigrants, as the press attempted to paint. But still, some wish to continue to strike a wide brush to his comments.  This is being done solely for political gain and to enforce the notion that Trump is a racist and wishes to deport all immigrants and rip their families apart.

I was not shocked at such a response; anything that can be used to demonize Trump and his administration is fair game for a one-sided press.  The part that bothered me was the statement that Trump was attempting to “dehumanize” MS-13 gang members, assumedly to rally his base of “deplorable” supporters, right-wing gun nuts, and the masses of racist white people who voted for him in 2016.

Sorry, but when MS-13 gang members rape, kill and mutilate the corpses of their victims, they “dehumanized” themselves in the process.  Trump had nothing to do with that.  In fact, their supposed motto, according to the Department of Justice, of “mata, viola, controla” – which means “kill, rape, control,” pretty much takes away their right to belong to a civilized human species.

The kind of violence being spread by these individuals and the gang in general cannot be considered as acceptable human behavior by anyone.  If this kind of violence is not “animalistic,” then how would you categorize it?  What is the socially acceptable term for such behavior?

The word “inhumane” is defined as without compassion for misery or suffering, and is derived from inhuman, meaning not human.  Is there really a difference in calling someone inhumane or an animal?  Surely, one would consider the actions of MS-13 as inhumane, at the very least.

If these are the kinds of battles that the left views as crucial, i.e., semantics over a description of a violent, lawless gang, I won’t be surprised to see Trump in the White House for another term after 2020 at all.