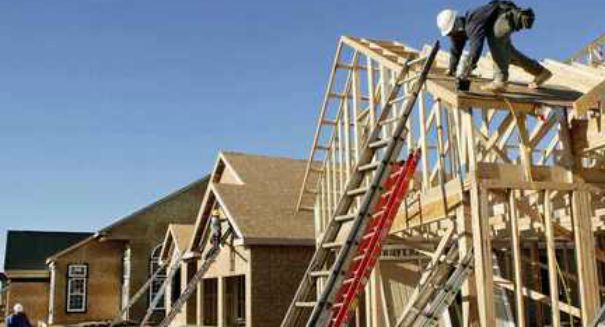 Dem Senator introduces bill to guarantee jobs to workers, but what are the unintended consequences?

The Affordable Care Act, commonly known as Obamacare, started out with the best of intentions.  At least that’s how it was presented to the American public.  The Act was supposed to provide affordable insurance to millions of Americans who could not pay the costs of insurance premiums and healthcare coverage on their own.

While that happened to a certain degree, the Act was unsustainable, and the brunt of the cost has been borne by the working middle-class Americans who already had reasonable insurance.  But, with skyrocketing premiums and ever-increasing deductibles, the Act has caused many self-employed and lower-middle class workers to find themselves now unable to afford the “affordable” insurance they had been accustomed to having.

And still, many Americans simply chose not to participate in any form of insurance coverage, finding it cheaper to pay the cost of their infrequent doctor visits and government fines for not having insurance than the cost of having coverage.

The truth is the Affordable Care Act was actually an attempt by the left to take over the healthcare insurance business and make the American voters even more dependent on “Big Daddy” government to supply them with their basic wants and needs.  By being dependent on the Democrats to take care of the voters, the left moved to ensure the voters would reciprocate by electing Democrats to government offices.

So, what’s next on the government takeover of the American economy?  Well, Sen. Corey Booker (D-NJ) has introduced a pilot program via a bill called the Federal Jobs Guarantee Development Act, which would “Authorize and fund the creation of a 3-year pilot program at the Department of Labor (DOL) to test the promise and impact of a federal job guarantee in up to 15 diverse communities and regions,” according to a press release.

The bill would essentially guarantee a job to anyone who wanted one in these communities, eventually at a rate of $15/hour, phased in over time, plus healthcare and family leave time.  These jobs would be in fields such as “…child and elder care, infrastructure, and community revitalization.”  Sounds pretty good on the surface, doesn’t it?

There are some concerns, however.  The bill says the funding for the programs would come from the US Treasury appropriations, but doesn’t exactly spell out how the money for the bill gets into the Treasury’s bank account.

But, it seems the larger concern would be the impact of a “guaranteed” job for everyone.  Suppose the market doesn’t have the demand for extra infrastructure and community revitalization efforts?  Labor is only a part of the cost of such projects.  Who supplies the money for building materials?  How will private investors hope to remain profitable, facing such additional costs?

Who will pay these workers to sit and wait for the next work project?  And how will the doubling of the labor cost impact the cost of other construction projects in the area?  Sure, when you are making $15/hour you may be able to afford to buy a home at today’s prices, but what will tomorrow’s prices be, with costs rising due to increased demand and when you factor the extra labor costs incurred by local contractors trying to compete for quality laborers?

And who is going to work in local grocery stores and restaurants for $10/hour when they are guaranteed a job at $15/hour?  Those businesses will also have to raise prices to offset additional labor costs, or close their doors.  As it is said, the rising tide lifts all boats, which can also be applied to increasing labor costs and the market price of goods and services.

Under such a plan, local contractors will soon be forced out of business, being unable to hire and afford quality workers while in affect competing with governmental price fixing.  And as it follows, the government will soon control the construction industry as well.

Maybe the pilot programs should be allowed to proceed.  Maybe they will show that I am wrong, and they may actually work, but I don’t expect to get an honest evaluation of their effectiveness from either the right or left.

But if Obamacare taught us anything, government intervention usually causes more problems than it alleviates.