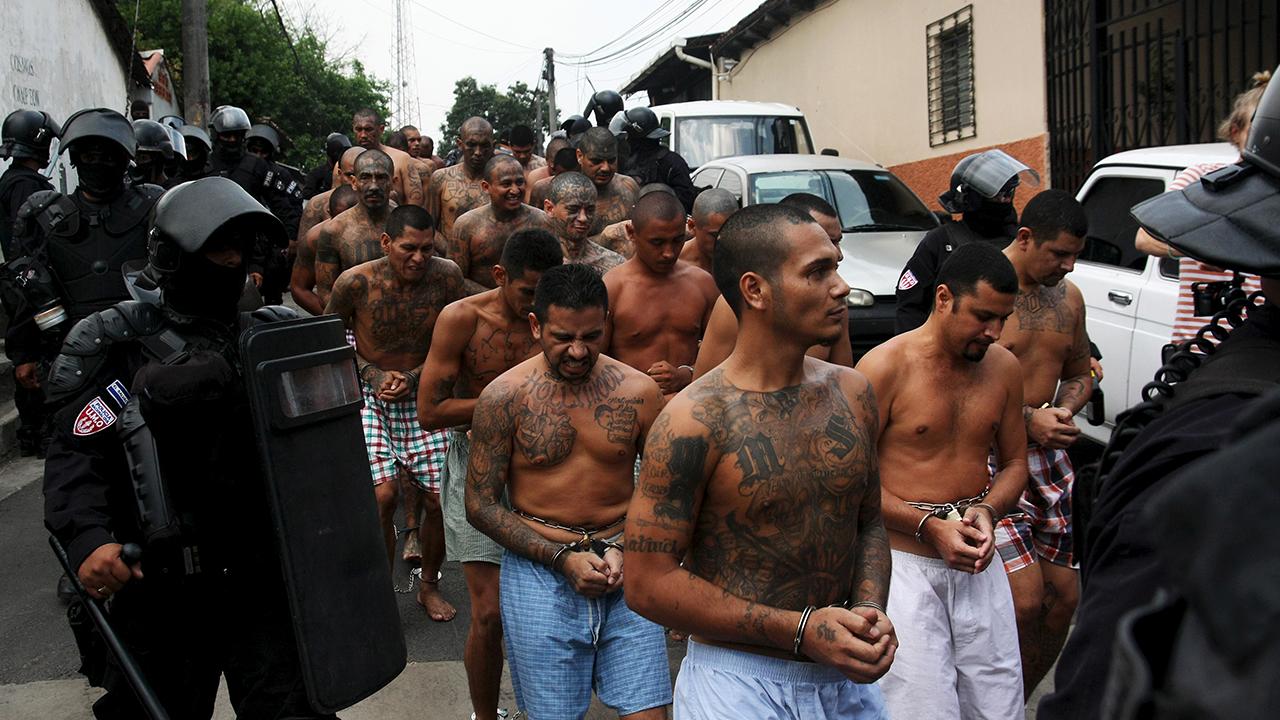 Trump, like Obama, is targeting MS-13 -- and for good reason.

In his recent State of the Union address, President Trump called attention to the brutal murder of two teenagers by the violent transnational gang known as MS-13.  The parents of the slain children, still evidently grieving, sat quietly in the gallery as some assembled congressmen, mainly Republicans, stood and applauded.

It was a poignant moment – one of several in the course of Trump’s address — but it must have left many television viewers – and some attendees — confused.

Why?  Because MS-13’s not exactly a household name.  Americans of all backgrounds may be familiar with gang violence and its effects.  But it’s more likely they’ve heard of African-American groups like the “Bloods” and “Crips,” which are featured in a slew of Hollywood movies, and which account for the highest proportion of gang-related deaths in American cities.

MS-13, while present nationwide, is concentrated in just a few major metropolises, and the group has its roots in Central America.  In fact, unless you live in eastern Los Angeles, Long Island, New York, or the Washington, DC metropolitan area — three of the regions where MS-13 is most active and where it has conducted some of its most savage killings — you might not have heard of MS-13 at all.

But the group– and a related gang, Calle 18, which Trump did not mention – has a unique provenance and profile.  It owes its origins to the 20-year American-backed war against the guerrilla insurgency in El Salvador starting in the 1980s.  In the middle part of that decade, teenage Salvadorans, often without their parents, and without legal papers, fled the violence and began sneaking into the United States, settling in Los Angeles at first, but eventually spreading East.  Many became petty criminals and ended up in American jails.

That’s how the group first got started, under its founder Ernesto Miranda.  But MS-13 soon morphed from a prison gang into a powerful street gang.  And once MS-13 members started getting deported or returning home to escape detention by immigration authorities, they brought their gangland ways back to their naïve lands, setting off national crime waves that have never really abated.

MS-13 may have no more than a quarter of its total membership – estimated between 30,000 and 70,000 – on US soil, but such figures are misleading.  The group operates on a transnational scale with ongoing movement around the entire North American continent, including Canada as well as Mexico.   US enforcement efforts may have helped reduce the number of MS-13 members residing semi-permanently in the US, but that hasn’t prevented the group from expanding its scope of operations and influence.

If anything, MS-13 has grown more nefarious with time.  In the late 1990s, MS-13 started moving into more lucrative criminal operations, especially prostitution, sex trafficking, kidnapping, extortion, money laundering and drug dealing.  And over the years, the Salvadorans have been joined by a growing number of nationals from neighboring Guatemala and Honduras, allowing MS-13 to expand Central America-wide, and to adapt to local conditions.

Experts say each national group exercises considerable autonomy, which allows them to fashion their own policies, alliances, and preferred methods and areas of criminal operations.

One of the more controversial aspects of MS-13’s profile is its relationship to the Mexican drug cartels.  In 2010, MS-13 came to the attention of the group known as Los Zetas, the enforcement arm of the Gulf Cartel, comprised of renegade former members of the Mexican army’s Special Forces division.  MS-13 eventually forged alliances with most of the other major Mexican drug mafias, including the Sinaloa cartel and La Familia Michoacana.

But not all of the national groups – for example, in Guatemala or Belize — have agreed to collaborate with the drug lords.

Some analysts believe that MS-13 members, especially in El Salvador, may have received arms and weapons training from the cartels and have become incorporated as “auxiliary” enforcers.   But it’s more likely that MS-13 is helping to distribute drugs on the streets while serving as a grassroots intelligence network to help thwart anti-drug operations.

In fact, some local MS-13 groups insist that they buy their drugs separately from the cartels.  And it’s unlikely that the cartels would try to incorporate a gang that is notoriously disorganized and undisciplined, and in the end, unlikely to listen to anyone but themselves.

While Trump didn’t mention it, MS-13 is not the only transnational Latino gang that authorities worry about.  The other is Calle 18 or Barrio 18, whose origins lie among undocumented immigrants from Mexico.  Like MS-13, Calle 18 had its original base in Los Angeles and over the years the two groups have fought for turf and influence.

Calle 18 also has ties to the Mexican drug lords, perhaps even stronger than those of MS-13, and the group has also been held responsible for domestic US killings, some of them wrongly blamed on MS-13.

Is Trump wrong to place so much emphasis on MS-13 as a source of street violence?   It may seem so, if you look at crime statistics in the aggregate.  Nationally, MS-13 accounts for less than 4% of all gang-related deaths.  And arguably, because MS-13’s methods of violence are sometimes so brutal – for example, using gruesome mutilations of bodies by machetes as a terror tactic – its killings do tend to get more high-profile media attention.

But Trump’s right:  the killings are also becoming more frequent.  For example, in a 17-month period from 2016 to 2017, at least 17 people were killed by MS-13 in the immigrant enclave in Suffolk County, New York alone – almost 40% of all homicide deaths recorded in that county over the same period.  And these killings do tend to target other immigrants, like the Cuevas and Mickens children, whose only real crime was walking to school.

Given MS-13’s involvement in the drug trade and other illicit activities tied to narco-traffickers, it’s hardly a surprise that the group has become a top US law enforcement priority.

And that emphasis long predates Trump.  In 2012, President Obama’s Treasury Department formally designated MS-13 a “transnational criminal organization” (TCO), allowing law enforcement and other agencies to exercise special methods to combat its growth and influence.  Obama stepped up surveillance and intelligence operations and began trying to infiltrate the gang with informants.  Trump has inherited – and amplified — this priority and wants to add more resources to the fight.

Still, it’s not clear that trying to suppress a gang with such deep roots by force will actually work, according to scholars that have conducted in-depth research with MS-13 members.  Many local law enforcement agencies are also skeptical about an escalating war against MS-13, fearing that it will backfire.  Without legal status and avenues for economic mobility, a crackdown might simply push more young undocumented immigrants into the ranks of MS-13, they say — spelling death for other promising teenagers of color like the Cuevas and Mickens girls, and more grief and misery for their families.