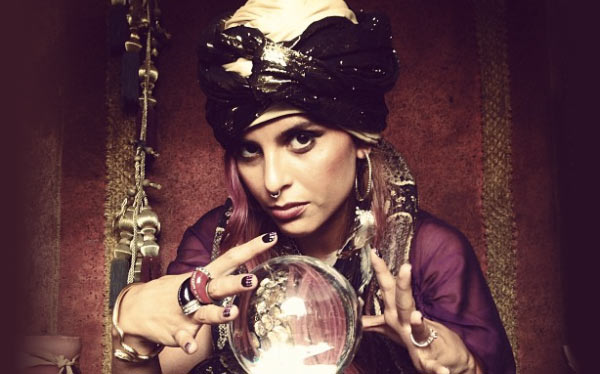 Continued economic uncertainty, sweeping social changes, and a desire for greater control over their lives has many Americans searching for a "genie"

Did you just find out that your husband is cheating on you?  Was there a sudden wrenching death in your family?  Is your son a hopeless drug addict?

Americans face personal tragedies every day.  And they typically seek comfort and solace from those around them. But in an era when bonds of intimate friendship may be dying – and churches may no longer provide the personal sanctuaries they once did — more and more consumers are turning to social media websites for emotional support.

And increasingly, that means not just their Facebook network — but anonymous “hotlines” staffed by freelance “psychic advisors” that may have no real clue what you are going through – or why.

Crystal ball readers, fortune tellers and “mediums” are nothing new, of course.  Romanian “gypsies” — with their dingy hole-in-the-wall storefronts offering palm and Tarot card readings – have been part of the urban landscape for decades.  But with the rise of the Internet, a flood of high-priced cyber-advice from reputedly mystic realms has become a booming – and apparently “legitimate” — big business (over $2 billion and growing).

The number of web sites offering “psychic advice” has mushroomed since the Great Recession of 2007-2008 — and even more so in the last few years, as Americans begin to earn more income but are still desperate to know how and where to spend it, who to marry, and how to “get ahead.”

The reputed best of the current sites is called “Psychic Source.” It’s considered the best because the advisors are supposedly put through a rigorous screening program to demonstrate that they have “real” psychic talent.  It turns out that this test is administered by a single person who apparently has the ability to determine if someone else has her same “gift.”

The problem, of course, is that no one knows who this person is — and even a rigorous Internet search will not turn up much.

What is the gift?  It’s usually described as “clairvoyance” – the ability to see into the future — or “clairaudience,” a sister art that relates to the sounds of words and names.  Clients pay psychics to tell them what’s likely to happen in their life in the short-, medium- or long-term.   But while the potentialities may be mapped out, the outcomes aren’t.   Knowing what the future might hold still requires you to seize the moment and not let your “destiny” slip by.  Advance notice can also alert you to dangers to avoid before it’s “too late.”

The way Psychic Source works is highly appealing on the front end, partly because of the cost structure.   The company offers “introductory” packages for 10-, 20- and 30-minute readings priced at $10, $20, and $30 – which seems eminently reasonable and hardly likely to ruin someone’s bank account.  One registers with the service and then contacts a “customer care representative,” who provides access to dozens of audio-recorded profiles of the psychics on-call and available at that moment.

It’s a bit of a scam, of course.  Once the introductory session with your chosen psychic is finished, getting back to that same person – at his or her “normal” – and astronomical — rate of $4.99 to $7.99 per minute, with a $60.00-$110.00 minimum – will cost you.  And there’s only a 30-second warning given before the introductory session is concluded.  So, if you feel your session is incomplete, you will have to pay quite a bit just to reconnect, even briefly, with the psychic you chose to speak with.

As one might expect, the vast majority of the on-call psychics are women, usually middle-aged, and apparently single or divorced or widowed, in most cases.   Most of the women seem to specialize in “love and romance” while the few male psychics available have a stronger emphasis on “business and professional” issues.

It’s not clear who most of the clients are – their demographic backgrounds, for example — but judging from the wait times listed, the male psychics seem especially busy.    One might have to wait an entire day to speak with one of them.  The female psychics, partly because of their sheer number, are more readily available.

How do you know what you’re getting?  You don’t, of course, but the sheer presence of the psychic may be reassuring for some.  A customer care representative told me that many people are so distraught when they call that they will gladly pay for more time once they get access to such a safe and reassuring person to talk to.  The adviser invariably tells clients that they will get through their challenge, need to be strong, and may offer a prediction – and then suggests a call back to check up on the situation.

Once that initial emotional bond is established, many clients spend thousands of dollars with the same psychic, hoping for “deeper” guidance on what they might do next.

Is a real service being provided here?  Sure, at some level.   It’s just not the exaggerated one being advertised. Personally, I have no doubt that some individuals are born with and develop hyper-intuitive abilities to perceive what others are thinking and feeling; and many of these same people are drawn to helping others.  They’re generally called “empaths.”   They have an uncanny ability to delve into people’s minds to “sus out” their deepest hopes and fears.

Many people are not aware of their own thoughts and feelings, or are deeply conflicted.  A true empath can help them sort through the emotional clutter to feel more settled – and “empowered.”  If nothing else, clients receive a half-hour of attentive listening from a person who offers them compassionate advice, personal affirmation, and boundless optimism.  For many, it “works.”

The web is filled with lots of criticism – and some praise – for these services.   Psychic Source has maybe a hundred online “reviews” from customers, many of them complaining that the service failed to fulfill its “promise.”   The second most widely used psychic hotline, Keen.Com, comes in for much heavier criticism.  Disgruntled customers frequently suggest that the service – which makes no claim to even “screen” its own advisors — is engaged in outright fraud.