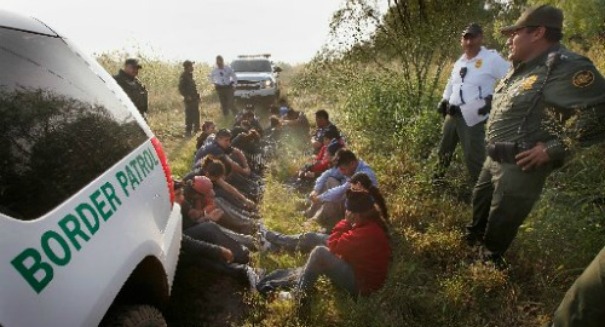 Failing to act on immigration reform caused the problem with DACA, and only legislative action can solve it.

It’s kind of hard to get mad at the Dreamers.  They are those who were brought here illegally by their parents and have lived most of their young lives in the United States, for many the only place they can remember living.  Sure, you can find fault with the parents for coming here illegally, but if you take a reasoned look, most of them came to the US to seek a better life for themselves and their families.  It would be hard to say we wouldn’t have done the same thing if we were in their shoes.

Still, we as a nation and a government, are dealing with what to do with the Dreamers, with thoughts ranging from complete amnesty to 100% deportation, with most people somewhere in between.  Unfortunately for those Dreamers caught in a seemingly unending limbo, the what-to-do has become a political can consistently being kicked down the road.

We are where we are today because we didn’t deal with the situation in the past.  Sure, there were Executive Orders, unenforced immigration laws, and all manner of other dodges, but the fact remains.  Congress has failed to enact meaningful immigration legislation for decades, despite being a campaign promise in almost all elections.  No one party is at fault; it is one of the few bipartisan efforts that Congress has successfully contrived.

Now, after a political grandstand using DACA as a way for Democrats to energize their base, we are facing another round of talks about this same situation.  And Republicans are energized even more than the Democrats, but in the opposite direction.  One can easily see a scenario that after rounds of debate, the DACA question is going to be kicked a little farther, because neither side has across-the-aisle support for any significant legislation.

Let’s face it.  Dreamers are here to stay.  No one, Republican, Democrat, Libertarian, Green Party, or any other political affiliation wants to be seen as ripping families apart and sending them back where they came from, especially those who can’t remember ever being where they came from.  So, let’s quit posturing and find a path to legal citizenship and participation in the American way of life for these immigrants.

Second, no one should be opposed to deporting those who participate in criminal activities in the US, or those who refuse to participate in the path to citizenship.  The only problem with that is deporting them doesn’t seem to be working, as there are thousands of cases where criminals were deported and simply walked back in through our porous Southern border.  So, logically, any solution to the Dreamer problem must include some form of border security, and it doesn’t have to be an actual wall, if that is going to be a sticking point.

Thirdly, immigration reform should include the elimination of the so-called “chain migration” policy. The reform should be one that focuses on merit-based immigration along with family-friendly immigration.  But it should be limited to parents and minor children, not distant relatives that would make the chain expand exponentially.  But, it should also include provisions for refugees.

The United States was built on immigrants, but it was based on immigrants that came to America and were able to assimilate to American society, while being able to keep their own cultures alive and well within their homes, families and friends.  In short, they became Americans.

The decision to come to our shores was based on the belief America was a better place than the one they left behind.  Too often immigrants find themselves abused, abandoned and suffering as much here as in the country from which they fled.  Or failing to assimilate because they fear deportation if they call attention to themselves.

Our lack of action on immigration reform, including border security, has caused this problem.  Only our actions on meaningful legislative reform, not continuing resolutions or executive orders, can solve it.